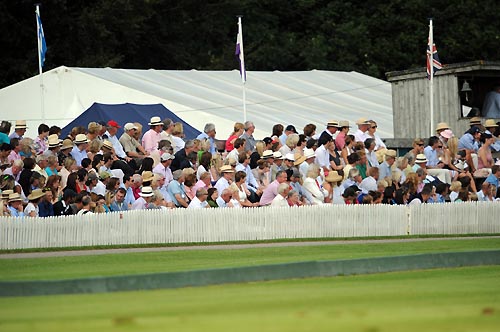 There’s more to attending a polo match than just watching the game.
As opposed to the majority of other spectator sports, active participation is a necessity in polo, which is why total awareness is key and why many come equipped with refreshments to have at hand in case of becoming hot and bothered by the excitement of the game. On arrival, beware of the temptation to park too close to the field. Balls, as well as horses, are known to tear into the safety zone and not until you are parked at least as far as ten yards away can you guarantee on feeling safe from being trampled on. You want to be able to have your mind solely focused on the polo game, as opposed to worrying about the safety of your car. 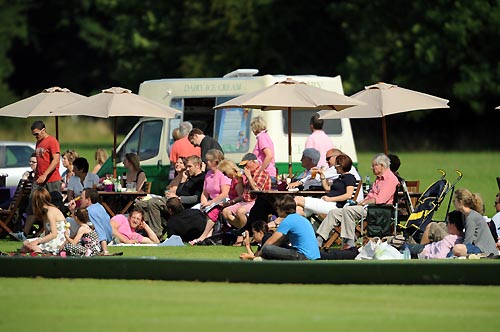 Also remember to maintain your consciousness of the whereabouts of the ball and the horses. It’s not unusual for the excitement to escape further than the field itself and numerous inattentive spectators have had close counters with charging horses.
Although there will always be plenty of chances to be filled-in on the details of the game by any of the officials or players, bear in mind the number of goals scored by each player and don’t forget that the teams switch ends after each goal. 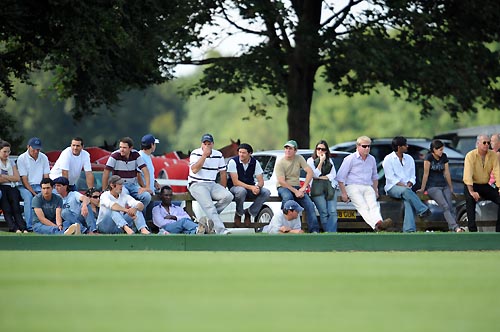 The most uniquely interactive part of polo for spectators is where they themselves come onto the field to “stomp the divots”. Here, the onlookers are invited to help flatten the surface of the field during the break after the third and sixth chukkas. The idea is to eliminate unwanted clumps of earth by treading them back into the ground.
Without a doubt polo is not a sport to be taken too lightly and the attention needed from a spectator should never be underestimated.