The event kicked off with a grand parade of all the local beach ponies and a world championship winning band. It is followed by the first of two local horse races which had the spectators cheering as they flew down the beach. These races for the locals are significant as the champions proudly show off the win to tourists visiting Hua Hin. The tournament is jointly organised by Thai Polo & Equestrian Club co-owners Harald Link and Nunthinee Tanner.

The spectators loved the fashion show on horseback featuring celebrities and modelling the latest summer collection from Santa Barbara and Misty Mynx.

The Beach Polo final started at 4 pm when the temperatures had dropped a little from a high of 40 degrees, Thailands hottest day this year. The two teams from Thailand and a joint team from China/Korea had been anticipating a tight match with winds coming from one end making it hard to get the ball up into the wind. As it turned out this made for some great moments when the ball either flew or was stopped making the players work hard to get goals. And there were plenty of goals to watch.

The first goal came in the second half of the first chukka from Argentine professional Diego Gomez for the China/Korea team. The second chukka saw the first goal by Justin Jin also for China/Korea followed by two goals from Thailand’s Worajit Wongkraso “Ead”.

A break was needed to help cool the players down and fortunately, a light covering of cloud came over dropping the temperature, it was comfortable to play again.

The third chukka had just one goal scored by David Ko for China/Korea taking them into the lead on handicap.

Ead, took another goal at the start of the 4th chukka, levelling the match followed quickly by a goal from Diego Gomez. Thailand responded with another goal from Ead. The spectators were cheering and getting very involved with every play encouraging the teams along.

The 5th and final chukka saw no less than five goals scored between both teams. Diego Gomez led the chukka taking them ahead, followed by David Ko and Justin Jin also for China/Korea. In the closing minutes, Harald Link for Thailand scored two goals in quick succession, but it wasn’t enough to level the scores. China/Korea won 8 goals to 7.5. A very entertaining, good spirited match with tonnes of action for the spectators to watch and cheer along too. 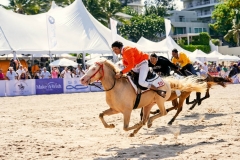 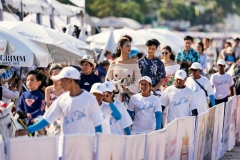 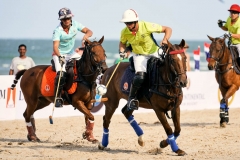 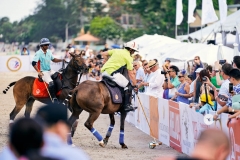 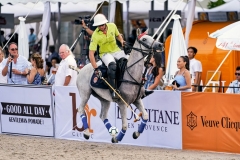 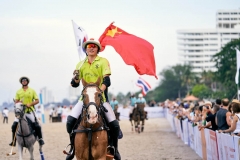 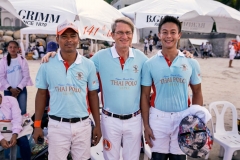 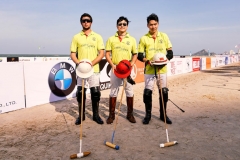 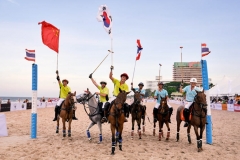 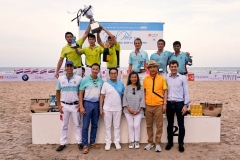 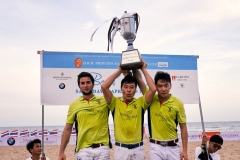