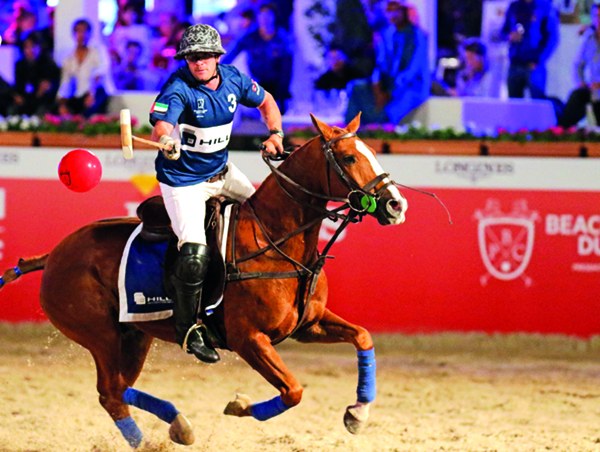 Dubai (POLO+10 – 15/12/2017) – It is the outstanding venue at the Marina of Dubai surrounded by the lightened skyscrapers and the most exclusive set-up oft he polo arena, which makes the Beach Polo Cup Dubai presented by Nissan this year again to one of the most glamorous polo events in the world.

Four teams compete for the trophy at the uniquely set up polo arena and all matches are livestreamed to the Dubai Television and to international polo media. On the first day of the tournament, team HILLS Advertising met Team Royal Pearls featuring Dr. Piero Dillier and Andreas Bihrer from Switzerland, Moritz Gädeke from Berlin and the Argentinean pro Lucas Labat. Taking the lead in the first chukka by 3:1, Royal Pearls started powerful and put the pressure on the English Jan Bladen (Dubai resident), the last years winner Sam Instone and Juan Jose „JJ“ Storni from Argentina, who is playing a brillant debut in Dubai. But from the second chukka on the encounter developed to a very tight and even game with a final score of 9:8 in favour of Royal Pearls which will meet Nisan Leaf in the final today.

Thursday’s second match featured the Albwardy brothers Tariq and Rashed playing alongside Matias Machado, who is a pro from Argentina and the resident instructor of the Desert Palm Polo Club. Their team Nissan Leaf found an easy and paceful access into the match against ArtMarine with Ayyad Damouni, polo whizkid Rashed Al Sayegh and Maxi Malacalza. From the very first beginning, Nissan Leaf took the lead with a remarkable good playing Rashed Albwardy and did not give it up until the final score of 6:3.

In the break between the two matches the huge audience empathically applaused to diverse artistic horse actions and dressage presentations in a spectacular lightshow.

Sam Katiela, Managing & Creative Director of mamemo productions: „It was a thrilling opening day of the Beach Polo and a great success on both sides for the Polo game and the entire surrounding. People left with a big smile!!

Today, teams ArtMarine and HILLS Advertising will play for the third place at 6 pm. The final will feature Team Nissan Leaf and Royal Pearls. We expect thrilling matches and an awesome After Party. Watch the Matches LIVE from 6 pm on! 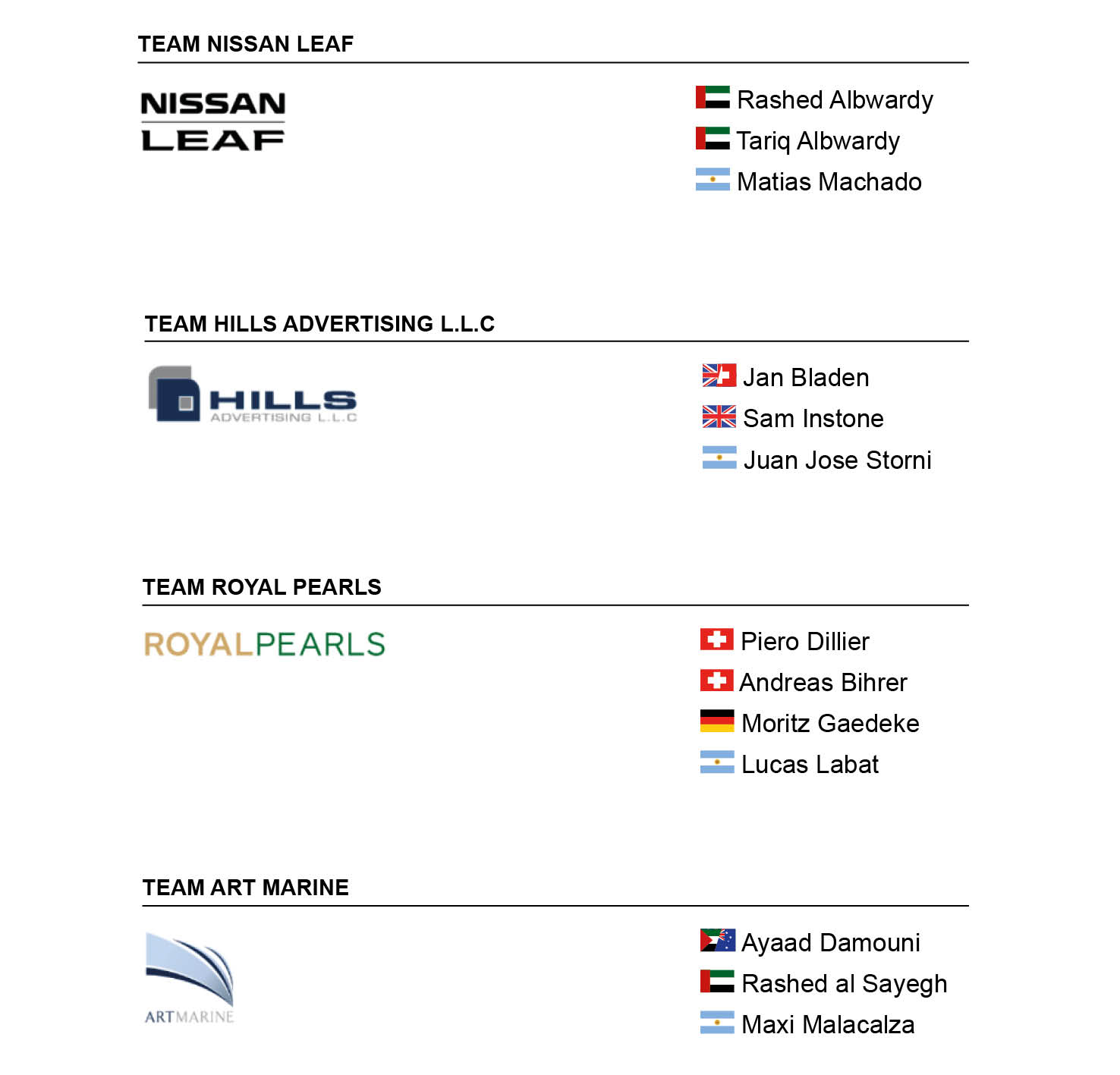 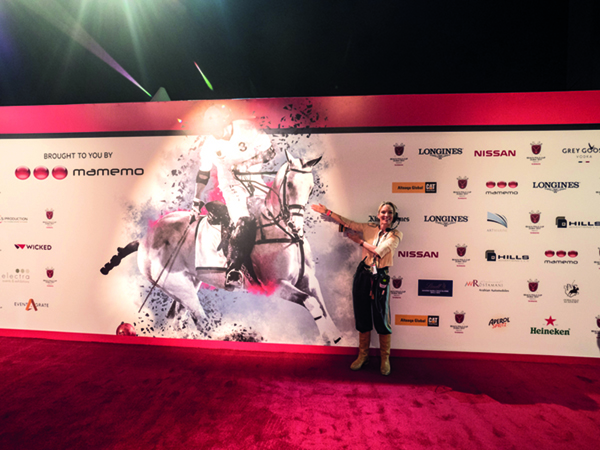 For the first time, the Beach Polo Cup Dubai 2017 presented by Nissan has limited tickets available in the VIP Majlis Zone at AED700 per person, which includes event entry, high table seating and unlimited food and beverages. This year’s event will have a greater capacity for spectators, with tickets available for the popular Shams Zone at AED60 per person, including entry to the event and free seating with F&B cash bars available. Live DJs will keep you entertained throughout the event, with the vibrant festivities continuing until the early hours, visit www.platinumlist.net for more details.