Competing in a playoff for the last spot in the C.V. Whitney Cup® quarterfinals, Coca-Cola and Cessna met at Everglades to keep their title hopes alive in the first leg of the Gauntlet of Polo®. Led by a 10-goal performance from Rufino Bensadon, Coca-Cola emerged victorious, capturing the 13-7 win and a quarterfinal matchup against Scone.

In a game that was ultimately decided on the penalty line, Coca-Cola’s Bensadon converted 8 of his 10 attempts, while Cessna was held without a single penalty attempt. Despite the vast difference in penalty opportunities, Cessna only committed three more fouls, yet each one proved to be more costly as Coca-Cola stood strong defensively in their own end. A position shift to bring Nico Escobar forward into the #2 position paid off for Coca-Cola has he provided his first two goals of the tournament, while Julian de Lusarreta made an impact defensively at the back. Never trailing, Coca-Cola effectively prevented Cessna from producing a consecutive stretch of goals to secure the 13-7 victory and advance to Sunday’s quarterfinal.

Early foul trouble for Cessna led to two penalty conversions for Bensadon, a Penalty 2 and Penalty 4, that gave Coca-Cola the quick 2-0 advantage. Opportunities from the field were limited for both teams until play opened up in a fast-paced second chukker that produced five goals. After Escobar extended Coca-Cola’s lead to three, Cessa’s Gringo Colombres responded with back-to-back goals to give his team momentum entering the last chukker of the first half. Charging forward, Cessna continued to create chances at goal, but inaccurate shooting kept Coca-Cola ahead by three due to the play of Escobar and Bensadon, who worked effectively to add a goal and an assist each to finish halftime ahead 7-4.

Turning their focus to the defensive end, Coca-Cola swarmed Cessna in the fourth chukker, leaving little time and space for runs to goal and preventing their opponents from finding the scoreboard. A Penalty 2 conversion for Bensadon proved to be the only offense in the chukker, but the game dramatically turned in favor of Coca-Cola in a decisive fifth chukker. Unable to keep Coca-Cola off the penalty line, Cessna committed four fouls, leading to three more penalty goals for Bensadon, who also added a field goal to extend Coca-Cola’s lead to a nearly insurmountable seven goals with just one chukker remaining. Two goals from Camp Campbell cut the deficit to five, but Coca-Cola ensured the victory with their strong play and the 10-goal performance from Bensadon to claim the last spot in the C.V. Whitney Cup® quarterfinals. 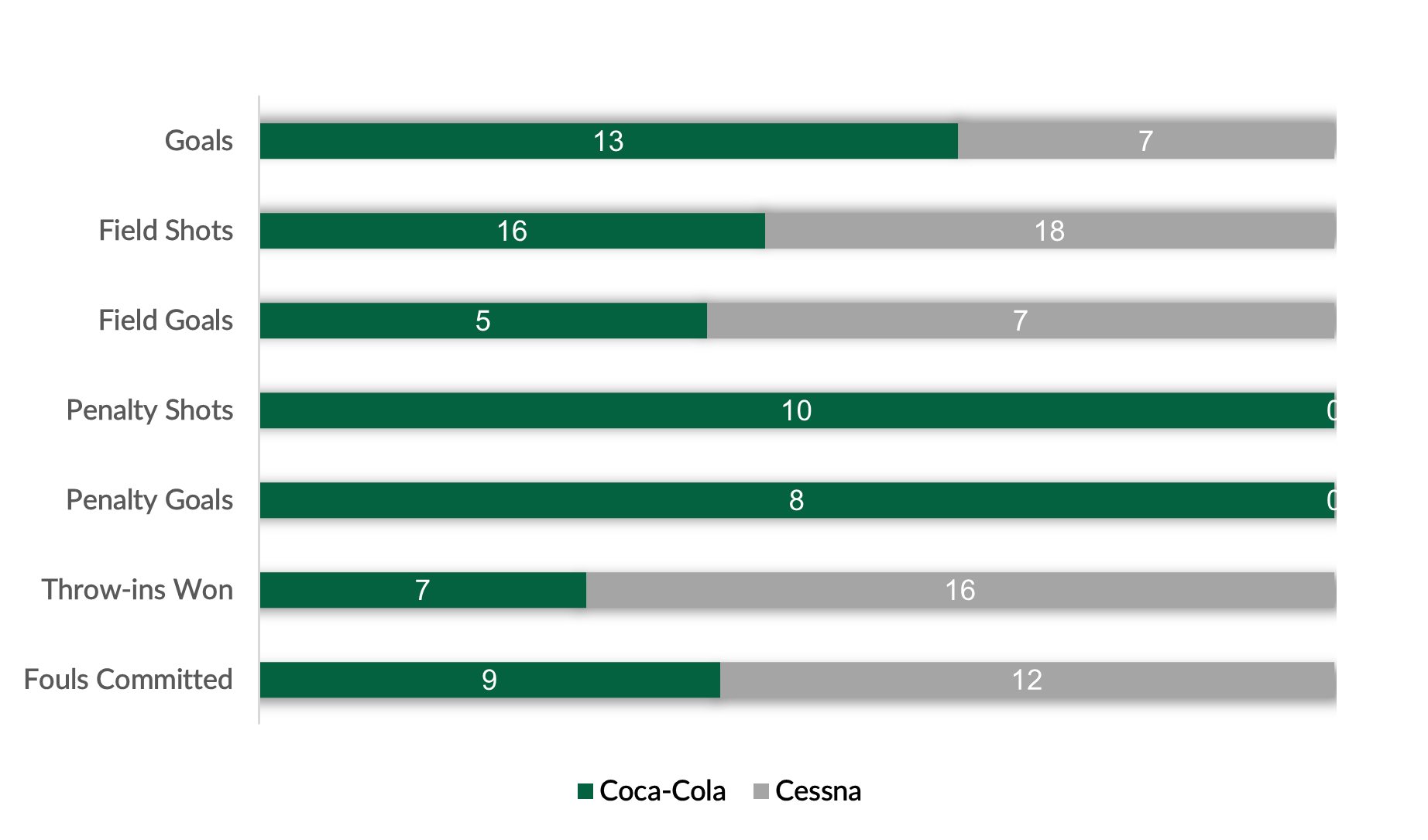