With Murus Sanctus and Monterosso each looking for their first victory of the tournament, the crucial match-up began as the two teams traded goals from the field on contributions from Alfredo Cappella for Murus Sanctus and Matias Gonzalez for Monterosso. Taking advantage of Monterosso’s early foul troubles, a three-goal second chukka allowed Murus Sanctus to seize a one goal lead off penalty conversions from Marcos Araya and Capella. Following a successful drive from Monterosso’s Pablo Mac Donough, Murus Sanctus continued to find their offensive rhythm on back-to-back goals, including Capella’s second conversion of the half and Facundo Sola’s first. Despite a final push from Ignacio Toccalino in the field for Monterosso, Murus Sanctus ability to outshoot their opponents early in the contest combined with four penalty goals gave them a 6-3 advantage at the half.

Cutting into their three-goal deficit, Monterosso emerged from the tent with goals from Pablo Mac Donough and Toccalino, but a strong response from Murus Sanctus’ Capella in the field and Araya at the 30-yard line kept Murus Sanctus ahead 9-5. Taking over the fifth chukka of play, 9-goaler Mac Donough went a perfect 3 for 3 at the line to convert for Monterosso for the first time in the match. Holding Murus Sanctus to just one penalty goal from Araya, a four-goal fifth chukka brought Monterosso back to within one. Kicking-off the final chukka of regulation, Mac Donough’s seventh goal of the contest put Monterosso even with Murus Sanctus 10-all. Despite surrendering their lead with the possibility of overtime looming, Murus Sanctus’ defense kept a driving Monterosso off the board for the remainder of the sixth chukka. Displaying grit and discipline in the final minutes of play, one final goal from Sola made all the difference to deliver Murus Sanctus their first victory of the tournament 11-10. 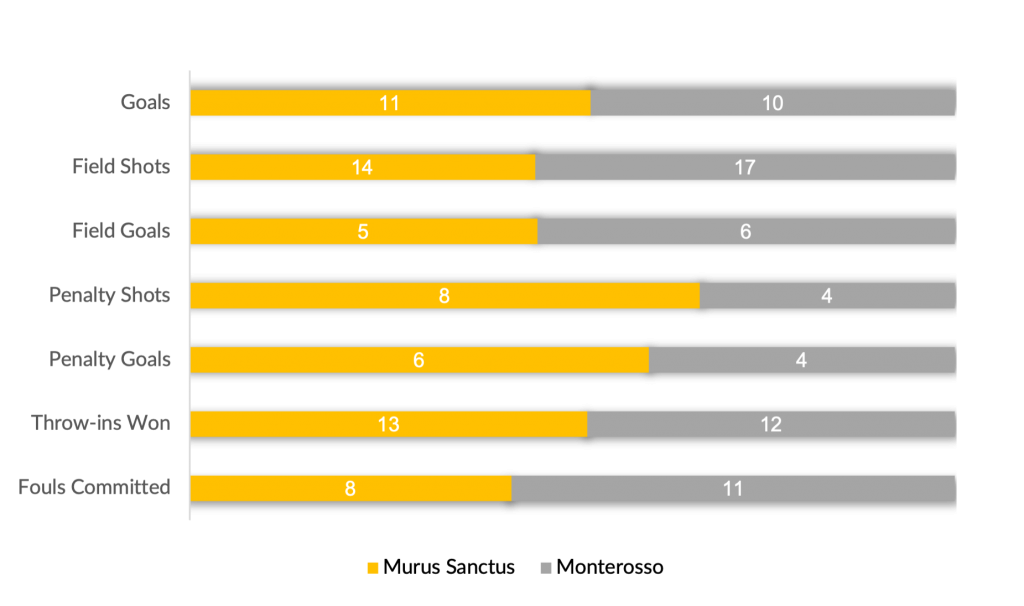 Coming off a statement win against Thai Polo NP, Great Oaks LL sought their second win against a Vikings team still searching for their first. Conceding one goal on handicap, Great Oaks LL’s Cruz Heguy began the contested affair with a goal from the 40-yard line, only to be matched by Vikings’ Juan Martin Zubia. Outscoring Vikings in the second chukka, goals from James Beim, Juan Martin Nero and a second conversion from Heguy pulled Great Oaks LL even with Vikings 4-all. Matching each other stride-for-stride, a key penalty goal from Zubia and Nero’s first from the field ended the half with the two teams deadlocked 5-5.

Emerging from the break, Vikings’ Zubia broke the stalemate first to open the fourth chukka, but back-to-back goals from Heguy at the line and Nero in the field reclaimed a narrow one-goal Great Oaks LL advantage. Providing their first defensive shutdown of the match, Vikings held Great Oaks LL to just two shots from the field, as two-goals off the mallet of Zubia turned the tables once more to put Vikings back in the lead. Trailing by one, Nero quickly erased Great Oaks LL’s deficit hitting the goal for his fourth of the day, as Heguy capitalized on a Vikings penalty once more. With yet another lead change, Great Oaks LL attempted to hang on for a narrow 9-8 victory, but Vikings had other plans as a brilliant drive from Mark Tomlinson sent the thrilling affair to overtime. Stepping up defensively, Great Oaks LL prevented Vikings from attempting a shot, as a detrimental foul allowed Heguy to drive the golden goal through the posts for the 10-9 Great Oaks LL victory. 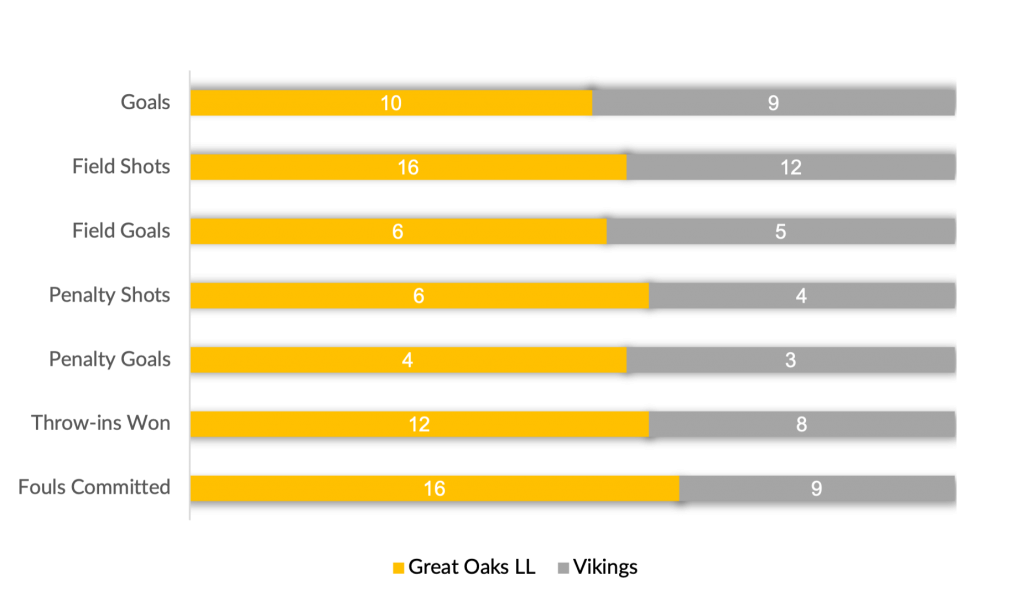