Great Oaks LL Hold on for Narrow Victory Over Monterosso

The second day of the 2021 Gold Cup for the British Open Polo Championship featured just one game between Great Oaks LL and Monterosso on the Lawns Ground at Cowdray Park Polo Club. Coming down to the final play of the game, Great Oaks LL’s Bartolome Castagnola scored nine goals to lead his team to the narrow 10-9 victory.

A match where 12 of the 19 goals came from the penalty line, the stop and start pace prevented too many breakaway runs as the two teams continued to mark their defenders closely. Held to just one field goal through four chukkas, Great Oaks LL struggled to find a consistent source of scoring until Castagnola began to convert from the penalty line where he scored seven of his nine goals. Winning their first five games of the Cartier Queen’s Cup, Monterosso was on track for another strong showing until 11 second half fouls resulted in them conceding their lead and ultimately making it difficult to produce a comeback, falling one goal short in the 10-9 defeat.

A slow, controlled pace was set over the opening two chukkas as Ignacio Toccalino led Monterosso’s attack. A Penalty 2 conversion provided the only offense in the first chukka with Great Oaks LL unable to convert any of their three attempts at goal. Adding two more goals in the following chukka, Toccalino continued to lead Monterosso on the offensive end, while David Stirling effectively prevented Great Oaks LL from providing a response. The low-scoring first half ended with a Penalty 2 conversion and field goal from Castagnola, but those were the only goals Great Oaks LL could generate, trailing 4-2 entering halftime. 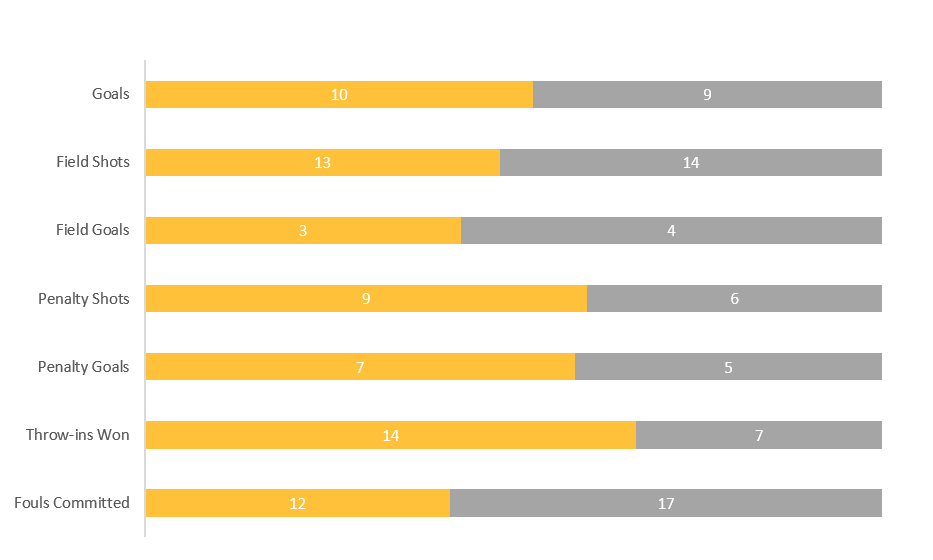 Foul trouble plagued Monterosso to begin the second half, committing seven fouls alone in the fourth chukka, allowing Great Oaks LL to push into their first lead of the match. Provided with five penalty attempts, Castagnola converted four while Monterosso were unable to produce any offense of their own after consistently conceding possession on the umpire’s whistle. Quickly turning a two-goal deficit into a two-goal lead, Great Oaks LL held control of the game entering the final two chukkas and maintained their lead by continuing to take advantage of opportunities from the penalty line. Bringing his total to nine after a final penalty goal in the sixth chukka, Monterosso was facing a two-goal difference, but after Toccalino brought Monterosso within one, the final bell sounded before another throw-in could occur, resulting in the 10-9 victory for Great Oaks LL.