A crucial day for three 2-1 teams looking to secure their place in the Queen’s Cup quarterfinals, play began with UAE Polo Team facing Marques de Riscal at Manor Farm. The opening chukka proved to be a display of skill from Bartolome Castagnola as he scored all three UAE Polo Team goals on perfect shooting from the field and a Penalty 2 conversion. Holding an early 3-1 lead, UAE Polo Team looked to have the momentum in their favor, but Marques de Riscal produced a strong end to the first half against the defending champions, scoring four of the final five goals. In search of their first victory, Caset led the charge with three goals during the stretch while UAE Polo Team were limited to just one shot in the third chukka, trailing 5-4 at halftime.

A foul-ridden fourth chukka resulted in the two teams exchanging penalty conversions, including a Penalty 3 for Louis Aznar, substituting for Alejandro Aznar on Marques de Riscal. Still behind by one, UAE Polo Team stepped up the pressure, forcing Marques de Riscal into two more fouls that ultimately led to penalty goals for Castagnola and Tomas Beresford. The catalyst in the fifth chukka, Beresford added a goal and an assist from the field to push UAE Polo Team ahead by three. With a victory in doubt at halftime, UAE Polo Team finished the game on an 8-1 run to ensure the 12-8 win and their place in this weekend’s quarterfinals. 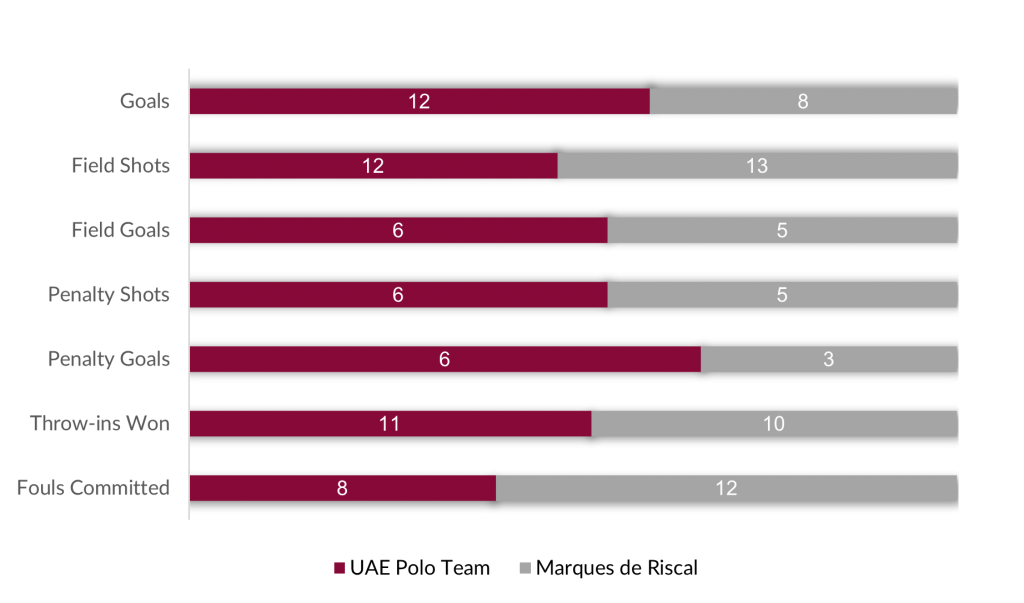 The second match of the day featured 2-1 King Power against 2-1 Monterosso with the game holding heavy implications for advancing in the tournament. Fighting for the victory, a back-and-forth game ensued, coming down to the final chukka to determine the winner. Monterosso received a boost with 9-goaler David Stirling returning to the line-up, along with Diego Cavanagh replacing Ignacio Toccalino. The rain poured down making for difficult conditions, but Stirling wasted little time in scoring his first goal after Matias Gonzalez stole the ball and set up Stirling on a run to goal. Stepping into the King Power line-up for a second time, Pablo Mac Donough highlighted a strong response from King Power, as they would score five consecutive goals over the first and second chukkas to take a commanding lead. However, in a game full of momentum changes, Diego Cavanagh brought Monterosso back into the game from the penalty line where he converted three opportunities and help his team pull even at 6-all.

Retreating to their tents, sunny skies would show for the remainder of play under the tense final three chukkas. Monterosso struck first with consecutive goals from Alessandro Bazzoni and Cavanagh to hold a narrow lead, but a resilient King Power would battle back in the fifth chukka, completed by a long pass from Mac Donough that was carried through the goal by Top Srivaddhanaprabha. Deadlocked at 9-all and a spot in the quarterfinals on the line, Weisz stole the ball in front of goal to score his fifth of the day and put King Power ahead by one. Quickly followed by a Penalty 2 conversion from Mac Donough, King Power claimed the hard-fought 12-10 victory to improve to 3-1 and join UAE Polo Team at the top of League Two. 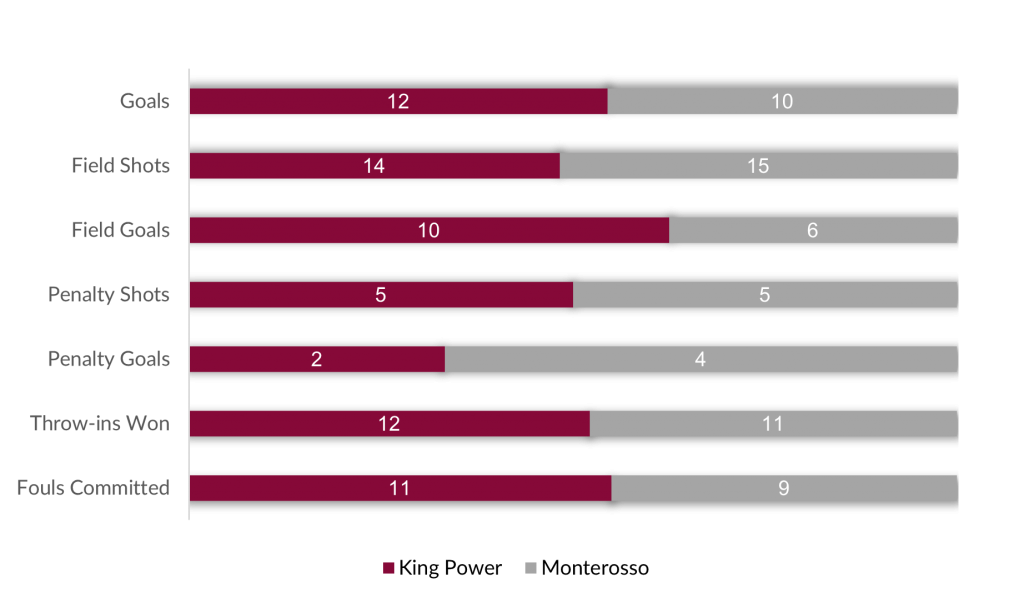