The conclusion to the 2022 Gauntlet of Polo® and U.S. Open Polo Championship® featured La Elina and Pilot competing in the finale on the U.S. Polo Assn. Field 1 at the International Polo Club Palm Beach. Continuing their exceptional play from the season, Pilot captured their second consecutive title and captured the prestigious U.S. Open Polo Championship title with the 11-6 triumph over La Elina.

Entering the final with the tournament’s best defense, Pilot’s organized strategy limited open runs to goal for La Elina while committing just three fouls to leave the game in open play. Limiting La Elina to just five field goals on 29% shooting from the field, Pilot excelled in open play, led by Gauntlet scoring leader Facundo Pieres, who finished with eight goals in the victory, while also contributing two assists. Behind a dominant 5-0 third chukker, Pilot built a significant seven-goal lead and relied on their exceptional defense throughout the second half to complete an 11-game unbeaten streak dating back to February and finish the season as the champion from the field of 20 teams in the U.S. Open Polo Championship®.

Extending on his Gauntlet scoring lead in the opening chukker, Facundo Pieres stole the ball near midfield and completed the breakaway run to give Pilot the 1-0 lead just 45 seconds into play. Adding two more goals in the first chukker, Pieres drive the Pilot attack forward while holding La Elina to just a single goal from Jared Zenni. Withstanding the early pressure from Pilot, La Elina’s Facundo Obregon brought his team back within one in the second chukker. After restoring their two-goal lead, Pilot exited the second chukker break with a relentless offense that broke the game open. Scoring five consecutive goals on perfect shooting from the field, three goals from Pieres along with one goal each for Mackenzie Weisz and Matias Torres Zavaleta resulted in a 9-2 lead in favor of Pilot at halftime.

Facing a Pilot team that conceded just 6.8 goals per game in the tournament, La Elina faced a difficult task in mounting a comeback over the final three chukkers but began the chukker with back-to-back goals from Zenni and Juan Martin Obregon. Pieres’ seventh goal of the game ended the short run for La Elina, leaving Pilot just two chukkers away from victory. Content to shoot at goal from distance and avoid a quick counterattack from La Elina, Pilot fired five shots at goal, but their only offense came on a Penalty 2 conversion for Pieres. Unable to reduce the six-goal deficit any further, La Elina was running out of time with one chukker remaining. Shooting at goal during any available opportunity, La Elina managed just one goal on their six shots in the final chukker as Pilot effectively contained their opponents to capture the impressive 11-6 victory to be crowned the U.S. Open Polo Championship® winners for the second time after capturing the title in 2019. 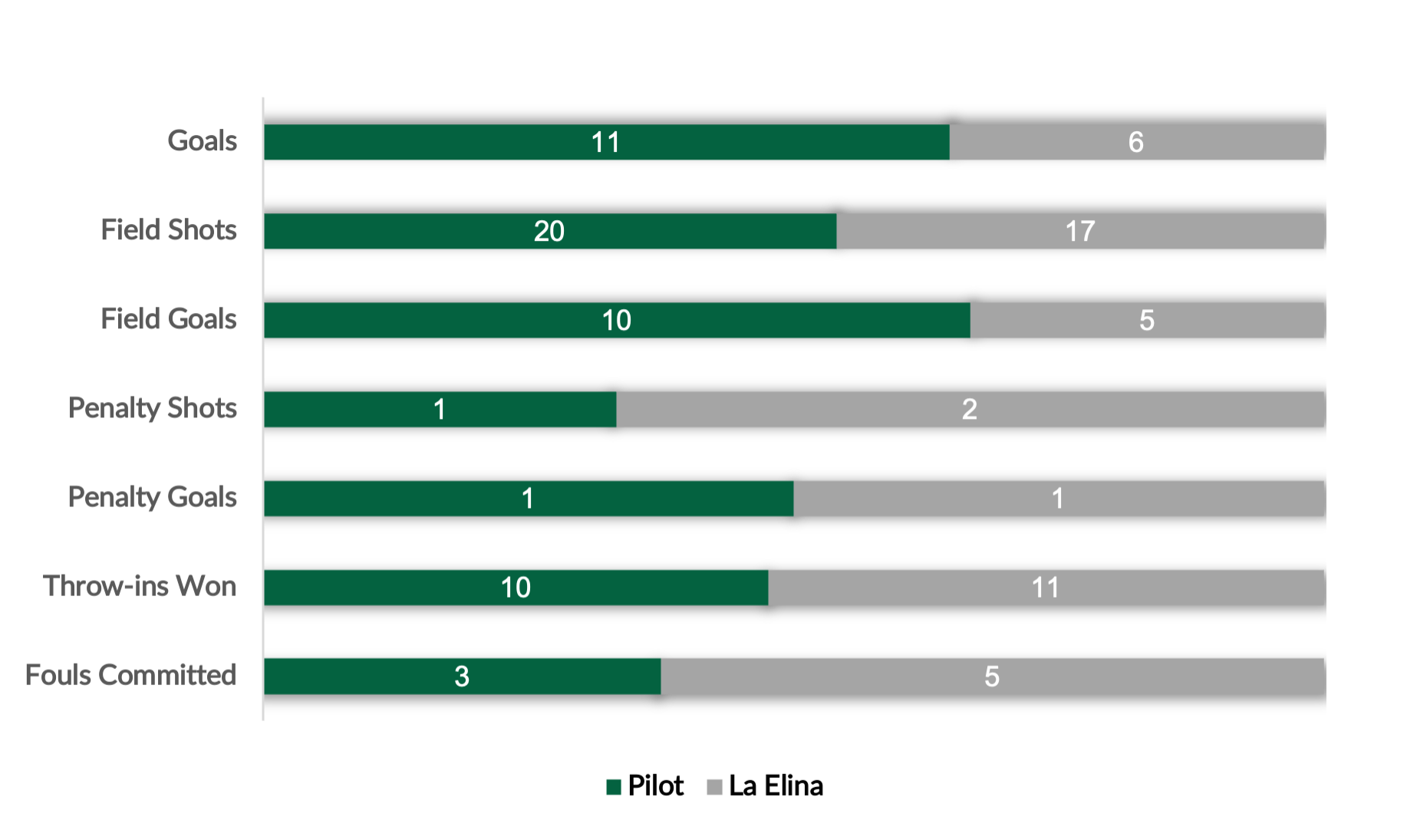