Sunday’s final of the 2022 Talacrest Prince of Wales’s Championship Cup saw Park Place successfully defend their title, coming from behind to beat the Bey family’s BP Polo (received two goals on handicap) in a fast and at times flying game on The Queen’s Ground. When these two teams had met in the league stages, Park Place claimed a three-goal victory with BP Polo keen to turn the tables in this final. Demonstrating their intent from the start thanks to some strong play from Joevy Bey, on the receiving end of two passes, Beh converted both attempts to give BP Polo an impressive 5-1 lead just moments into the second chukka.

Now facing a four-goal deficit, Park Place’s attack was ignited by Santos Merlos, who drove forward from the back of the game to score three of Park Place’s four unanswered goals to tie the match 5-all. Now on even footing, the two teams exchanged goals in an evenly matched third chukka with Hilario Ulloa adding his third penalty conversion, while BP Polo continued to take advantage of their chances from the field, receiving field goals from Joevy Beh and Rufino Bensadon to leave this exciting final tied at 7-7 entering the break.

Putting their slow start behind them, Park Place began to generate momentum early in the second half, establishing a proficient attack behind the trio of Ulloa, Santos Merlos and Juan Britos. Contributing a goal each, Park Place raced ahead by two, with Joevy Beh’s fourth field goal providing the only response for BP Polo. Playing at an electric pace in the fifth chukka, Ulloa singlehandedly scored four goals as part of a 7-1 run for Park Place that began in the fourth. With the momentum now firmly their favour, and Merlos added his sixth goal of the match to complete the run as BP Polo faced a monumental task, trailing by six with time ticking down. Producing two goals, BP Polo brought their total up to eleven goals, which would be a winning score in most games, but Park Place’s attacking play excelled in front of the crowd on The Queen’s Ground as their second consecutive title came within reach. Substituting for Sam Wisbey in the sixth chukka, Andrey Borodin made an immediate impact for his Park Place organization, scoring the final goal to secure the 16-11 victory for Park Place. 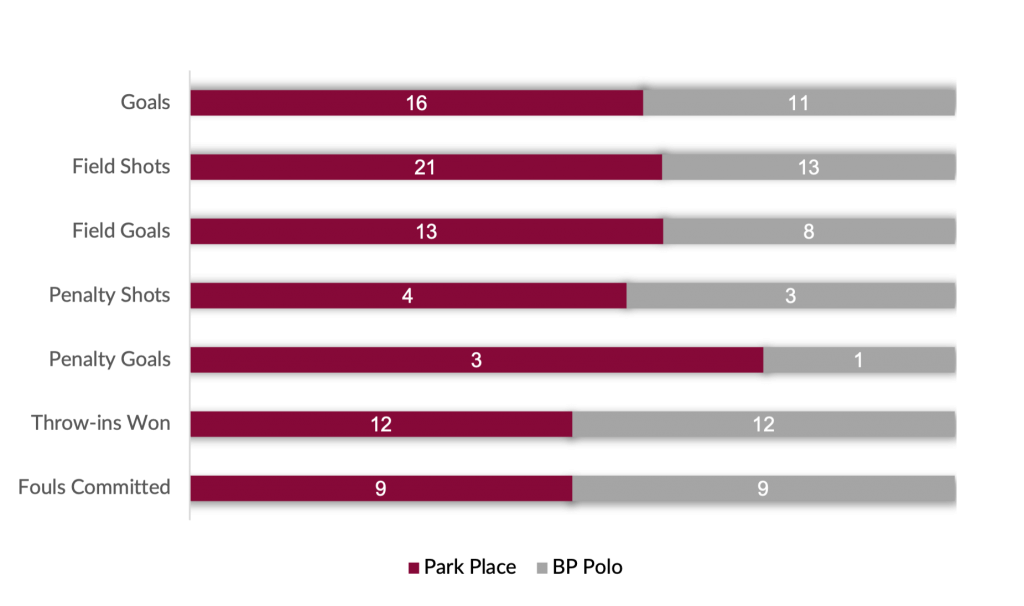 John Collins, founder and owner of Talacrest Classic Ferraris and sponsor of this 22-goal contest, presented the trophy to Borodin and prizes, including Cartier watches to the winning team. Genaro Ringa, who had worked hard throughout the six chukkas to retrieve balls and feed them up to his BP Polo team-mates was named the Talacrest Most Valuable Player. Hilario Ulloa received the Talacrest Best Playing Pony prize for JB Salsita. This 12-year-old grey mare was bred by England international James Beim and was played by Ulloa in the second and fifth chukkas.

Josh Hyde received a cheque for £15,000, as he was named the Talacrest Young Player of the Year. John has been supporting this award for the past eight years and Josh, a regular member of the Park Place high-goal squad, joins an illustrious group of players, including his older brother Jack, all of whom have been recipients of John’s generosity. The final award was not for polo but for the best Ferrari at the Club. John Collins presented this to Nigel Chiltern-Hunt for his stunning F40 of fabulous Italian horsepower that had paraded in front of the spectators before the final. The cars had been curated by John Collins and his Talacrest team and the Ferrari Owner Club of Great Britain in attendance.

Earlier in the day Guards Polo Club had hosted the sub final for the Talacrest Trophy. This went to Siri Evjemo Nysveen’s Vikings team. They beat Alessandro Bazzoni’s Monterosso 10-8 in six chukkas on the Princes’ Ground. Bazzoni may not have won the trophy, but he did head home with the Most Valuable Player prize.