Rain postponed their debut on Monday in the C.V. Whitney Cup®, but Cessna and SD Farms met in the lone game on Tuesday, challenging for a successful start in the Gauntlet of Polo® at the International Polo Club Palm Beach. Led by the six-goal performance from Peco Polledo, SD Farms raced ahead to capture the convincing 12-7 victory.

Fast, passing polo was evident on both sides of the ball as the teams matched each other stride-for-stride in open play, but SD Farms won the battle from the penalty line, finishing 5 for 7 while remaining disciplined. Unable to convert on either of their two chances, Cessna was left to produce offense from the field and although they effectively used the pass to collect six assists on seven field goals, it was not enough to keep pace with SD Farms’ duo of Polledo and David Stirling, who combined for 10 goals in the victory.

A lightning quick pace was set in the opening minutes as the teams ran end-to-end but the nine combined shots produced just one goal each for SD Farms’ Stirling and Cessna’s Miguel Novillo Astrada, leaving the score tied at 1-1. The remainder of the first half belonged to SD Farms with Polledo adding his first goal of the game and then successfully executing a two-man game with Stirling in the third chukker to collect another goal and an assist. Limiting Cessna to just one goal over the second and third chukkers, SD Farms stringent defense resulted in a 5-2 advantage into halftime.

Utilizing a consistent strategy of Polledo and Stirling playing off each other, Lucas Escobar and Sayyu Dantata Jr., playing in place of his father, worked well off the ball to continue creating opportunities at goal for SD Farms. One more goal each from the duo extended SD Farms’ lead to four, while Cessna struggled to find the scoring opportunities needed to close the gap.

Foul trouble for Cessna sent Polledo to the penalty line on two different occasions in the fifth chukker, where he converted both as part of a three-goal run that quickly pushed SD Farms’ lead to seven. Facing a difficult task, Cessna quickly reorganized and turned to a passing attack that produced three assisted goals before the end of the fifth chukker to restore the four-goal deficit and provide hope with one chukker remaining. However, SD Farms’ consistency from the penalty line ensured their victory as Escobar sent a Penalty 3 through the posts to secure the 12-7 win. 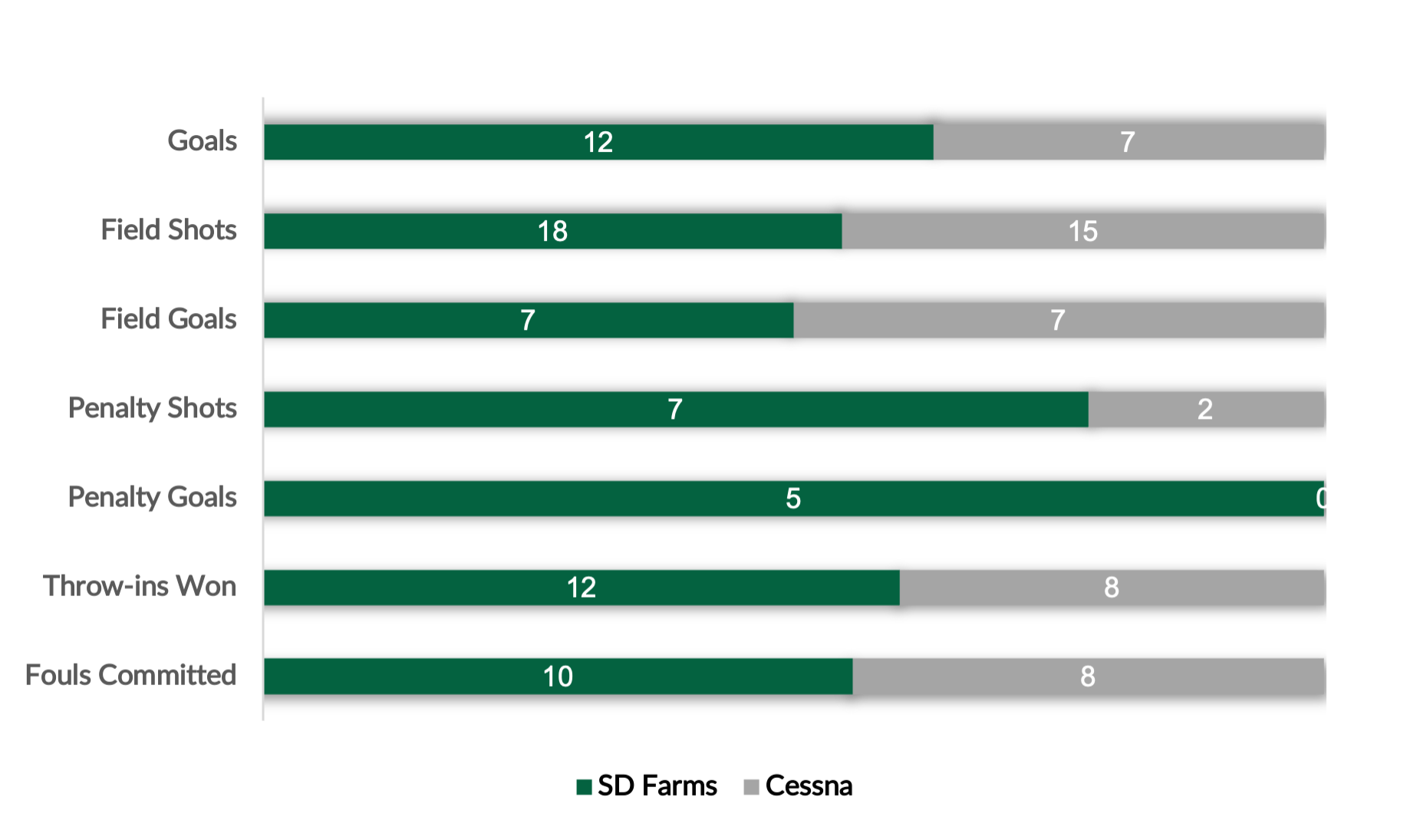