Pilot and Scone Remain Undefeated in the C.V. Whitney Cup®

Rain postponed Sunday’s feature game at the International Polo Club Palm Beach, but play resumed on Monday as Park Place and Pilot battled into overtime, with Facundo Pieres scoring the golden goal to push Pilot to the top of Bracket 1. In the second match of the day, Scone also remained undefeated with a narrow victory, including a four-goal performance from Kristos “Keko” Magrini to defeat La Fe 8-7.

Producing an explosive offense in the first half, Park Place built an early lead against Pilot with accurate shooting from the field to lead throughout much of the game, yet an astounding 9 for 9 penalty shooting performance from Pieres allowed Pilot to pull even before the end of regulation. Combining for 13 of Park Place’s 14 goals, Hilario Ulloa and Juan Britos excelled in their two-man attack that would have captured the victory on most occasions, but foul trouble leading to 10 penalty goals for Pilot forced overtime where 10-goaler found the space needed to complete the comeback and propel Pilot to the high-scoring 15-14 win.

Scoring just moments into the game, Britos gave Park Place the early 1-0 advantage and although Pilot’s Pieres responded with a Penalty 3 conversion, the remainder of the first chukker belonged to Park Place. Adding two more goals from the field, Britos accounted for all of Park Place’s offense to push his team ahead 3-1.

With the momentum in Park Place’s favor, they turned to 10-goaler Ulloa, who contributed two goals and an assist, but Pilot kept pace by adding three more penalty goals to only trail by three despite zero field goals through two chukkers. Completing an impressive first half, Park Place added two more field goals to finish with nine, but Pilot finally broke through from the field when Pieres found Matias Torres Zavaleta with a pass to end the half trailing 9-6.

Determined to make no scoring opportunity easy for Pilot, Park Place kept their opponents off the scoreboard from the field again in the fourth chukker and maintained their three-goal advantage after Pieres and Britos exchanged goals. Running out of time, Pilot continued to find a source of offense from the penalty line, adding two more penalty conversions to pull back within one goal. Despite their foul trouble, Park Place refocused and restored their three-goal lead, finishing the fifth chukker with back-to-back goals.

However, the Facundo Pieres side could not be counted out, facing a difficult task against an experienced Park Place team. Scoring three goals in quick succession, Pieres singlehandedly brought Pilot even, tying the game at 14-14 and forcing overtime. Park Place made the first run in the extra chukker, but Curtis Pilot caught Park Place in a foul, awarding a Penalty 5 with the full field in front of them. Racing past the first two defenders, Pieres used exceptional horsepower to break away to goal and finish the run to complete the thrilling comeback and secure the 15-14 victory. 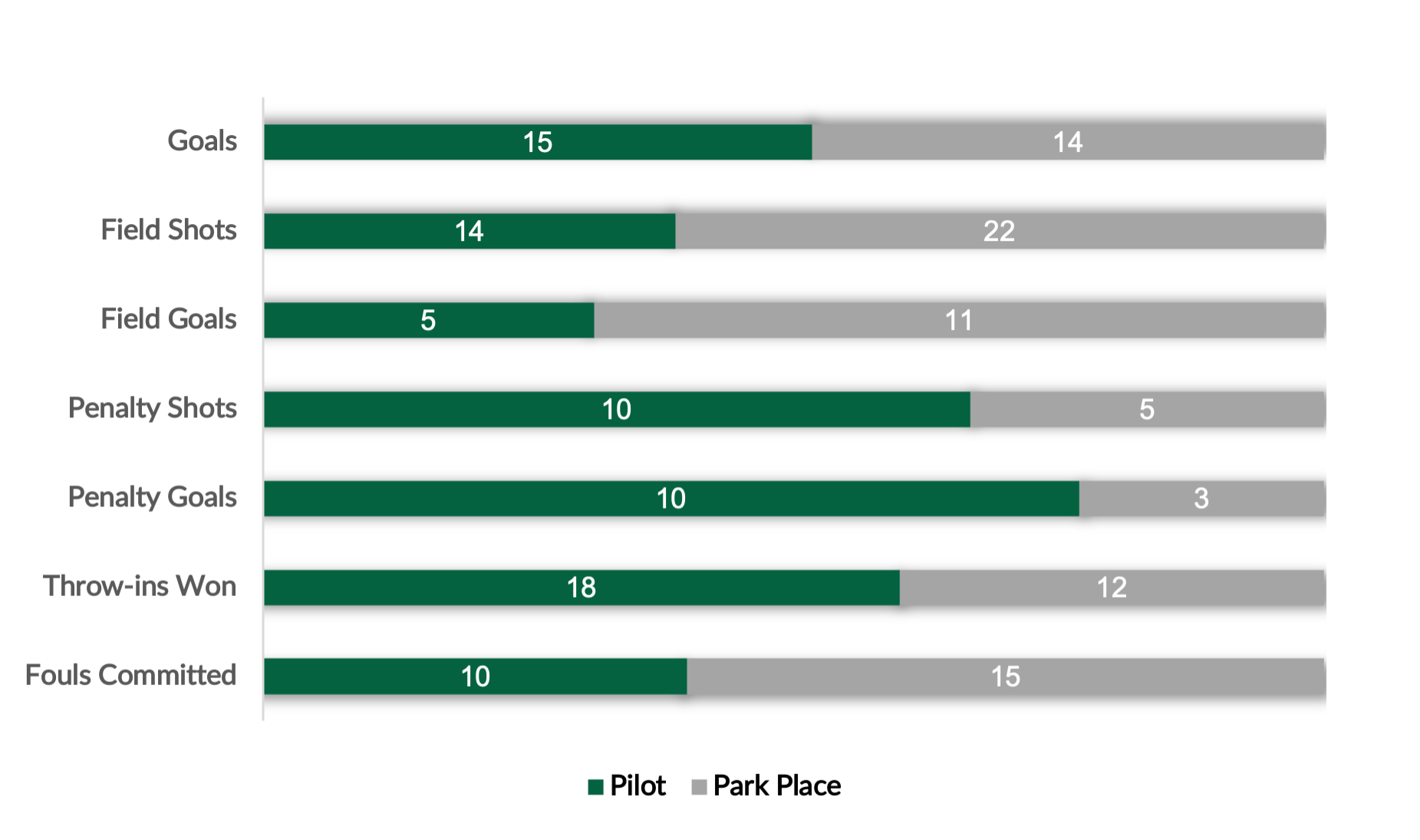 In the second matchup of day, 20-goal La Fe continued their bid for their first win of the tournament. Awarded two goals on handicap, Robi Bilbao quickly added to La Fe’s early lead with Francisco Elizalde immediately following on a goal of his own. Coming off a nine-game performance in his first game, Magrini’s strong momentum continued for Scone with a goal from the field and successful Penalty 2 conversion. An unfortunate collision at 5:40 in the third chukker between teammates Elizalde and Bilbao left Elizalde unable to continue, while Bilbao was sent to the penalty box following the triple yellow card resulting from the play.

With substitution Manuel Elizalde carrying a 7-handicap rating, the loss to La Fe’s 9-goal leader and team captain was immediately felt as La Fe team was now faced with the monumental task of competing at the 18-goal level. In the resumption of play, the Cambiaso brother-son duo pounced on their one-man advantage, scoring three consecutive goals to end the chukker and tie the match 5-all at halftime.

Still adjusting to their injury adversity, La Fe sent Magrini back to the line for the only goal in the fourth chukker. Now wearing the team captain armband for La Fe, Lucas Diaz Alberdi stepped up the second half, scoring a phenomenal goal from the field to tie the game once again. Keeping La Fe on the defensive end of the ball, Adolfo Cambiaso hit the goal for his second of the day, while Magrini scored his fourth, and second from the line to take an 8-6 lead. Ending the game on a positive note, Bilbao finished one last drive for La Fe, but the strength of Scone and the loss of Francisco Elizalde was too much to overcome, as Scone took the 8-7 victory to remain undefeated in bracket play. 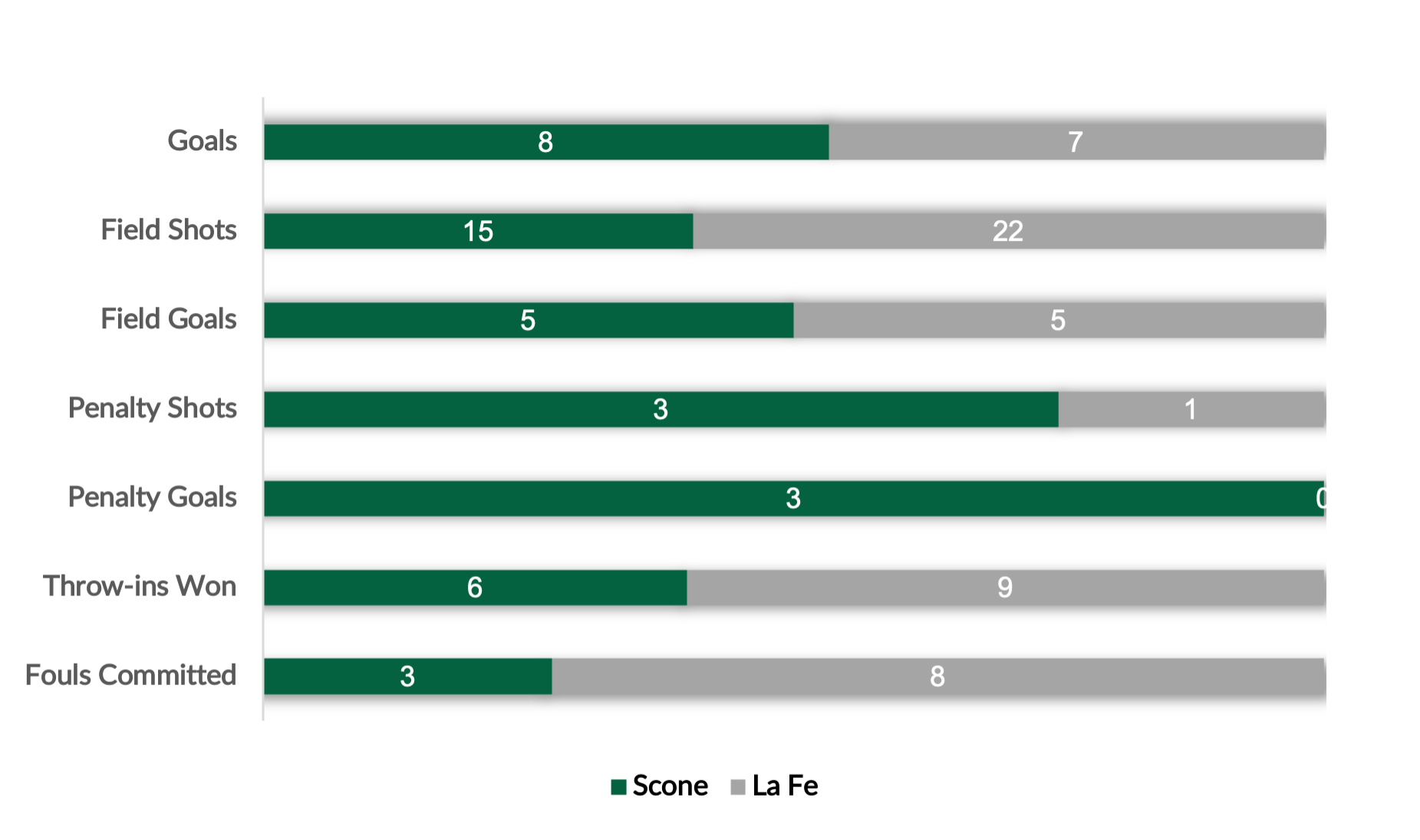