In search of their third consecutive 22-goal title of the season, Great Oaks LL began their quest for the Gold Cup against a new-look Thai Polo NP team that began with one goal on handicap. Great Oaks LL managed to keep Thai Polo NP off the scoreboard in the first chukka, as contributions from Cruz Heguy at the line, followed by James Beim and 9-goaler Juan Martin Nero from the field gave Great Oaks LL an early 3-1 advantage. Repeating their offensive success from the first chukka, Heguy, and Beim’s second goals of the day were joined by a drive from Dillon Bacon to hold Thai Polo NP to just one shot in the chukka and increase their lead to five. Struggling to generate an offensive attack with just two shots in open play, Thai Polo NP finally cut into their deficit with two Penalty 2 conversions off the mallet of Ned Hine, but the firepower of the Great Oaks LL attack was evident throughout the first half as a finally tally from Nero allowed Great Oaks LL to take a commanding 8-3 lead into halftime.

Working off the momentum established in the later stages of the third, Hine opened the second half to score his second two-goal chukka of the match and managed to outscore their opponents 2-1 for the first time in the contest, with Great Oaks LL’s only offense coming on a penalty conversion from Cruz Heguy. Rebounding from a fourth chukka with only one shot on goal, Great Oaks LL once again seized control of the contest, scoring four unanswered goals, including Nero’s game leading sixth of the day to all but secure the victory. Heading into the final chukka ahead by seven, Great Oaks LL completed their exceptional debut with final goals from Heguy and Beim to claim the 15-7 victory. 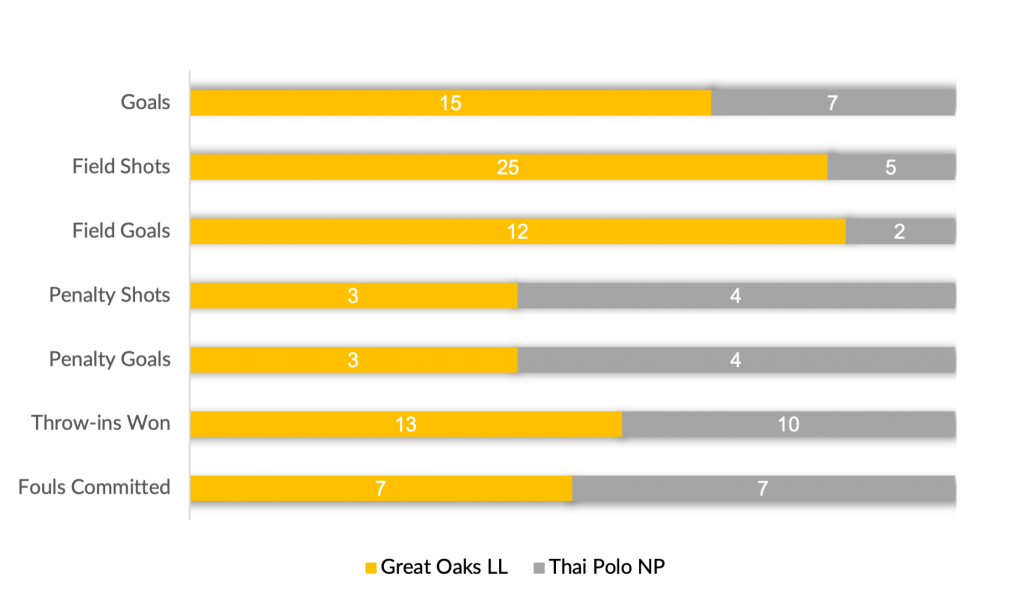 Following a convincing Park Place Vaara victory over Vikings 15-9 in the second day of competition in the Gold Cup, the Park Place organization returned to play in the second matchup of Thursday’s doubleheader against Talandracas. Holding a 23-goal handicap, Park Place conceded a goal on handicap to Talandracas, but 10-goaler Facundo Pieres kicked-started the action with two-goals from the penalty line and two in open play in a dominant first chukka to hold the early 4-1 lead. Talandracas’ Pablo Pieres answered his cousin’s first chukka with two goals on four shots to get Talandracas onto the scoreboard and back within two goals. A field goal from Francisco Elizalde proved to be the only offense for Park Place in the remainder of the first half as an organized defensive effort from Talandracas shut down Park Place’s offense in the third chukka. Back-to-back goals from Isidro Strada and Alejandro Muzzio quickly erased the two-goal deficit, bringing Talandracas even with Park Place at 5-all entering the half.

Continuing with the evenly matched pace of the first half, the two teams traded goals in the fourth chukka, leaving a tie on the scoreboard but Park Place struggled with accuracy at goal, converting just two of their last ten shots in the match. Two goals from Muzzio highlighted the Talandracas offense in the fourth chukka, but Park Place broke the stalemate when Facundo Pieres found the goal on a Penalty 2 attempt along with a goal in open play. Facing a two-goal deficit with one chukka to play, Talandracas’ 9-goaler Pablo Pieres highlighted a spectacular four-goal chukka, with three unanswered goals to instantly place Talandracas ahead by one. Stunned by the turn of events, a massive response from Park Place’s Louis Hine brought the game even once more, but with the game on the line, Pablo Pieres stepped up to the 60-yard line with 16 seconds remaining and sent the ball through the posts for the nail-biting 11-10 win. 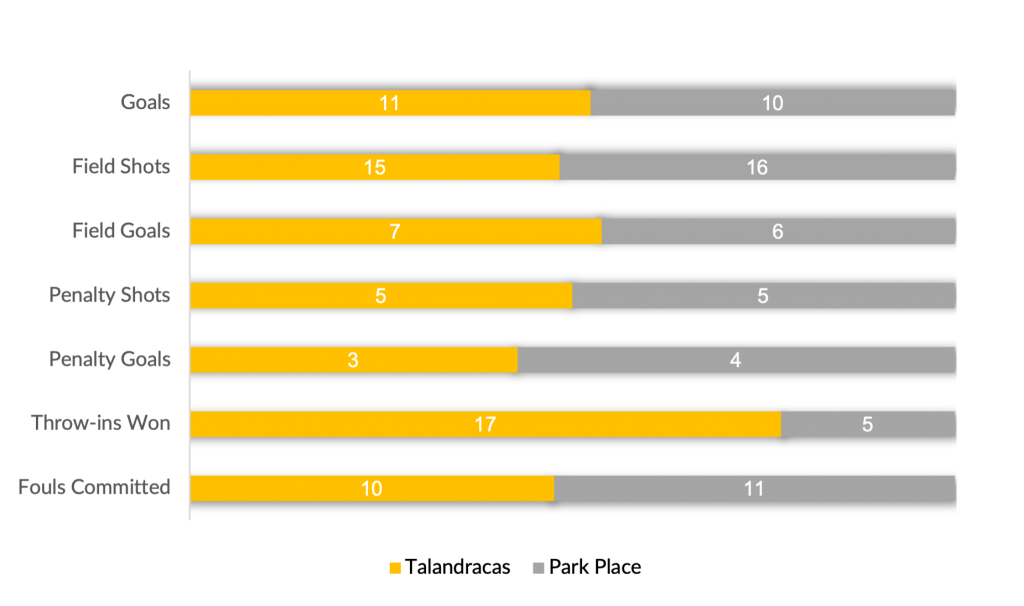