Converting one of two penalty attempts in the opening chukka, Vikings’ Juan Martin Zubia found the goal from the 30-yard line, but a well-balanced Park Place Vaara quickly responded with a powerful offensive attack. Scoring nine of the next ten goals, Park Place Vaara’s run was initiated by Santos Merlos in open play, while 10-goaler Hilario Ulloa was exceptional during the stretch with five goals and two assists. Holding a commanding 8-2 lead through two chukkas, Park Place Vaara held Vikings scoreless from the field until a field goal from Mark Tomlinson ended the drought in the third chukka.  Along with the strong play of Juan Britos, Ulloa and Park Place Vaara ended the half by maintaining their six-goal advantage after a Safety and field goal from Ulloa to finish an impressive first half leading 10-4.

Accounting for all but one of Vikings’ goals in the first half, Zubia stepped up once with two goals in the fourth chukka while holding Park Place Vaara scoreless for the first time in the match. Rebounding from the fourth chukka, Park Place Vaara turned to Britos, who kickstarted his team’s offense by using the pass effectively to collect two assists and a goal to push the lead back to five. Despite both teams shooting 50% from the field, Park Place Vaara produced ten more shots on goal that ultimately proved to be the difference in the match. Scoring his game-high eighth goal in the final chukka, Ulloa led Park Place Vaara to the resounding 15-9 victory to begin their quest for the British Open Polo Championship for the Cowdray Gold Cup. 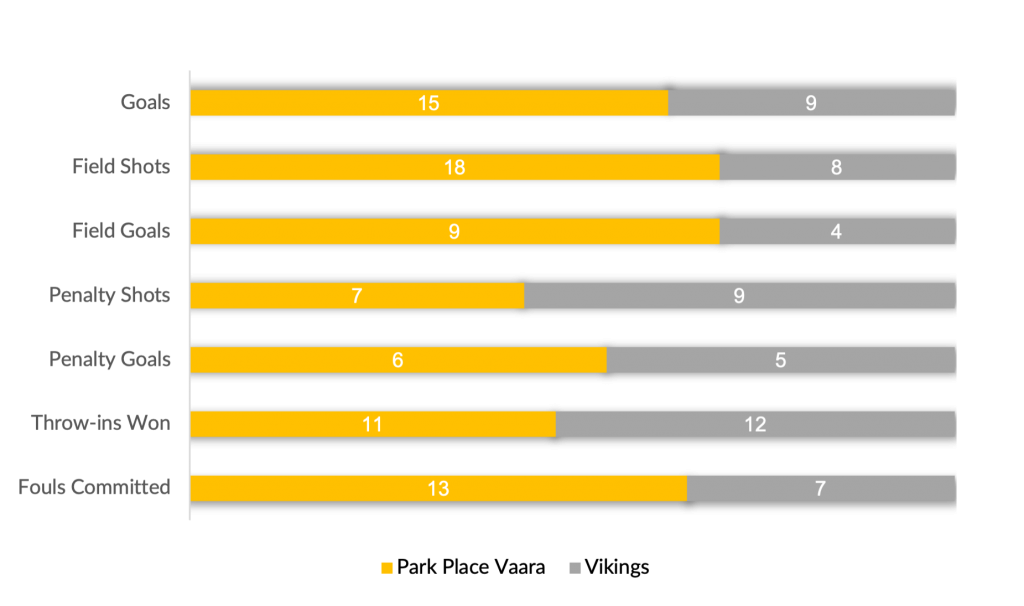 In the second match of the doubleheader, Dubai Polo Team and Murus Sanctus exchanged goals early in a thrilling back-and-forth battle, with contributions from Murus Sanctus’ Facundo Sola and Alfredo Cappella edging out Dubai Polo Team’s Matt Perry and Jeronimo del Carril for a 3-2 lead through one chukka of play. Dubai Polo Team raced ahead in a dominant second chukka, led by the strong play of Rashid Albwardy at the front of the game, scoring two goals as part of a 4-0 chukka that gave Dubai Polo Team the three-goal advantage. Unable to generate any offensive success in the second chukka, Cappella finally halted Murus Sanctus’ scoring drought and along with two successful penalty conversions from teammate Sola, brought Murus Sanctus back into contention, trailing 8-6 at halftime.

The high-scoring match carried into the second half as the two teams continued to exchange goals, with Murus Sanctus converting from the penalty line and Dubai Polo Team receiving goals from the duo of Camilo Castagnola and Jeronimo del Carril. Still trailing by two, Murus Sanctus fought to tie the score and in the chukka of the match, seven goals were scored with neither team able to produce two in a row, as the back-and-forth chukka resulted in Murus Sanctus inching one goal closer after two tallies from Beltran Laulhe. Clinging on to a one goal lead with the game still left to be decided entering the final chukka, Camilo Castagnola produced an exceptional performance over the final seven minutes, scoring four goals on perfect 4 for 4 shooting to finish with nine goals and carry Dubai Polo Team to the 17-13 triumph. 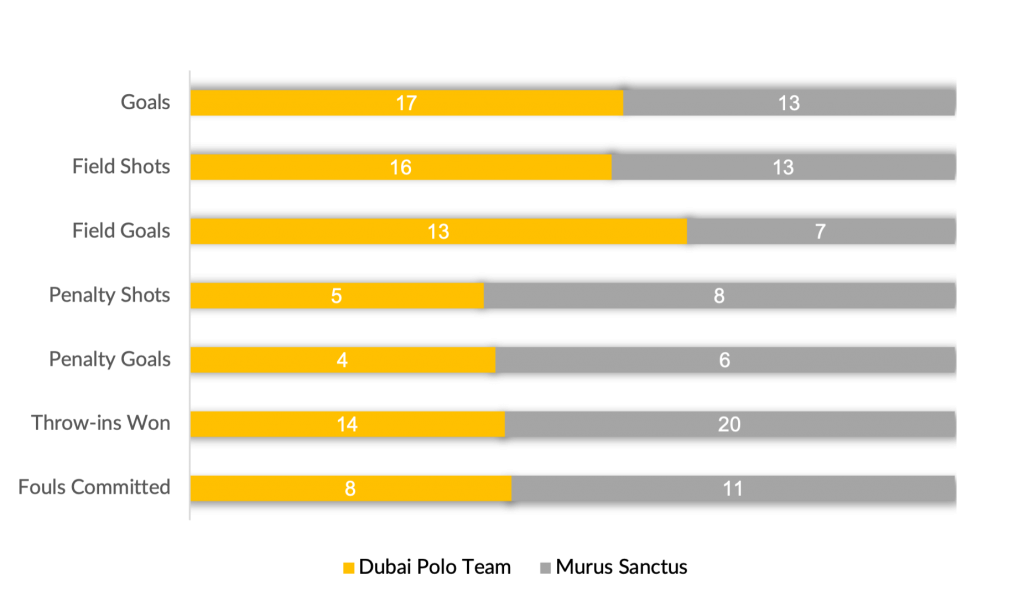