Combining for a staggering thirty-one goals in the first two matches of the tournament, La Dolfina Saudi was back on the attack with Poroto Cambiaso hitting four consecutive conversions. Regrouping in the second, Ellerstina’s early foul troubles were balanced by a three-goal effort from Gonzalo and Facundo Pieres to bring Ellerstina back within two. Continuing the contested momentum swing, Stirling struck for La Dolfina Saudi, as Poroto Cambiaso contributed two more from the line. Despite goals from Ulloa and Facundo Pieres in the latter stages of the half, Ellerstina’s foul troubles served their detriment, as Poroto Cambiaso finished the first half a perfect 8 for 8 in penalty conversions to give La Dolfina Saudi a 9-5 lead at the break.

Bucking down on defense, a scoreless fifth chukka was followed by three more off the mallet of the youngest Cambiaso, this time with two of the three coming from the field. Carrying a commanding seven goal lead into the final chukka, Poroto Cambiaso and Stirling tacked on two more for La Dolfina Saudi, and despite a final effort from Ulloa in the field, Ellerstina’s inability to generate a consistent offensive effort from the field combined with fourteen total fouls opened the door for La Dolfina Saudi to sail to the final of the Hurlingham Open 14-6. 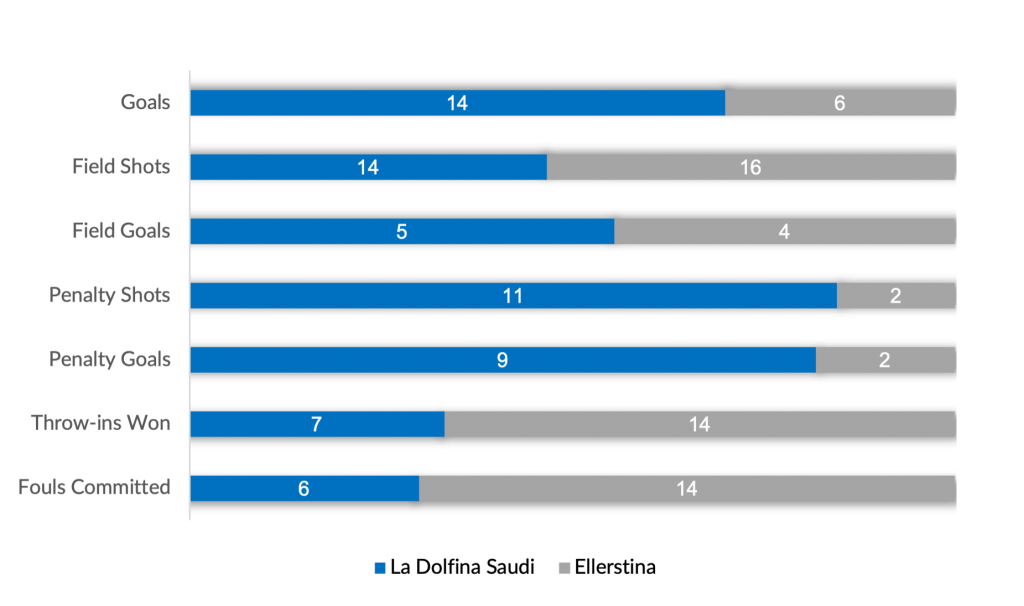