Featuring a doubleheader on the second day of competition in the Justerini & Brook Prince of Wales Trophy hosted by Royal County of Berkshire Polo Club, four competitive teams made a strong impression in their first outing of the tournament, with both games decided by the slimmest of margins. Kicking off play, Twelve Oaks and Cibao La Pampa/Chapaleufu matched each other stride-for stride in penalty goals, but a breakthrough five-goal fifth chukka ultimately pushed Twelve Oaks to the 13-11 win. In the second contested battle of the doubleheader, Vikings and King Power faced off at King Power where both teams excelled from the penalty line and ultimately required overtime to settle the score. Leading his team with six goals in regulation, Juan Martin Zubia stepped up in the extra chukka of play to deliver Vikings the hard-fought 10-9 victory.

Initiating play from the field, Cibao La Pampa/Chapaleufu’s Juan Pepa was quickly matched with a drive from Twelve Oaks’ Cristian Laprida. Closely contested in the early stages of the contest, the two-evenly matched teams each responded with two-goals in the second chukka, including contributions from Twelve Oaks’ Charlie Wooldridge and Cibao La Pampa/Chapaleufu’s Alejandro Muzzio to keep the match deadlocked 3-all. Excelling in the third chukka, two-goals from Wooldridge and an additional conversion from Joaquin Pittaluga at the line propelled Twelve Oaks to a 6-3 lead at the half.

Regrouping in the break, Cibao La Pampa/Chapaleufu provided a powerful offensive response as Juan Gris Zavaleta initiated a five-goal unanswered run to take an 8-6 lead for the first time in the match. Finally stopping Cibao La Pampa/Chapaleufu’s scoring blitz, Pittaluga hit three successful penalty conversions for Twelve Oaks, while teammates Laprida and John-Paul Clarkin added goals from the field to regain a narrow 11-9 lead entering the final chukka of play. Contributing his fourth goal of the game Zavaleta brought Cibao La Pampa/Chapaleufu back within one, however final efforts from Pittaluga and Clarkin provided just enough breathing room for Twelve Oaks to withstand the final minutes of regulation and take their first win of the tournament 13-11. 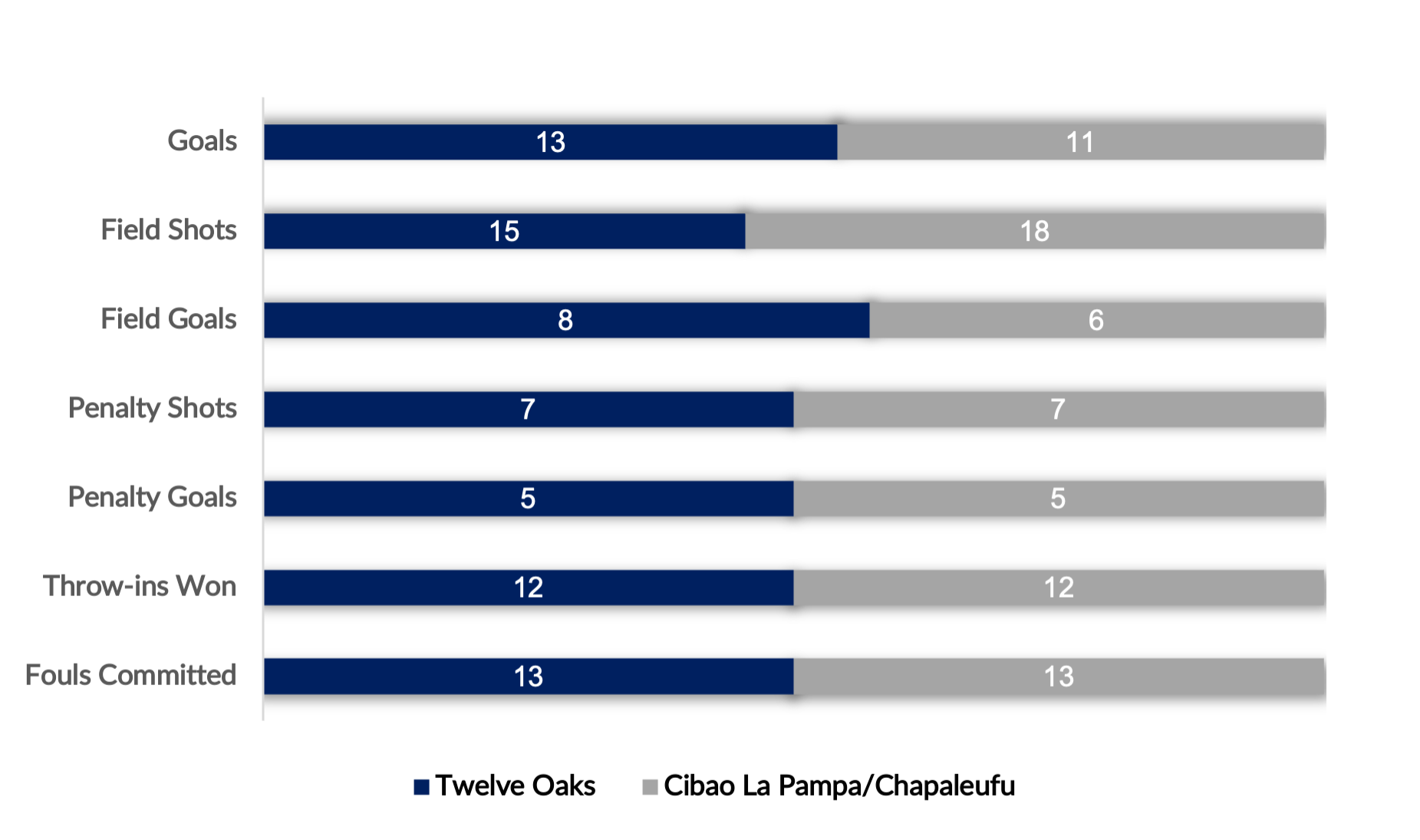 The final contest of the day began equally as competitive as the first match-up, with King Power’s Mackenzie Weisz and Vikings’ Mark Tomlinson getting their respective teams onto the scoreboard. Continuing to drive from the field, Juan Martin Zubia scored his first two goals of the match, while Diego Cavanagh found early success from the line to give Vikings the 4-2 advantage. Scoring just once from the penalty line in the second chukka, Nico Pieres hit his first goal in open play, as King Power took a narrow 4-3 deficit into halftime.

Remerging from the break Vikings’ Zubia and King Power’s Pieres answered each other step-for-step trading two goals apiece, as Cavanagh finally broke the scoring stalemate to cut King Power’s deficit back to within two-goals. Following a successful conversion from Zubia in the fifth, contributions from King Power’s Holly Butler and Weisz kept their team in close contention entering the final chukka of play. Trailing by just one and despite Zubia scoring his sixth goal of the match, Pieres and James Harper were each able to find the goal to tie the game 9-all and force overtime. Leading his team from the line with three penalty goals, Zubia’s final conversion of the day capped off his dominant offensive performance as he sent the overtime winning goal through the posts to capture the 10-9 victory. 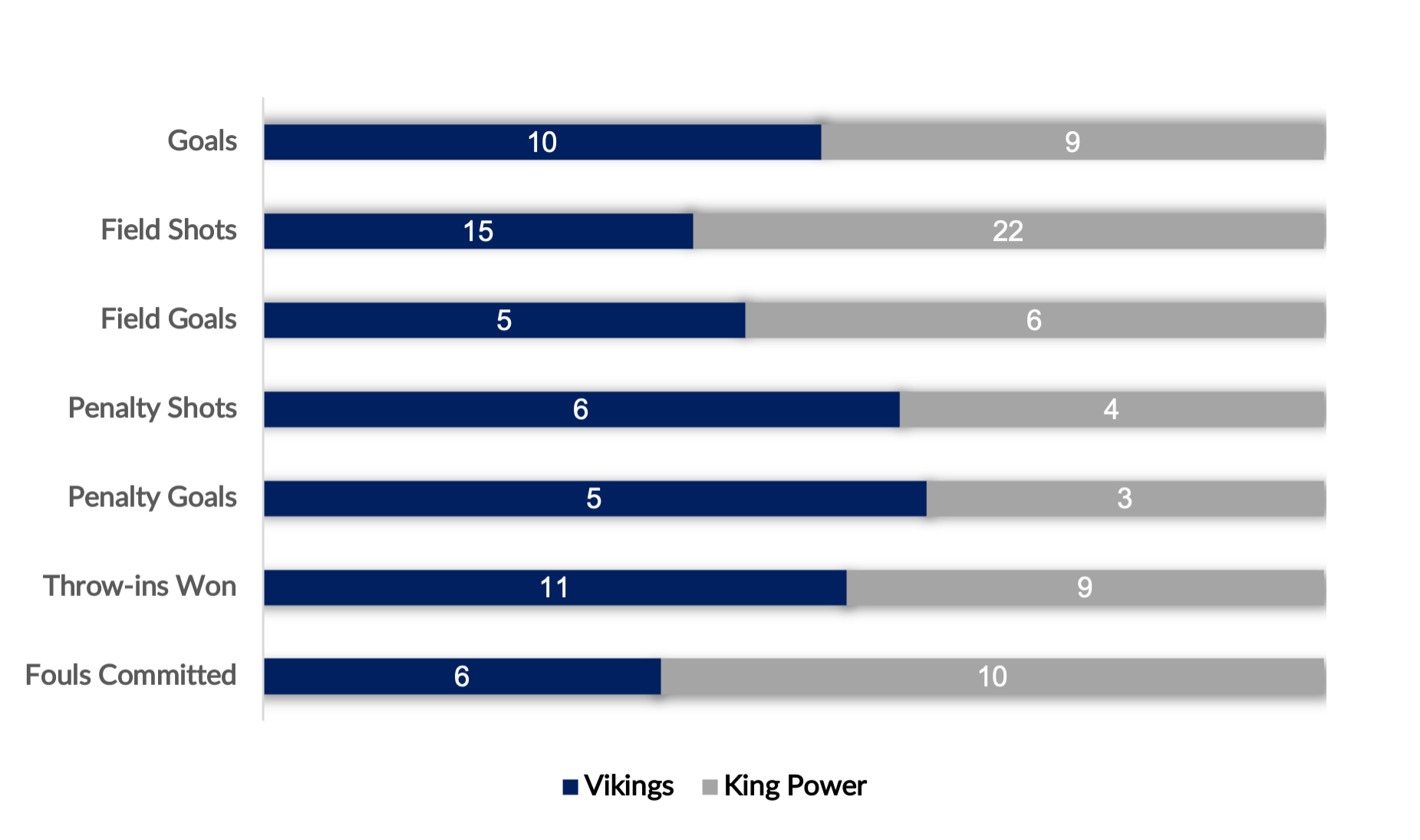 Continuing play on May 6, Great Oaks LL will face Park Place Vaara at Les Lions in their anticipated Prince of Wales Trophy debuts.