Outscoring BP Polo once more, Ulloa and Merlos teamed up again to begin the second half as Park Place accelerated forward to keep BP Polo trailing by six. Continuing to build on their attacking success, back-to-back goals from Merlos and Britos were answered by a BP Polo team finally starting to find their footing, registering goals from Bensadon and Joevy Beh to initiate BP Polo’s strongest chukka of the match in the fifth. Coming together on both sides of the ball in the sixth, BP Polo outscored Park Place for the first time in the match with two penalty conversions from Ringa and Beh, as Bensadon contributed from the field. Despite keeping Park Place off the scoreboard in the final chukka, Park Place’s ability to string together multiple scoring drives throughout the match resulted in a lead that could not be overcome as Park Place secured a 14-11 victory. 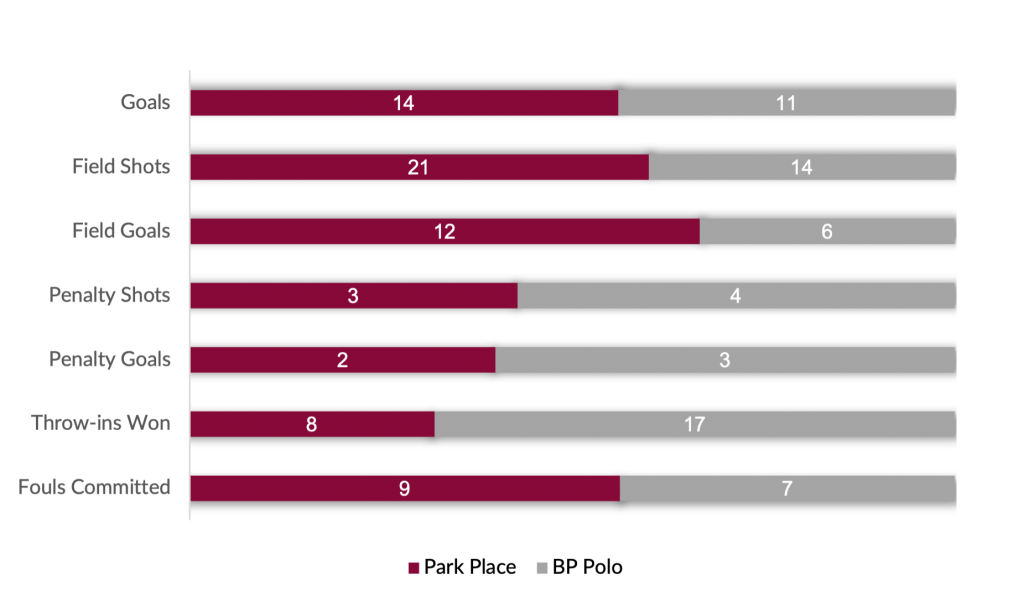