The second week of the Queen’s Cup began with Park Place Vaara meeting La Magdeleine in a League One matchup on the Duke’s Ground. Scoring all twelve of their goals from open play, Park Place Vaara remained undefeated with the 12-9 victory over La Magdeleine. Meanwhile, in the second match of the day, Dubai Polo Team became the first team to three wins, defeating Clinova 17-13 at Billingbear Park.

A game of contrasting styles, Park Place Vaara excelled from the field, while La Magdeleine found most of their offense from the penalty shooting of Pablo Mac Donough. Striking early in the first chukka, Mac Donough produced three penalty goals to give his team the 3-1 advantage but Park Place Vaara stormed back to take the lead just one chukka later. Holding La Magdeleine without a shot or penalty attempt in the chukka, Park Place Vaara pushed forward receiving one goal each from Hilario Ulloa and Juan Britos, but the highlight of the chukka came as time was expiring when Santos Merlos picked up the ball on his own 60-yard line and ran the length of the field, running past Mac Donough to finish the play and give Park Place Vaara the 4-3 lead. 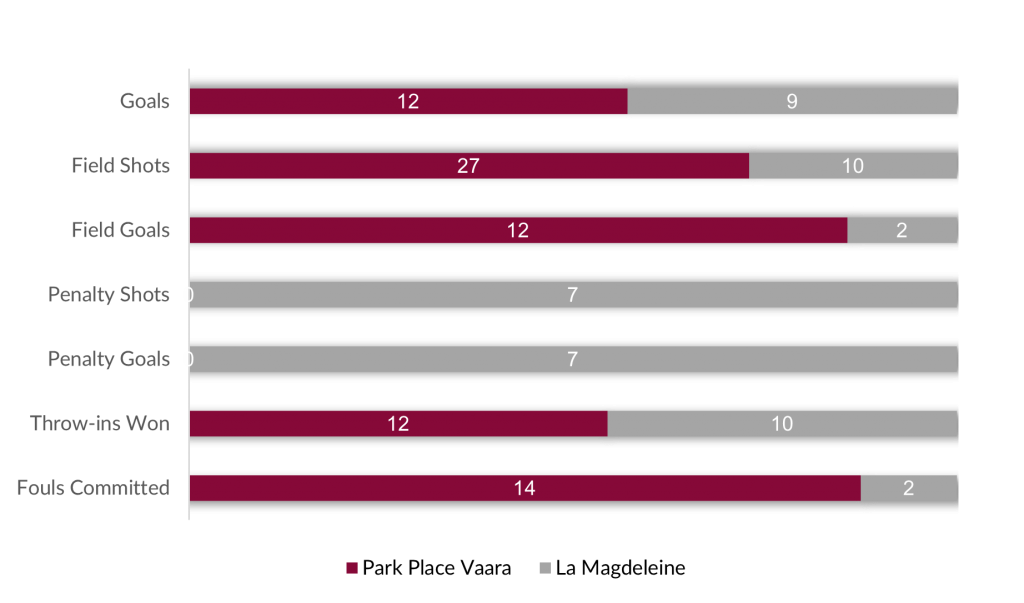 Mac Donough’s fourth penalty conversion brought the game even once again at halftime as La Magdeleine would score all but two of their goals from the penalty line. In the decisive moment of the match, Park Place Vaara scored four goals in the fourth chukka, two off the mallet of Britos to take a significant three-goal lead. Scoring all 12 of their goals from the field, the proficient Park Place Vaara offense guided them to victory as perfect 7 for 7 penalty shooting from Mac Donough was not enough to lift La Magdeleine in the 12-9 defeat.

Striving to be the first team to three wins in the tournament, Rashid Albwardy’s Dubai Polo Team faced Clinova at Billingbear Park, picking up where they left off with a dynamic attack led by nine goals from Camilo Castagnola. Executing an exceptional two-man game with Castagnola and Guillermo Terrera, Dubai Polo Team scored five field goals in the first two chukkas of play, but the fast pace was matched by a determined Clinova side that answered with five goals of their own as each team capitalized on their chances around goal. After Castagnola and Malcolm Borwick exchanged penalty goals to begin the third chukka, Albwardy scored his first of two goals in the game to complete a strong Dubai Polo Team half with an 8-6 lead. 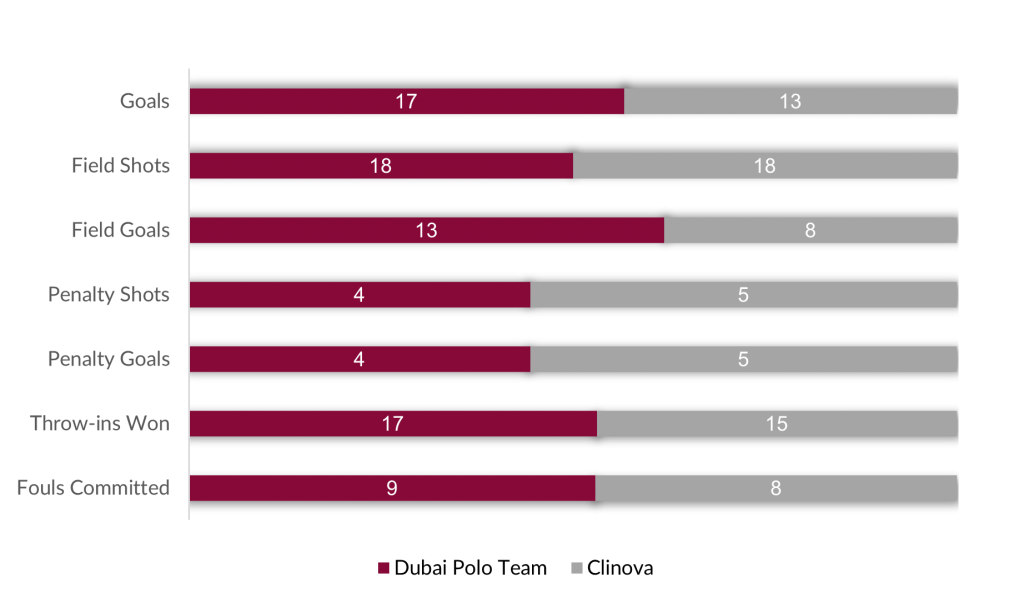 The high-scoring game carried into the second half, but Dubai Polo Team continued to have the edge as the ball moved at an electric pace. Shooting an impressive 72% from the field, Dubai Polo Team pushed their lead to five after three more tallies from Castagnola and Perry’s first goal of the match and despite a good offensive showing of their own with 10 goals through five chukkas, Clinova faced a difficult task with one chukka remaining. Two goals from Luke Wiles highlighted a final push from Clinova but the deficit was too great to overcome as Dubai Polo Team secured their third win and setting up the highly anticipated match on Friday against Park Place Vaara for the top spot in League One.