Stepping up for Monterosso once more at the penalty line, Weisz opened the second half of play when converting Monterosso’s fourth penalty conversion of the match to increase their lead by three. Unable to score a goal since the second chukka, two goals from Billingbear Polo Teams’ Di Paola and Jamie Huidobro from the field cut into their deficit and now just trailed by just one. Although Billingbear Polo Team’s attempt to pull themselves back level with Monterosso fell short when Weisz and Terrera each broke through in open play to push Monterosso’s lead back to three with a 9-6 advantage. Still within reach, a key conversion from Di Paola gave momentum to Billingbear Polo Team in the fifth as Garcia hit his first of two field goals in this chukka. Billingbear Polo Team pushed to outscore Monterosso in the final chukka, but one last goal from Mackenzie Weisz gave Monterosso all the separation they needed to collect the 10-9 victory and finish atop group play as the only undefeated team of the tournament. 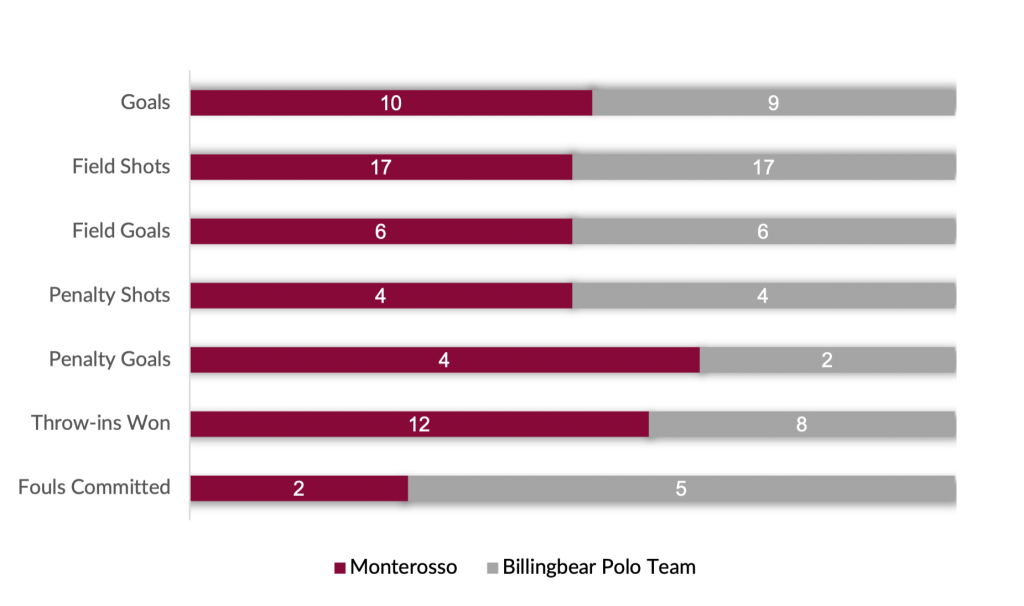