The PTF is proud to announce the team that will travel to England in July 2019.  Players are selected from a pool of applicants who have participated in PTF training programs over the previous year.  The PTF, founded in 1967 to help grow the sport of polo with an emphasis on youth, continues its mission through its many successful programs including junior player and umpire clinics and tournaments throughout North America.

Annually, the Hurlingham Polo Association hosts a PTF Team during the English Summer Season, while the PTF hosts an HPA England Flannels Junior Team during the Florida Winter season. This year will mark the 6th annual home and home exchange with the HPA.  A PTF team visits England in July arriving in time to see the finals of the Gold Cup at Cowdray Park Polo Club, and departing after the International Cup, played at the Royal County of Berkshire Polo Club.

Players are selected based on several criteria including playing ability, ability to ride unfamiliar horses, and a strong emphasis on ambassadorial skills.

This year’s team is as follows: 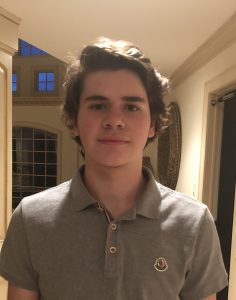 Matteo is a senior at Dwight-Englewood School in Englewood, NJ, where he also lives. He is excited to begin looking for colleges and wants to major in fashion design. Matteo has been playing polo at Gardnertown Farms in New York for 8 years, and plays for their interscholastic team.  Since 10 years of age, Matteo always wanted to play interscholastic polo and compete in places like Cornell, Texas A&M, and UVA. Matteo participates in PTF and USPA clinics and tournaments because he loves the competitiveness and team co-operation of polo more than anything. When Matteo is not playing polo, he loves to spend time with his family and play soccer for his school 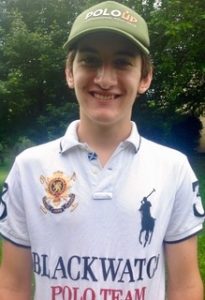 Patricio is a zero goal player from Potomac, Maryland, and the Vice President of the PTF National Junior Board. During his 9 years of playing polo, he has participated in various local, national and international tournaments including the National Youth Tournament Series and the Interscholastic Tournament Series. He also won the National Spanish Youth Championship in Sotogrande, Spain. He plays at various clubs around Maryland and Virginia, as well as Florida, Spain and Argentina. He is also a USPA certified polo umpire and hopes to continue playing polo in the years to come. 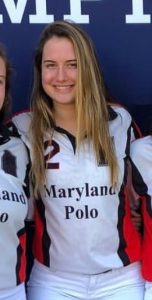 Catie will be a junior at Garrison Forest School, plays for the Maryland Polo Club and is the President of the PTF National Junior Board.  She has participated in PTF programs since she was in seventh grade, and has won 3 National USPA Girls Interscholastic Championships. In the summertime, she plays at Southampton Polo Club.  Catie likes to ski and hang out with her friends in her free time. Martin grew up in Argentina and 1.5 years ago moved to La Jolla, California. He has been a member of the Interscholastic Varsity team of Lakeside Polo Club in both the 2017-18 and 2018-19 seasons, becoming this year’s Western Region I/I Champions and voted a member of the Western Region All Stars team. In 2018 he was awarded the Overall Champion 18 and Under prize for his winning performance in each of the 7 venues of the Pacific Coast Arena League. He recently started playing NYTS, reaching runner up position in the Houston, Texas venue. Martin has earned the USPA Letter in both 2018 and 2019. He is an accomplished rising high school senior whose goal is to be admitted to a top college with an intercollegiate polo team. In June he will be training and playing in Argentina. 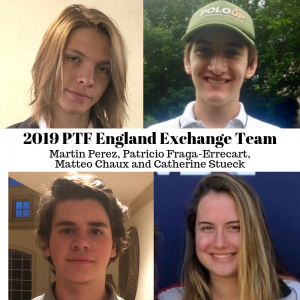