Seeking to extend their Tortugas Open winning streak to a fourth consecutive year, Ellerstina’s Facundo Piers and Hilario Ulloa emerged with a charge to send four goals through the posts for an early 4-1 lead. Continuing their scoring blitz in the second, Ellerstina added four more field goals to their total, as Nicolas Pieres added his name to the scoreboard. Managing to score just twice in the opening two chukkers with contributions from Loza and Dabas, La Irenita G2 Gsquared finally outscored their opponents in a two-goal chukker and shrinking their deficit to five. Making a statement before the horn, Ellerstina was back on top in the fourth, sending three through the posts and doubling La Irenita G2 Gsquared in shots from the field to take a commanding 12-4 lead at the half.

Generating their first half offensive entirely from the field, Ellerstina’s offensive pressure picked-up in the second half with another blitz of four field goals, as La Irenita G2 Gsquared’s Dabas accounted for his teams’ first goal since the fourth. Entering the final chukka of regulation, Facundo Pieres hit his first from the penalty line, and despite two final efforts from La Irenita G2 Gsquared’s Bocchino and Podesta, Ellerstina sailed to 18-7 victory and into the semifinals. 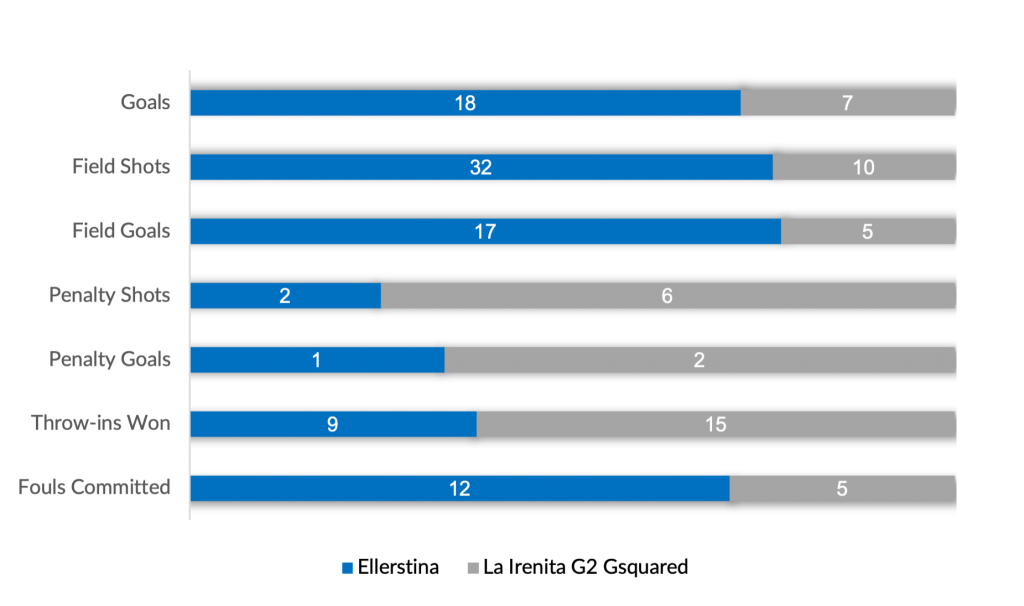 Trading goals in the fifth between Cria La Dolfina’s Panelo and La Irenita Grand Champions’ Zubia, Cria La Dolfina broke through in the sixth on back-to-back goals from Panelo and Cavanagh to increase their lead to four. Attempting a final comeback Mac Donough and Zubia each contributed from the field, but Cria La Dolfina ultimately hung on for the 10-7 win to earn their spot as semifinalists. 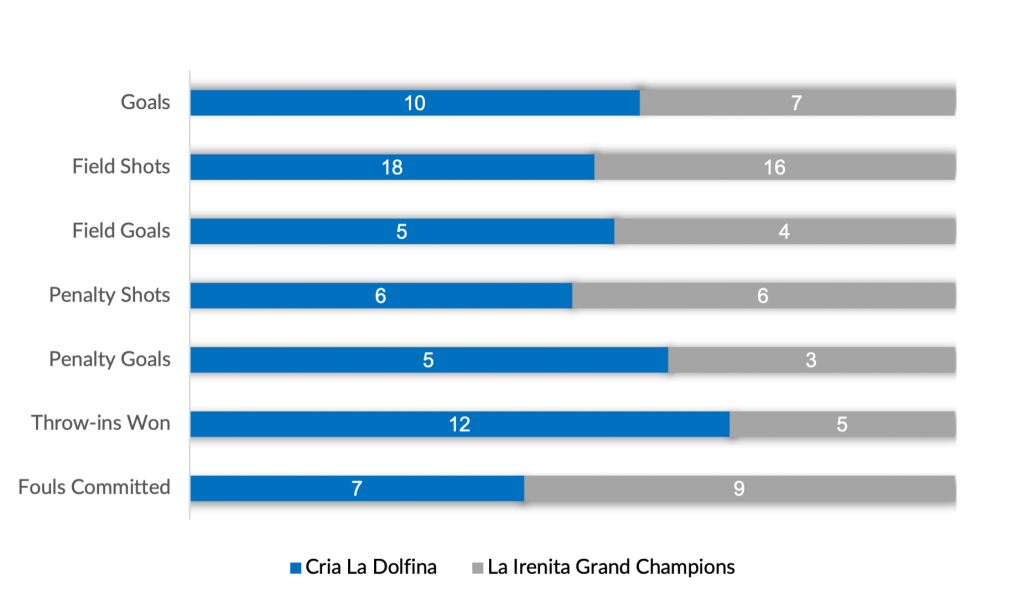