Awarding La Ensenada RS Murus Sanctus two-goals on handicap, La Irenita Grand Champions began a strong first-half on three consecutive goals, including two conversions from Britos. Mounting a response in the second chukka, La Ensenada RS Murus Sanctus outscored their opponents on a three-goal run of their own commanded by Sola in the field. La Irenita Grand Champions’ leading scorer Britos was back on the attack contributing from both the line and open play to give his team a narrow 8-7 advantage. Trading goals from Britos and Caset in the fourth, the two teams finished the first half with nearly identical shooting percentages, but five successful conversions for La Irenita Grand Champions allowed them to end the half on top 10-9. 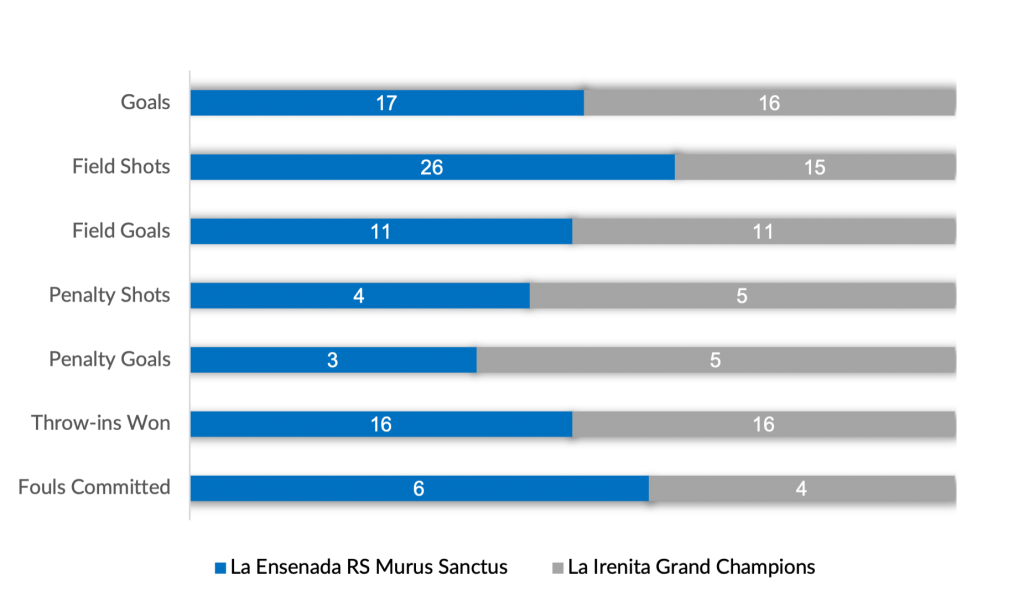