SD Farms Advance to the Quarterfinals of the U.S. Open Polo Championship®

Playoff action in the U.S. Open Polo Championship® began on Wednesday as SD Farms and La Fe took to Field 5 at International Polo Club Palm Beach (IPC) to determine who would advance into the second quarterfinal spot against Pilot. With each team advancing to the playoffs in a shootout, a 1-2 SD Farms and a 2-1 Le Fe faced elimination once more in hopes of continuing their U.S. Open journey. In a closely contested matchup, the two competitive teams battled on defense, but foul troubles for La Fe ultimately cost them their chance at victory, as five successful penalty conversions from Felipe Vercellino lifted SD Farms to the 10-8 win.

Despite entering the matchup carrying a 20-goal team handicap, La Fe’s success against higher rated opponents in the U.S. Open continued with 9-goaler Francisco Elizalde posting La Fe’s first goal of the match on a Penalty 2. Contested from the start, the two teams matched each other stride-for-stride, as contributions from SD Farms’ Pedro Zacharias, Vercellino and Felipe Viana were answered by La Fe’s Elizalde to keep the match tied 3-all. Following a drawn Penalty 1 from Zacharias, the two teams engaged in a defensive battle trading just two goals apiece, including a final drive from La Fe’s Robi Bilbao to enter the break deadlocked 5-5.

An injury to Lucas Diaz Alberdi in the third chukker saw La Fe emerge from the break with a substitution in Ignacio “Inaki” Laprida. Adjusting on the fly, Bilbao picked up where he left off and hit his second field goal of the match to give La Fe a 6-5 lead. Responding with a booming shot of his own, SD Farms’ Zacharias sent his second goal in open play soaring through the posts to tie the match once more as the teams continued to exchange goals. Committing just four fouls in the first half, La Fe’s foul troubles began in the fifth chukker, as the physicality of the match resulted in eight fouls over the final two chukkers. Sending Vercellino to the line for his fourth goal from the 30-yard line, Elizalde stepped up for La Fe to score another two La Fe goals, including drawing a crucial Penalty 1. With time ticking down and holding onto a narrow one goal lead, a final Penalty 4 off the mallet of Vercellino gave SD Farms just enough offensive separation to claim the hard-fought 10-8 victory and advance into the quarterfinals. 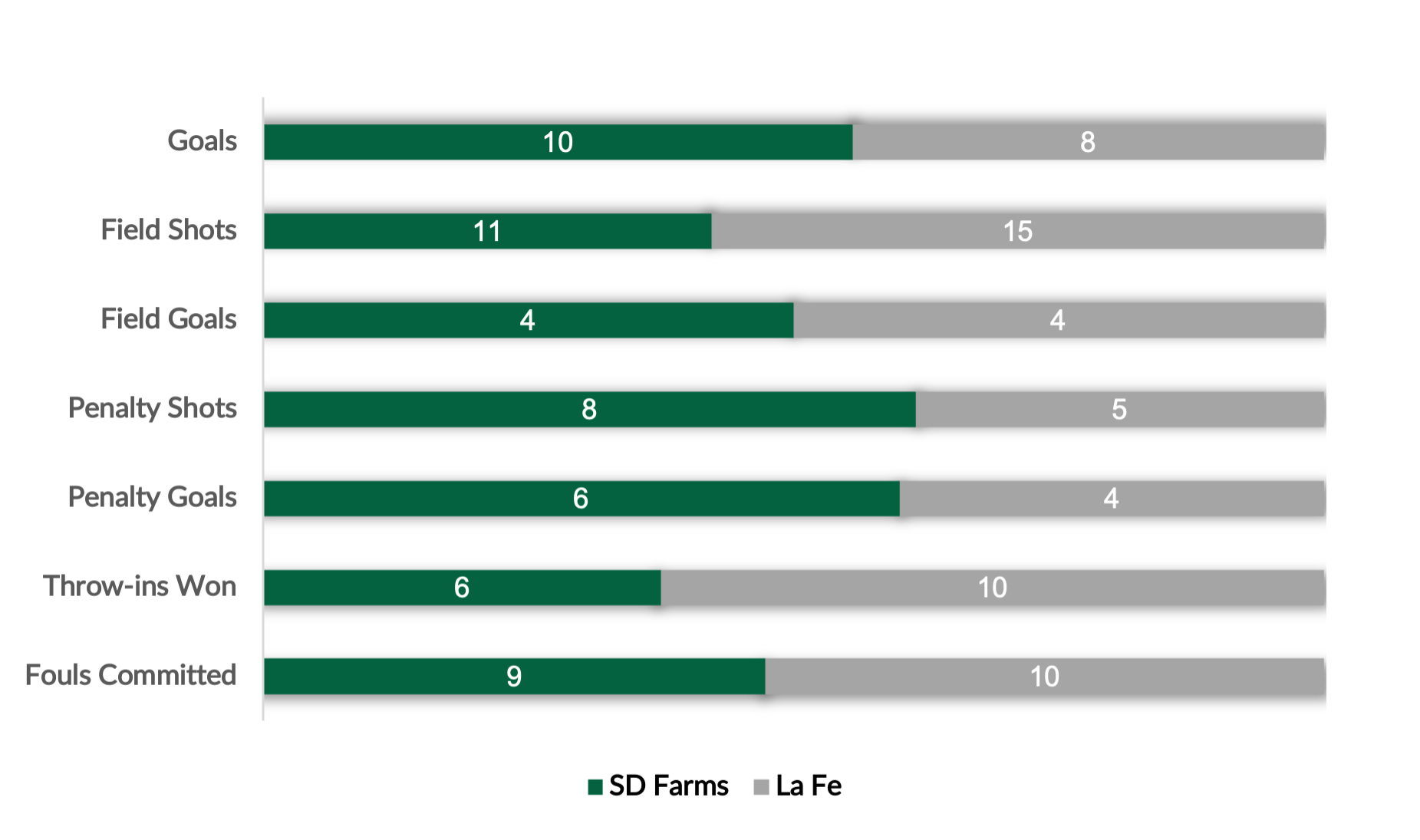 The final playoff matchup in the U.S. Open Polo Championship® at IPC will conclude on Thursday, April 14, with La Elina facing Sol de Agosto at 11:00am ET.