The second playoff game of the 2022 U.S. Open Polo Championship® was held on Thursday at the International Polo Club Palm Beach with La Elina and Sol de Agosto battling for the eighth and final spot in the quarterfinals. Tied at halftime, La Elina surged ahead with six consecutive goals to claim the 13-7 victory.

Entering the game with identical 2-1 records, La Elina and Sol de Agosto battled stride-for-stride in the first half, with Sol de Agosto scoring three of their six goals from the penalty line. Improved discipline in the second half allowed La Elina to generate momentum from the field to produce an exceptional run that was led by Jared Zenni, who finished with a game high six goals. A determined La Elina team held Sol de Agosto to just one goal in the second half, rotating effectively to gain possession and drive downfield. Finishing with accurate 47% shooting and converting five of their six penalty attempts, La Elina kept their U.S. Open Polo Championship® title hopes alive with the six-goal triumph.

With six combined fouls in the opening chukker, the start-and-stop action resulted in the two teams exchanging penalty conversions to remain tied at 1-all. Overcoming their early foul troubles, La Elina’s Zenni and Juan Martin Obregon added one field goal each in the remainder of the first chukker, giving La Elina an early two goal edge.  Adding a quick goal off a pass from Zenni, Facundo Obregon extended La Elina’s lead to three as they looked to run away in the game. However, Sol de Agosto stormed back with a team effort that produced one goal from each of the four players to quickly turn the deficit into a one-goal lead entering the third chukker. A double yellow awarded to Jared Zenni sent him off the field for two minutes as Sol de Agosto capitalized on a Penalty 2, but the trio of Obregon’s stood strong defensively, with Geronimo Obregon bringing the game even at 6-all before the end of the half.

The start of the second half featured a revitalized La Elina team that raced ahead due to accurate penalty shooting. Converting consecutive Penalty 4 attempts, Zenni was crucial in La Elina taking the lead, while a combined effort defensively held Sol de Agosto off the scoreboard. Scoring the only goal of the fifth chukker, La Elina completed a run of six unanswered goals as Sol de Agosto remained scoreless in the second half and in need of five goals entering the final chukker of play. An exceptional goal from Victorino Ruiz Jorba where he toed the end line and went around the post to tap it in gave Sol de Agosto a brief moment of hope, but La Elina’s Facundo Obregon answered seconds later to secure the 13-7 victory and send La Elina into the quarterfinals. 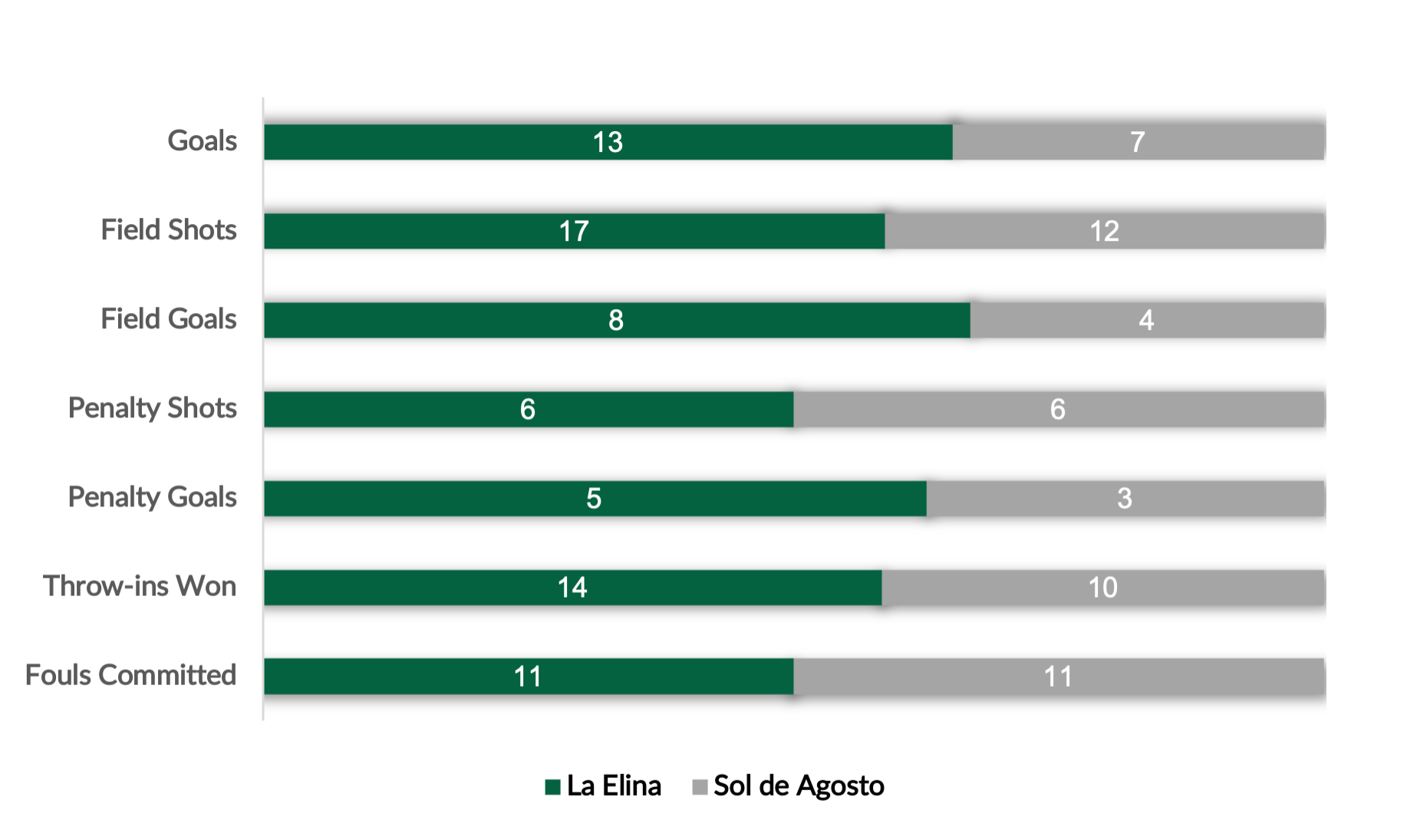 Action begins on Saturday when Pilot faces SD Farms in the first quarterfinal at 10:00am ET, followed by Tamera against Polo Training Foundation at 4:00pm ET.