La Elina and Pilot to Face Off in the U.S. Open Championship® Final

Nearing the highly anticipated final of the U.S. Open Polo Championship® at International Polo Club Palm Beach, the penultimate matches featured four teams battling to advance into the most anticipated and prestigious final of the 22-goal season. La Elina and Tamera met on Isla Carroll West in the first semifinal, where a spectacular seven-goal performance, including four penalty conversions from Juan Martin Obregon carried La Elina to the 10-9 victory. Reconvening on Field 3, undefeated teams Pilot and Park place met in a heated rematch of the USPA Gold Cup® final, where the two rival teams displayed an equal amount of talent and horsepower that needed overtime to settle the score. Defeating Park Place for the second time in the GAUNTLET, Pilot’s Facundo Pieres hit the golden goal to capture a thrilling 8-7 victory and send Pilot to their second consecutive GAUNTLET final.

Entering the competition in the USPA Gold Cup®, La Elina’s roster reconstruction in the U.S. Open with the addition of the Obregon brothers proved invaluable to La Elina’s success as the last team standing from the playoff round into the semifinals. Developing more confidence with each victory, leading scorer Juan Martin Obregon kicked-off the scoring for La Elina to set the tone for a back-and-forth battle. Following a response from Magoo Laprida, a competitive Tamera took control of the second chukker with contributions from 9-goaler Diego Cavanagh and Alejandro Poma. Managing only one goal from the field in the second from Juan Martin Obregon, La Elina took advantage of Tamera’s foul troubles in the third converting three goals from the line, including a crucial Penalty 4 from Jared Zenni to give La Elina a 6-4 lead. Leading Tamera with two goals in the half, Cavanagh made quick work of driving to the goal once more before the break to give Tamera some momentum, as they narrowly trailed 6-5 at the half.

Committing twenty-two penalties between the two teams in the game, the fourth chukker was defined from the penalty line, as the two teams traded conversions with Juan Martin Obregon converting twice from 40-yards, while Segundo Saravi and Cavanagh were successful on back-to-back attempts for Tamera. Still trailing by just one goal, Cavanagh broke through from the field for his third goal in open play to tie the match at 8-all. Largely facilitating on defense throughout the match, Geronimo Obregon got his name on the scoreboard to help La Elina re-take the lead while Juan Martin found space on a breakaway, taking his seventh goal across the line to restore La Elina’s two goal advantage. Battling against both their opponents and the clock, Laprida drove to the goal once more for Tamera, but the lockdown defense of La Elina managed to stave off a blitzing Tamera to run out regulation for the spectacular 10-9 win. 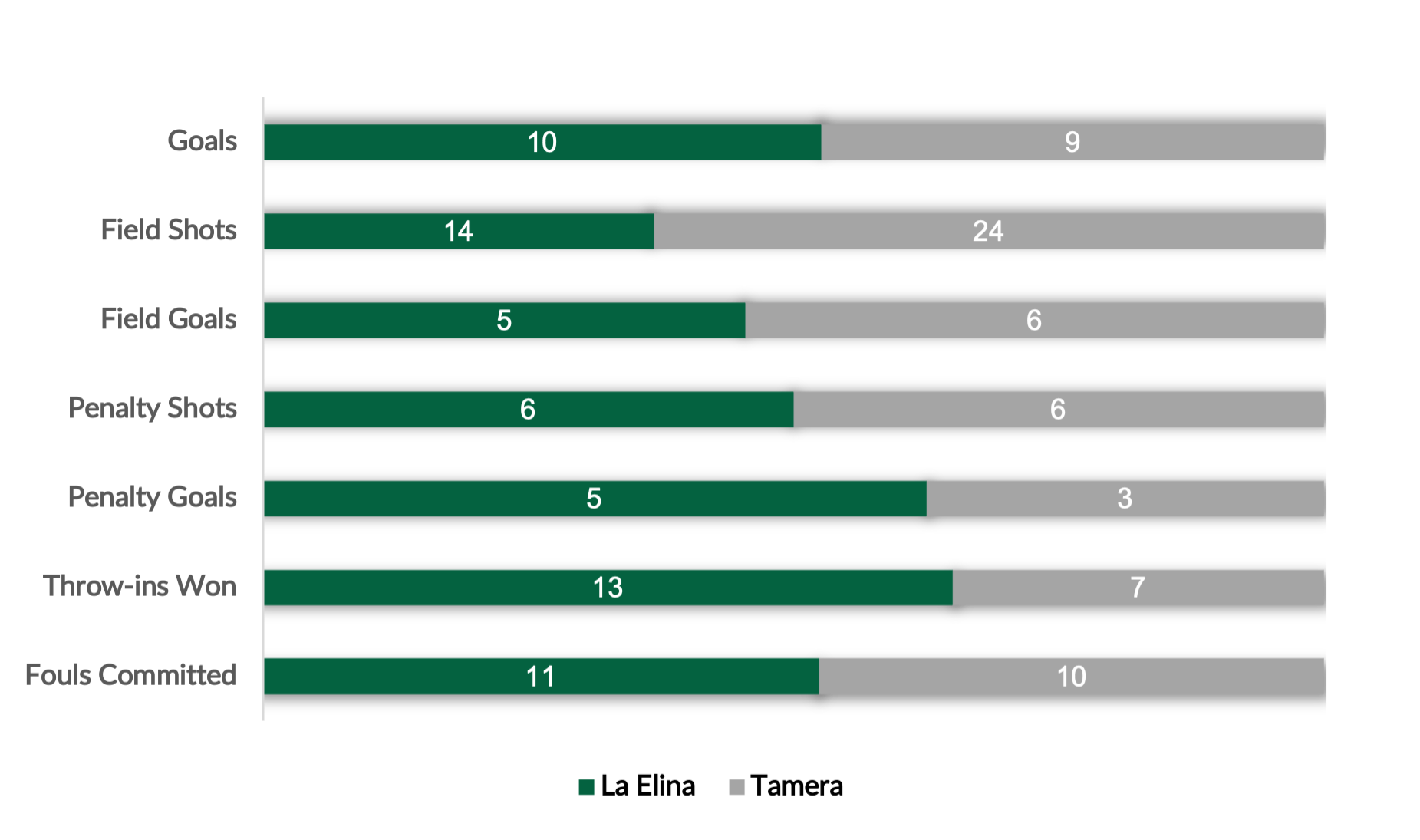 Dominating the competition in the U.S. Open Polo Championship® and leading the GAUNTLET in various offensive categories including goals and assists, C.V. Whitney Cup® champions Park Place and USPA Gold Cup® champions Pilot assembled on Field 3 to determine who would join La Elina in the final. Leading tournament scorer Hilario Ulloa ignited the scoring for Place, as 10-goal counterpart Pieres continued to lead Pilot’s offense with a quick response from the field to tie the match 1-all. Trading goals between the two offensively similar teams, the combination of Juan Britos and Ulloa added two in open play for Park Place, while Pieres went back-to-back to score his hundredth goal of the GAUNTLET to join Ulloa as the second competitor to achieve the individual milestone. Also leading the competition with twenty-eight assists, Ulloa’s efforts to facilitate the ball between his teammates resulted in goals from Cody Ellis and Britos to give Park Place a narrow 5-3 lead at halftime.

Remerging with a charge, a successful Penalty 4 from Pieres led to an opportunity for Matias Torres Zavaleta to become the final member of Pilot to reach the scoreboard and tie the game at 5-all. Bearing down on defense the two teams battled for possession and offensive opportunities, as both Park Place and Pilot were unable to hit the goal in the fifth chukker. Left off the scoreboard since the third chukker, Ulloa converted a Safety to take a brief one goal advantage, but Pieres responded with a Penalty 2 of his own to keep the contest deadlocked. With each team striving to gain the upper hand, Zavaleta escorted his second goal on the day across the line for a crucial goal late in regulation, however a phenomenal team goal from Park Place with Ulloa reaching to just tap the ball inside the post in the dying seconds to send the game into overtime. In the extra chukker, opportunities were presented to both teams, but it would be Pilot’s captain Pieres to hit his sixth goal from distance to score the 8-7 golden goal and carry Pilot back to the U.S. Open Championship® final for the first time since 2019. 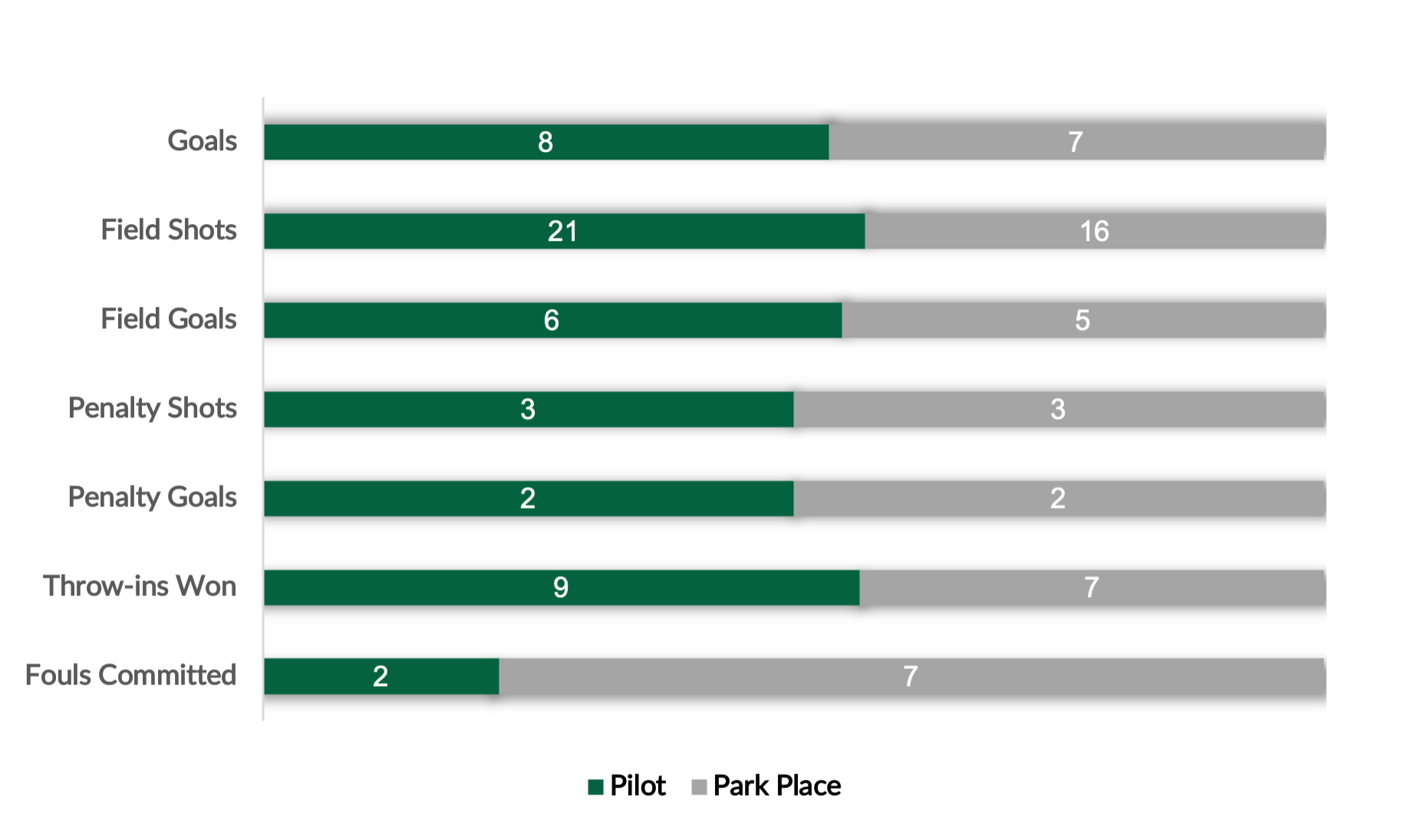 A champion will be crowned Sunday, April 24 at 3:00pm ET with La Elina and Pilot set to compete on the iconic U.S. Polo Assn. Field 1.