AlUla Desert Polo, the first polo event to be organised by the new Saudi Polo Federation, gets underway tomorrow (Friday) at the specially built Desert Arena in the ancient UNESCO World Heritage Site of AlUla.

With players from the famous Argentinian side La Dolfina taking to the sands, AlUla Desert Polo, a world first, promises to be a thrilling spectacle in one of the most unique locations ever to host the Game of Kings.

Part of the Winter at Tantora festival, organised by the Royal Commission for AlUla and staged in northwestern Saudi Arabia, AlUla boasts a spectacular landscape of giant red-tinged sandstone outcrops. Set against this awesome backdrop, ten-goal players Adolfo Cambiaso, Pelon Stirling, Juan Martín Nero and Pablo Mac Donough will take to the field alongside talented and high profile amateur players as they bid for the very first AlUla Desert Polo Champions title.

Adolfo Cambiaso, who enjoyed a leisurely hit around at the ancient site of Hegra with his teammates on Wednesday said: “This location is simply breathtaking. Polo has taken me all over the world but this is the first time I’ve been given the opportunity to play at a world heritage site.

“This is an important event in Saudi Arabia’s sporting history and I hope that young people in Saudi Arabia will take a look at AlUla Desert Polo and want to get involved in the sport.”

Saudi Polo Federation chairman, Amr F Zedan, who is the patron of Zedan Polo Team and will play in the match said: “In Saudi Arabia we are taking steps to develop a stronger sporting culture in our society and this is one reason why the Saudi Polo Federation was founded.

“We are very excited about the start of this tournament and can’t wait to welcome polo friends from all over the world to the opening of AlUla Desert Polo.” 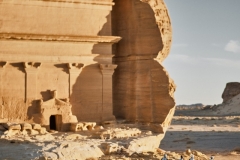 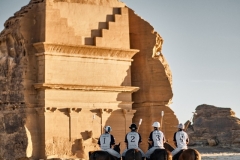 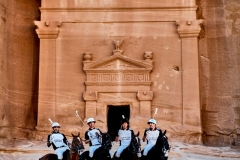 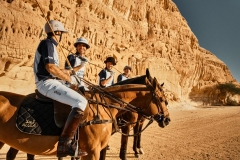 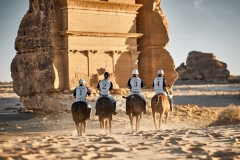