The United States Polo Association (USPA), USPA Global Licensing and Empire Polo Club are pleased to host the XII Federation of International Polo (FIP) World Polo Championship in 2021 with official apparel supplier U.S. Polo Assn. Welcoming the international contest to the United States for the second time in the history of the competition, the 2021 tournament will be held from October 22-31 at Empire Polo Club in Indio, California, featuring eight countries representing the top 2- to 5-goalers from around the world.

As the United States has only raised the trophy once, in 1989, the United States Polo Association is thrilled for the opportunity to welcome the competition back to California for the first time in over two decades. Selecting the best players to represent the American team on an international stage, the strengths of the United States lie in both high-quality horses and a prime location featuring world-class fields and facilities. Home of the world-famous Coachella Music Festival and located just two hours from Los Angeles, Empire Polo Club is the ideal venue, attracting global exposure for both the sport and the U.S. Polo Assn. brand. Seeking to elevate the experience of the FIP World Polo Championship for players, sponsors and spectators, the United States is proud to accept the challenge and prepared to deliver an unrivaled experience in 2021.

Featuring more than 200 exceptional horses from J5 Equestrian, top rated polo fields, VIP experiences for both fans and players, and corporate hospitality, the XII FIP World Polo Championship promises to be an unforgettable global event. Providing access to the best bloodlines in the world, the Jornayvaz family’s J5 Equestrian organization will feature an in-house horse management team for the event with all tack, feed, shavings, and farrier services provided. Additionally, players will have access to 10 world-class fields, including three dedicated tournament fields and seven practice fields at Empire Polo Club.

“When it comes to horses, J5 Equestrian is the top organization in America and one of the most important in the world,” said Robert Puetz, the United States Polo Association’s Chief Executive Officer. “USPA has committed to partner with J5 to provide over 200 horses and we are ecstatic that they are able to support this significant international event. We know the quality of the horses—it will be above and beyond. I believe that many of the young competitors are going to play on horses that have a skill level and talent that they haven’t had the pleasure of playing before. It will be a highly competitive tournament on an international stage.”

In 1982, in an effort to broaden the scope of international polo and restore the sport’s Olympic status, Marcos Uranga created the Federation of International Polo. Five years later, Uranga and American polo player Glen Holden organised the inaugural FIP World Polo Championship in Argentina. Aware of the challenges of fielding high-goal teams worldwide, FIP organisers decided to limit the competition to teams rated 10 to 14 goals.

The host of the FIP World Polo Championship changes with each year and countries seeking to host must go through a formal bidding process to determine the best facilities for this prestigious tournament. To qualify to be one of the eight teams selected to advance to the FIP World Polo Championship, the road begins with five zone playoffs and includes more than 19 countries/teams vying for the opportunity. The previous winner (Argentina) and host country (United States) automatically qualify with the remaining six teams competing to qualify by the summer of 2021.

THE FIVE ZONES ARE AS FOLLOWS:

Outfitting the eight teams on and off the field, U.S. Polo Assn. is proud to once again partner with the FIP World Polo Championship to promote the brand during the pinnacle of international polo competition.

“Not only are we thrilled to have the FIP World Polo Championship back in the United States, but also for our brand, U.S. Polo Assn., to again be the official apparel partner and one of the event’s biggest sponsors supporting all the teams, including the USA polo team,” said J. Michael Prince, President and CEO of USPA Global Licensing. “With the tournament being held at one of the top polo and entertainment venues in the world along with global media coverage through television and digital platforms, we believe there will be significant exposure for our sport and brand reaching millions of fans and consumers around the world.”

Last hosted by the United States in 1998 at the Santa Barbara Polo & Racquet Club in Carpinteria, California, the 2021 tournament will draw the eyes of the global polo community to the California desert’s Coachella Valley with the final of the FIP World Polo Championship to be broadcast on Eurosport. Content will be shared to increase global brand awareness on social media platforms such as YouTube, IGTV, Twitter, Instagram and TikTok. All games will be livestreamed on GlobalPolo.com. For more information and updates please visit uspolo.org/fip-tournament. 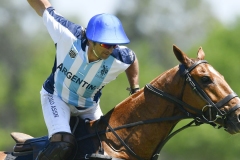 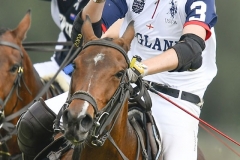 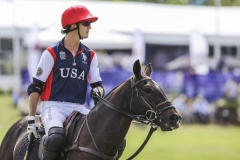 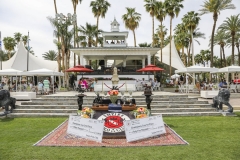