Finalists of the Hurlingham Open, La Irenita Grand Champions entered the Argentine Open seeking to continue their momentum, but a determined La Hache, one of two teams that qualified in the Clasificacion Palermo, challenged them into the final chukka due to the exceptional penalty shooting from Joaquin Pittaluga. With neither team able to score two consecutive goals until the seventh chukka, the see-saw match had a tie score on nine different occasions. La Irenita Grand Champions’ Pablo Mac Donough and Juan Britos found the mark in the opening chukka, but La Hache provided a response from the field by Pittaluga and Juan Ruiz Guinazu. Despite holding La Hache scoreless from the field for the rest of the first half, the score remained tied at 6-all as Pittaluga converted all four of his penalty opportunities to match the combined team effort from La Irenita, receiving goals from Britos, Juan Martin Zubia and Francisco Elizalde. 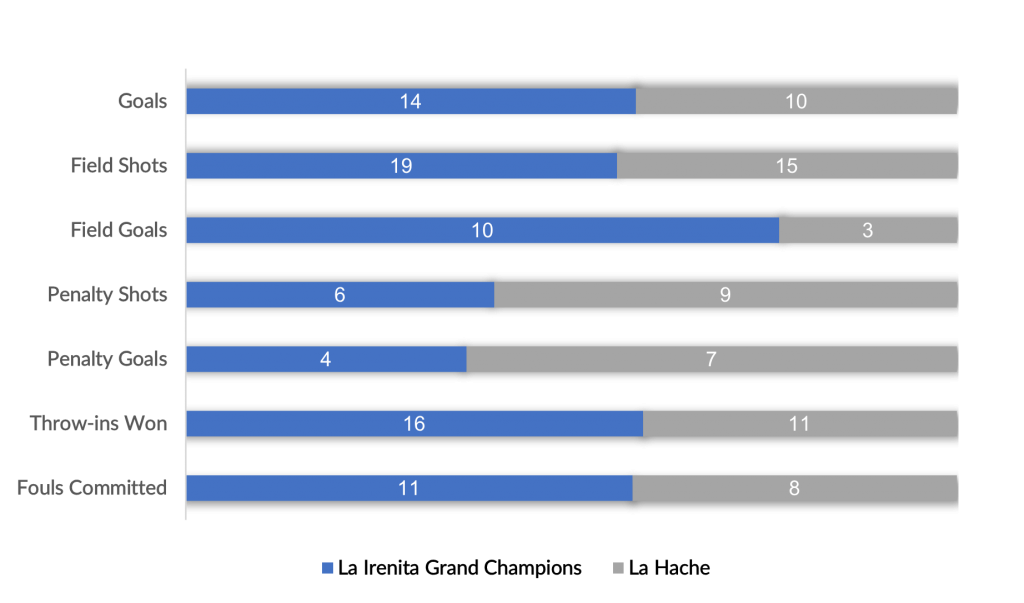 Fouls committed by La Irenita Grand Champions continued to allow Pittaluga and La Hache to even the score, but two goals from Britos finally edged his team ahead by one at the conclusion of the fifth chukka. The normally potent La Irenita Grand Champions attack fell silent in the sixth chukka, with a Penalty 2 conversion for Pittaluga, his eighth penalty goal of the game brought La Hache even and kept their hopes of an upset alive. A decisive seventh chukka determined the outcome, scoring three goals in quick succession, beginning with two from Elizalde to race ahead. A Penalty 2 from Britos to open the final chukka all but sealed the outcome as La Hache fell a few goals short in a valiant effort in the 14-10 defeat.

A tense second match began with the underdog La Irenita GSquared taking advantage of four La Ensenada RS Murus Sanctus fouls to score three penalty goals, all off the mallet of Segundo Bocchino to lead 3-0. After a scoreless opening chukka, Sapo Caset scored on the first play of the second chukka, but young Felipe Dabas responded seconds later to keep his team in front. Improving their discipline, La Ensenada RS Murus Sanctus began to dominate possession and erased their deficit by the end of the chukka. Jeronimo del Carril and Facundo Sola joined Caset on the scoreboard as the trio produced three goals in just two minutes of play to tie the game at 4-all. Firmly holding the momentum, La Ensenada RS Murus Sanctus’ Sola scored back-to-back goals to end a six-goal unanswered run. Struggling to generate offense from the field, a Penalty 3 from Bocchino provided a brief reprieve, but La Ensenada RS Murus Sanctus surged ahead with a dynamic attack that saw contributions from all four players including consecutive goals from Alfredo Bigatti. Caset’s fifth tally ended the opening half with La Ensenada RS Murus Sanctus ahead 11-8. 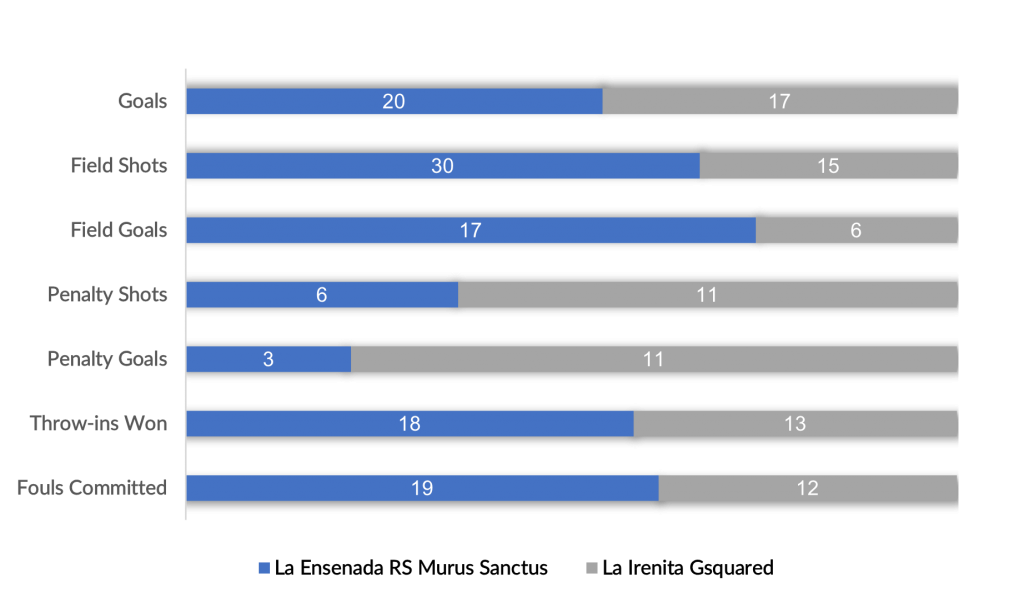 Tensions rose in the second half as yellows awarded to Sola and Dabas highlighted a competitive fifth chukka where La Irenita GSquared inched closer on a Penalty 4 from Bocchino in the only goal of the chukka. Similar to the first match, the lower rated team had their sights set on an upset with La Irenita GSquared challenging La Ensenada RS Murus Sanctus every step of the way, but the deficit remained at three entering the final chukka. Six fouls, six goals and four yellow cards were involved in a dramatic eighth chukka. Bocchino finished a perfect 9 for 9 from the penalty line in a memorable performance for La Irenita GSquared, but La Ensenada RS Murus Sanctus produced twice as many shots at goal to hold off the upset and claim the hard-fought, high-scoring 20-17 victory.