The fourth day of play in the 128th Abierto Argentino de Polo began with the successful debut of RS Murus Sanctus, defeating Alegria Standard Wealth 18-7, while La Dolfina Brava Polo Team produced a strong showing to defeat Chapaleufu 17-10 on the grounds at Pilar.

The final team to make their debut in the tournament, RS Murus Sanctus had an uneasy start as they were tied after the first half against Alegria Standard Wealth but produced a dominant final four chukkas to run away with the double-digit victory. Outshooting their opponents 22-5 in the second half, RS Murus Sanctus utilized the pass to collect 10 assists on their 13 field goals in a balanced attack. Held to just two goals in the second half, Alegria Standard Wealth were unable to stay within reach and match the increased pace set by RS Murus Sanctus in the 18-7 defeat.

Without 9-goaler Facundo Sola in the line-up, RS Murus Sanctus turned to Facundo Fernandez Llorente and he immediately contributed, scoring the first goal of the game off a pass from Pablo MacDonough. Adding a penalty conversion from Caset, RS Murus Sanctus took an early 2-0 lead after the first chukka. Although Alegria Standard Wealth didn’t produce as many chances as RS Murus Sanctus, accurate shooting on goals from Agustin Merlos and Pedro Zacharias kept them within two. On the other side, RS Murus Sanctus struggled to find the mark in the final stages of the first half, converting just one of their eight shots at goal, allowing Alegria Standard Wealth’s duo to add one more goal each and pull even at 5-all. 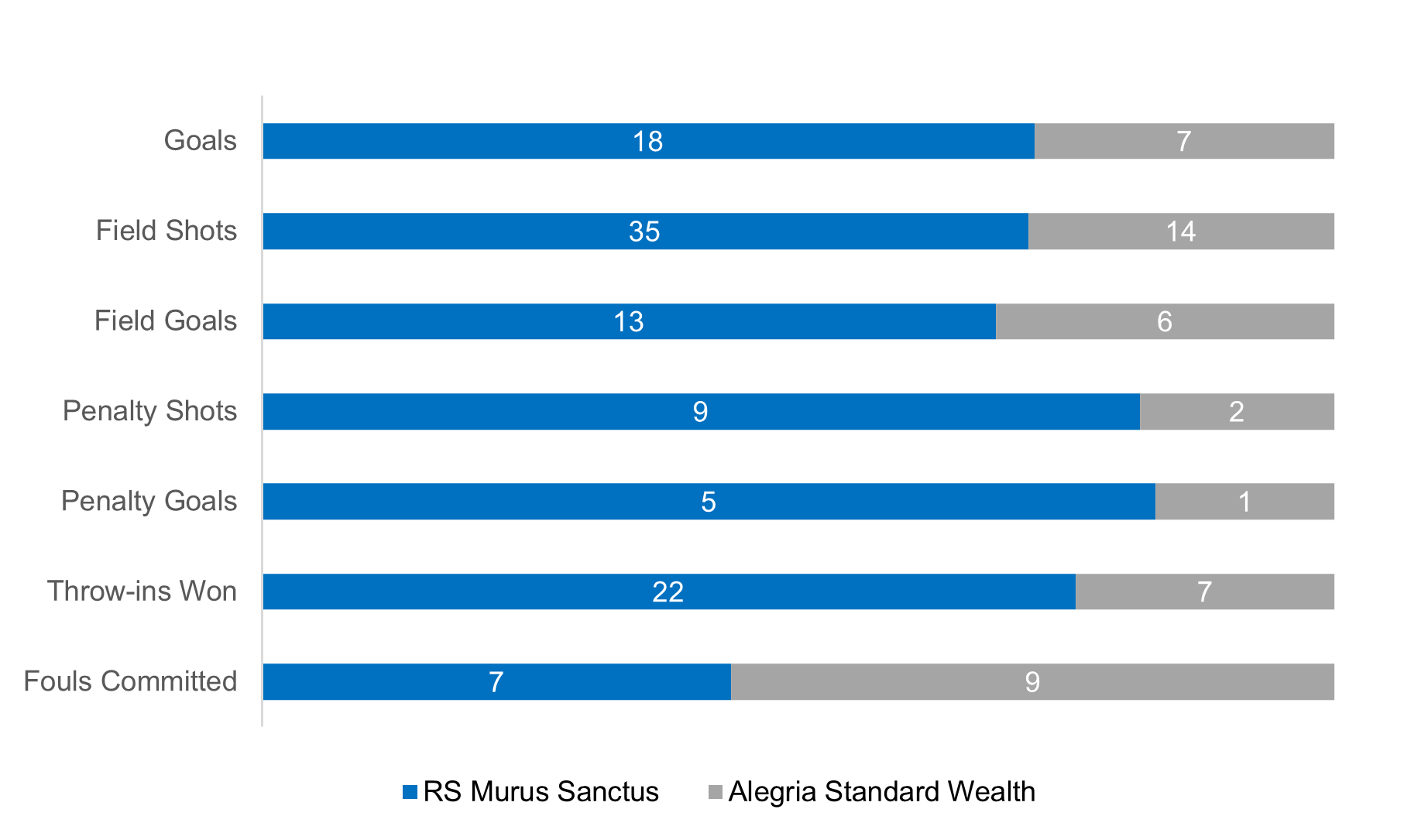 Scoring just 50 seconds into the game, Guillermo Terrera gave La Dolfina Brava Polo Team a quick advantage that they would hold on to throughout the first chukka with an organized defense. Assisting on a goal to Poroto, Terrera guided his team into the second chukka where they continued to drive forward, pressuring Chapaleufu into foul trouble that resulted in three penalty goals for Cambiaso. Winning possession to heavily outshoot Chapaleufu, La Dolfina Brava Polo Team had their opportunities to extend their lead further, but inaccurate shooting kept the difference at four as Rufino Bensadon and Felipe Dabas added a goal each before halftime. 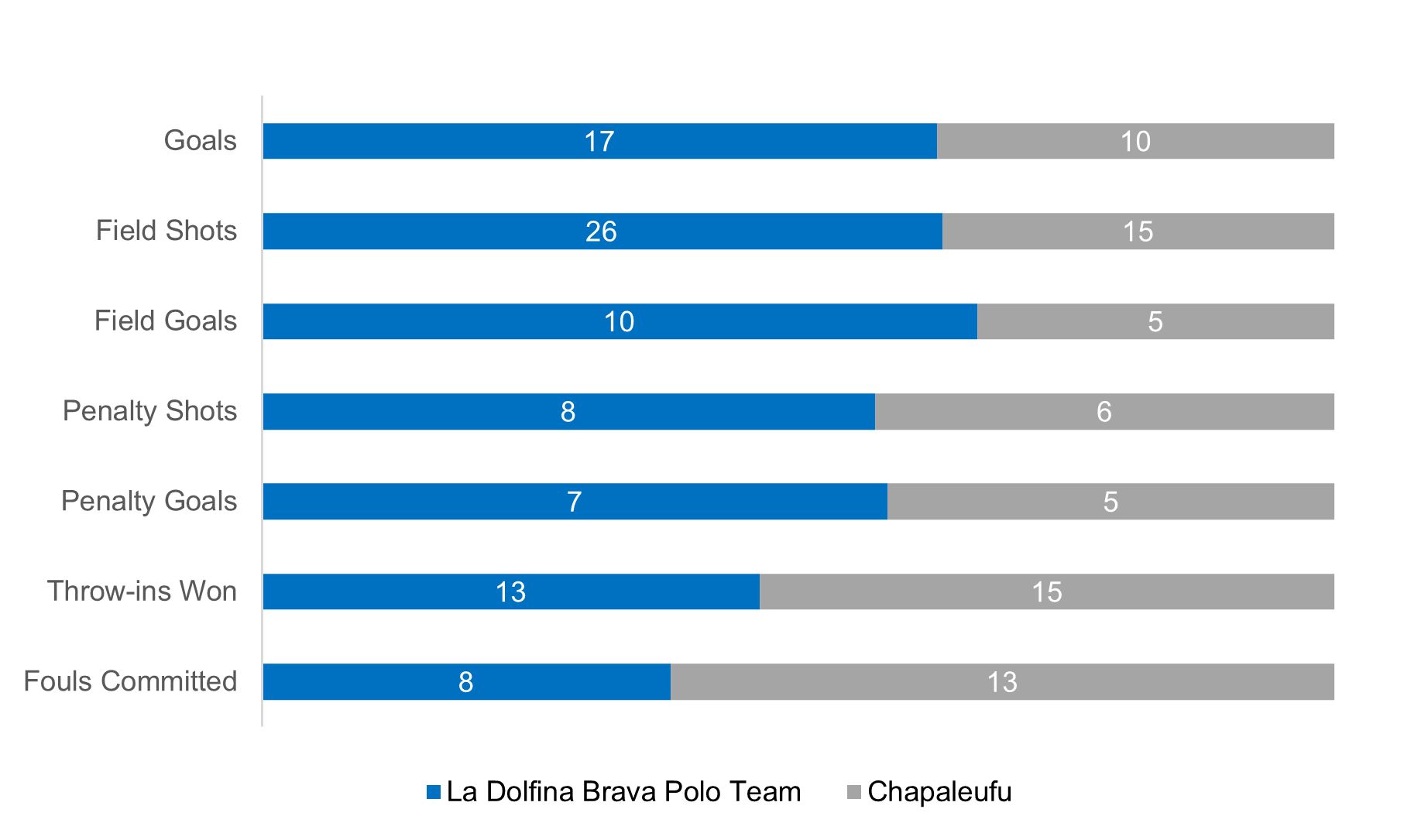 Recognizing the scoring potential of Chapaleufu, La Dolfina Brava Polo Team kept their foot on the gas and raced out of halftime with a three-goal fifth chukka. Terrera continued to be impactful in the #1 position, adding two more goals to push his team’s lead to six, however Chapaleufu provided a swift response from the same duo of Bensadon and Dabas in the sixth chukka, restoring the four-goal difference. Despite their best efforts, Chapaleufu could not slow the La Dolfina Brava Polo Team attack, with Terrera receiving a Penalty 1 for his sixth goal. Completing the impressive performance, Cambiaso singlehandedly produced two goals from the field and two from the penalty line in the final chukka to secure the 17-10 victory and become the first team to capture two wins.