Scone, Pilot and Dutta Corp/Show+ Advance to the Semifinals of the C.V. Whitney Cup®

Elimination games continued in the quarterfinals of the C.V. Whitney Cup® at International Polo Club Palm Beach (IPC). Packed with action, the Sunday tripleheader kicked-off with Scone handily defeating Coca-Cola 15-6 on Isla Carroll East, followed by Pilot delivering La Fe their third consecutive loss of the tournament with a 13-11 victory on Field 5. The feature matchup of the day on U.S. Polo Assn. Field 1 showcased an energized Dutta Corp/Show+ as the final team to advance into the semifinals in a convincing 13-8 win over SD Farms.

Awarded one goal on handicap, Coca-Cola began the first matchup of the day with an early lead from Rufino Bensadon converting his first penalty goal from the 60-yard line. Mounting a quick response, Adolfo Cambiaso made his presence known in the opening chukker on two back-to-back goals, as Scone began their complete offensive takeover. Leading Scone with thirteen goals, including nine from the line, Kristos “Keko” Magrini stepped up for his first penalty conversion of the day, followed in quick succession by another from the field. Taking an early 5-4 lead in the second chukker, Scone broke through in the third, kick-starting a run of four straight, including one each from Poroto and Adolfo Cambiaso to take a commanding 9-4 lead into the break.

Continuing their dominance to open the second half, Scone’s Magrini hit his second from the line, as Poroto Cambiaso sank his second from the field. Finally mounting an answer to Scone’s hit-and-run style of polo, Rufino Bensadon got Coca-Cola back on the board for the first time since the second chukker, however fifteen missed shot opportunities from the field proved costly for Coca-Cola, as Scone kept the pressure on their opponents to score another four goals, with two coming off the mallet of Magrini, including a spectacular play to draw the Penalty 1 call.

Receiving his second yellow card of the match, Nico Escobar was sent to the penalty box for two minutes, leaving a struggling Coca-Cola team shorthanded. Facing a staggering ten-goal deficit, Coca-Cola was able to reposition their remaining defenders to stave off another Scone attack and successfully kill the penalty on Escobar. One final goal from Julian de Lusarreta in the final minutes of regulation was simply not enough for Coca-Cola to overcome the power and execution of Scone, as they secured the 15-6 victory to remain undefeated entering the semifinals. 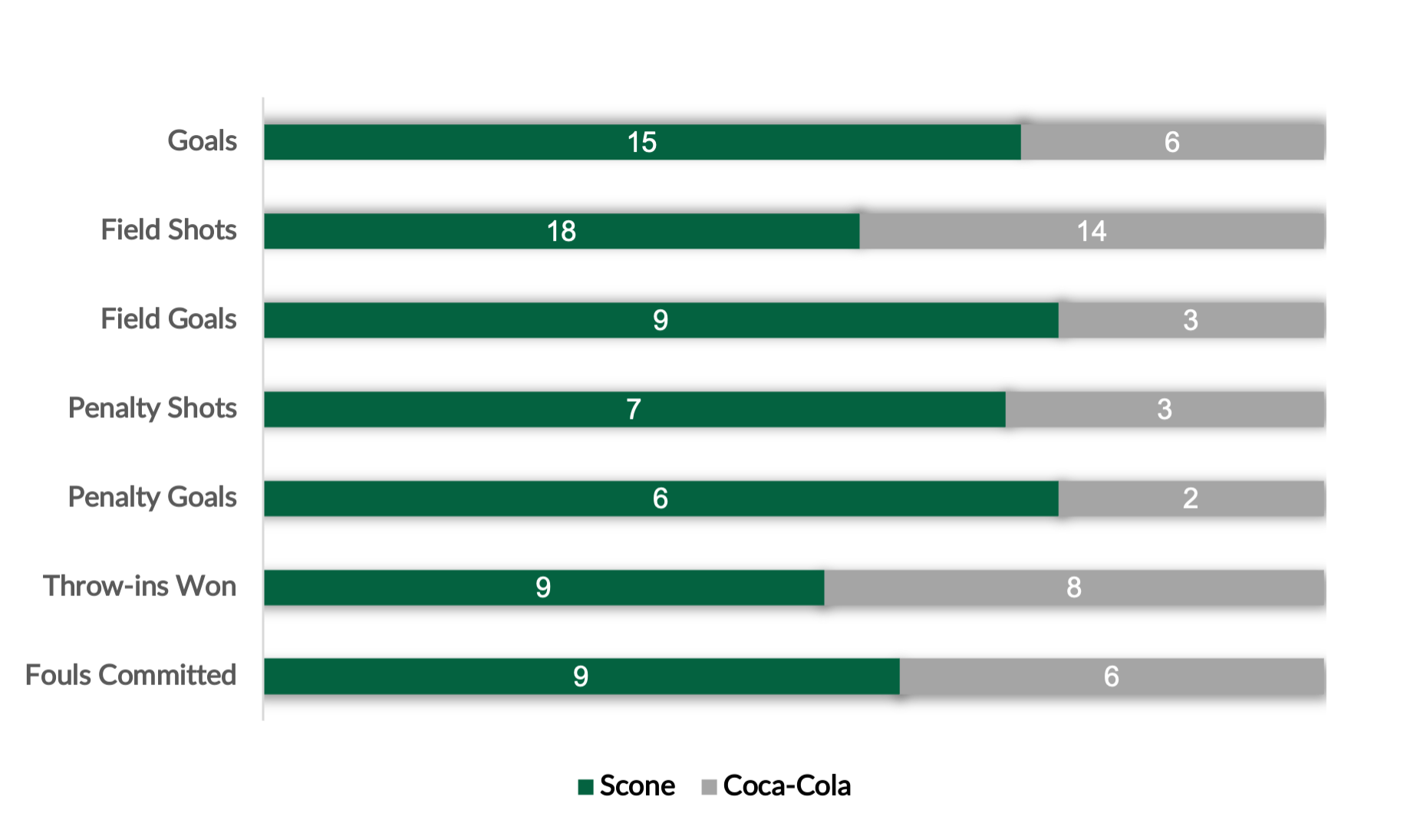 Reconvening on Field 5 for the second contest of the day, 20-goal La Fe began the match with two goals awarded on handicap. Filling in for an injured Francisco Elizalde, fellow 9-goaler Camilo Castagnola immediately made an impact, scoring from the field for a 3-0 La Fe lead. Shining throughout the first half, Pilot’s leading scorer Facundo Pieres contributed five goals in the first three chukkers of play, while teammate Matias Torres Zavaleta added a goal of his own from the field. Robi Bilbao found the scoreboard for La Fe in the late stages of the third chukker, but Pilot had firmly set the tone in open play as they took a 7-5 lead into the break.

Quickly resuming play with full momentum at their backs, Pieres continued to find space in the field on two consecutive goals for Pilot. Receiving his second yellow card of the day, Lucas Diaz Alberdi was sent to the penalty box, leaving La Fe shorthanded for two minutes. Trailing by four, La Fe managed to tighten their defensive play, with Castagnola converting his first penalty goal from the 60-yard line. With Diaz Alberdi back in play, a Penalty 1 awarded to Pilot was answered with Castagnola hitting the goal once more on a Penalty 2.

Attempting to keep the pressure on Pilot, La Fe uncharacteristically ran into foul trouble sending Pieres to the line with back-to-back attempts following his fifth goal of the day in open play. Making one final push for the comeback, La Fe found success from solid team play where goals from Bilbao, Louis Devaleix and Castagnola’s team leading fifth of the match brought La Fe to within two goals, but as regulation quickly expired, Pilot held on to remain undefeated in the tournament for the 13-11 victory. 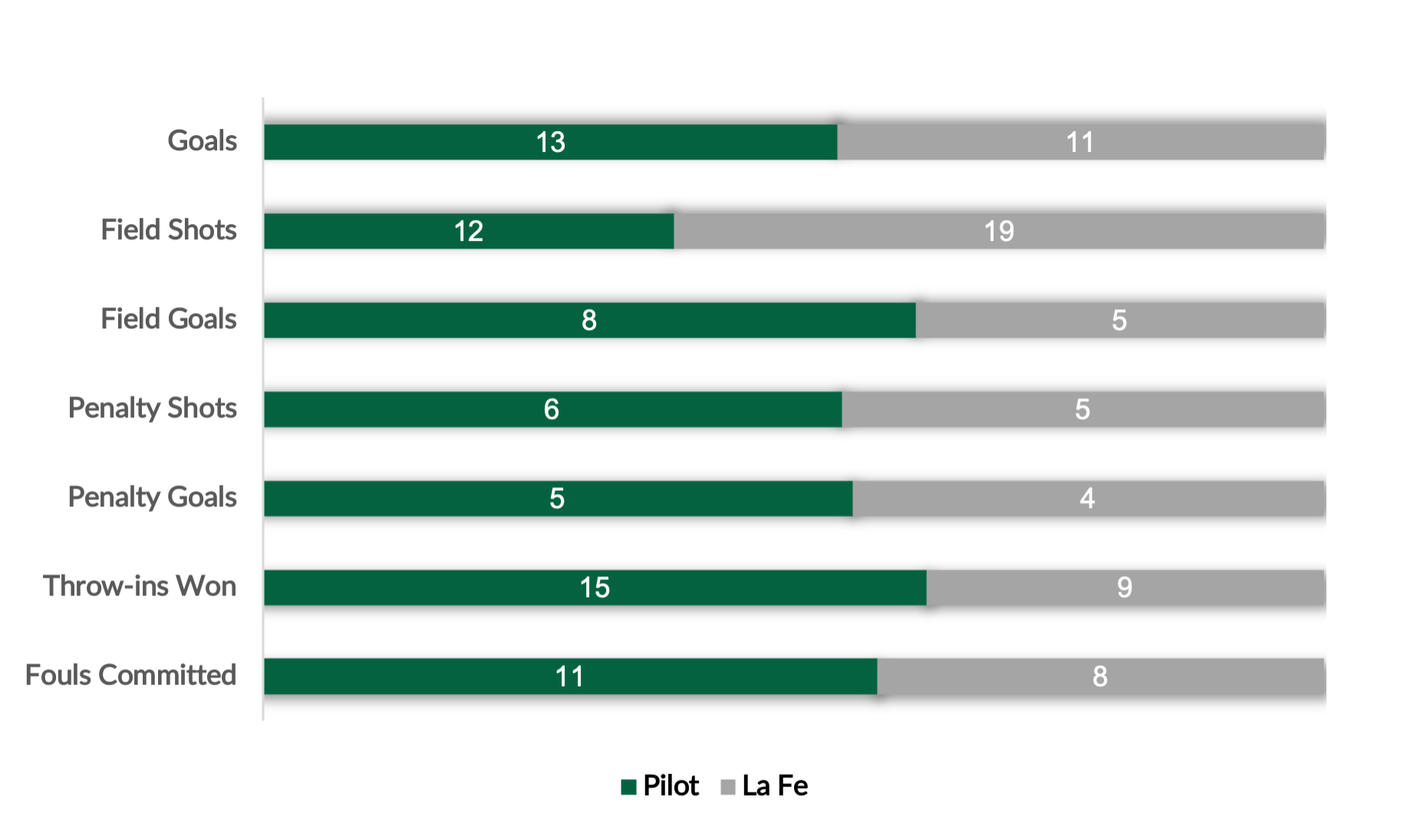 The feature game of the week on U.S. Polo Assn. Field 1 and final matchup in the tripleheader saw Dutta Corp/Show+ jump out to an early lead on consecutive goals from Inaki Laprida and 80% penalty shooter Tomas Garcia del Rio. Pelon Stirling and Lucas Escobar immediately responded for SD Farms with back-to-back goals of their own, to tie the contest 2-all. After sending a dangerous Garcia del Rio to the line once more for Dutta Corp/Show+, Sayyu Dantata found the posts to keep the game even. A quick pace of play and open style of polo allowed Dutta Corp/Show+ to finally gain the upper hand with goals from Timmy Dutta and Garcia del Rio to give their team a 7-3 lead at the end of the first half.

Facing a four-goal deficit, an injury to Stirling left him unable to continue with Adolfo Cambiaso stepping in as a substitute for his second match of the day. Another goal straight off a knock-in from Laprida increased Dutta Corp/Show+’s lead 8-3, but the experience and accuracy of Cambiaso allowed him to make an impact for SD Farms on a successful Penalty 4 conversion. With Cambiaso working in stride with Escobar, the young Escobar was able to receive the ball from Cambiaso with space to successfully find the goal on back-to-back attempts. In a tough back-and-forth contest, Garcia del Rio and Laprida each scored for Dutta Corp/Show+ to end the fifth chukker, however, Cambiaso and Peco Polledo were quick to respond to open the sixth.

Despite the addition of Cambiaso, SD Farms were simply unable to overcome their first half deficit and the horsepower of Laprida and Garcia del Rio, who combined for ten goals. To cap off their strong team performance, Timmy Dutta sent the ball through the posts one last time for Dutta Corp/Show+ and reserved their spot in the semifinals with a comfortable 13-8 win. 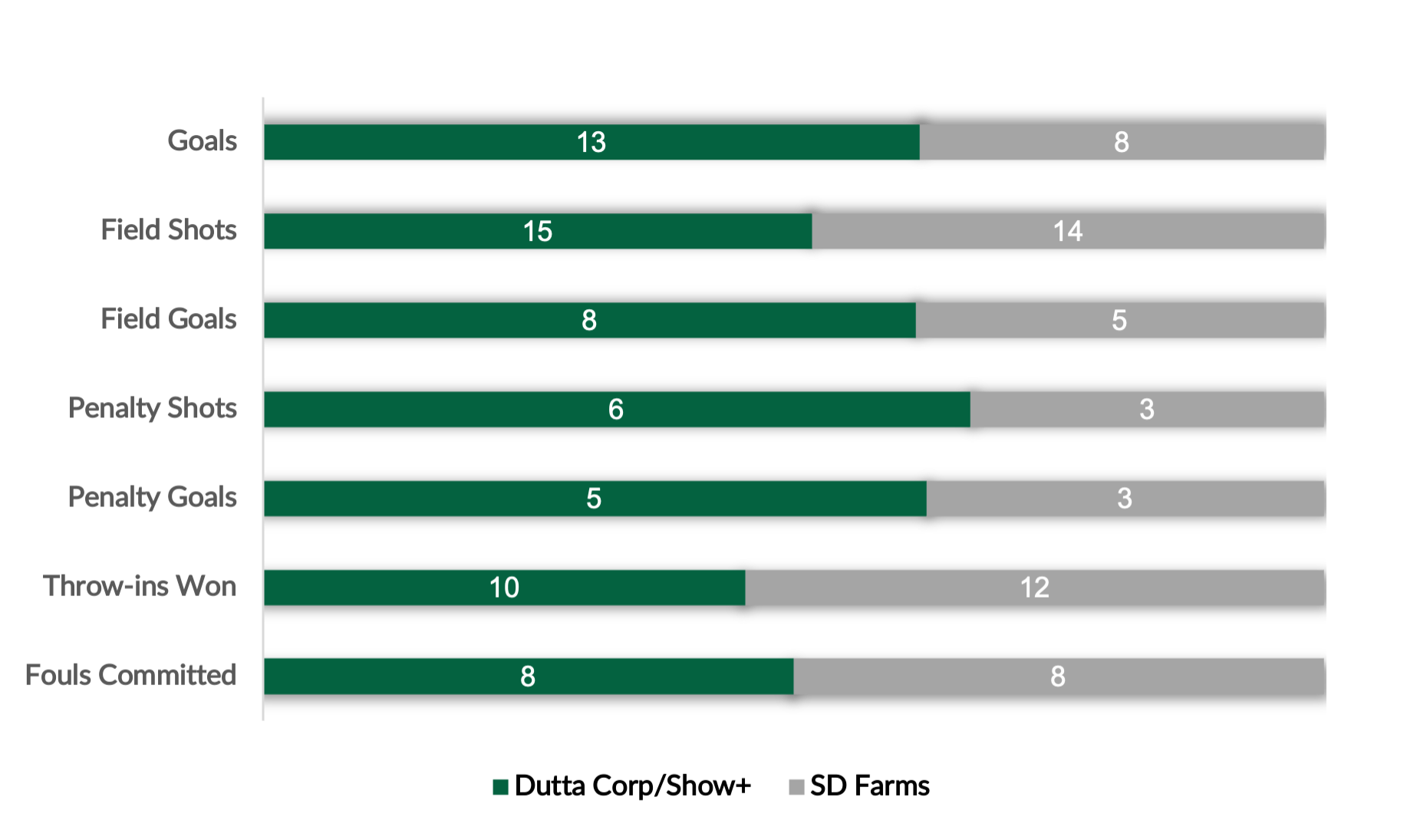 For his contributions scoring six goals, including four from the penalty line, Tomas Garcia del Rio was awarded Most Valuable Player, while Pelon Stirling’s “Lujuria” was named Best Playing Pony.

Semifinal matches in the C.V. Whitney Cup® are set for Wednesday, February 23 with Park Place taking on Scone at 11:00am ET, followed by Scone against Dutta Corp/Show+ at 3:00pm ET.