Kicking off Sunday’s action, the first of two Park Place teams competing on the day opened the scoring on a Penalty 2 conversion from 10-goaler Facundo Pieres. Looking to extend their unbeaten run in the tournament, Marques de Riscal provided a swift response with back-to-back goals from Guillermo Caset adding to their one-goal on handicap for the early 3-1 lead. Taking over play in the field in the second, the two-man game of Francisco Elizalde and Pieres resulted in two goals each as part of a dominant 4-1 second chukka that erased the two-goal deficit and put Park Place on top by one. Matching each other stride-for-stride in the final chukka of the first half, an exchange of goals from Park Place’s Pieres and Marques de Riscal’s Caset and Laborde allowed Park Place to maintain their narrow advantage to take a 7-6 lead into halftime.

In arguably the most decisive chukka of the match, Park Place exited halftime exploding for five goals due to the play of young Louis Hine. Contributing three field goals on perfect shooting, Hine along with Pieres suddenly put Park Place ahead 12-7, with Marques de Riscal in danger of exiting the tournament with their first loss. Swapping penalty conversions in the fifth chukka between Caset for Marques de Riscal and Pieres for Park Place, the defensive seven minutes played into the hands of Park Place as they effectively kept Marques de Riscal from generating a run and maintained their five-goal advantage with one chukka remaining. Needing to make a definitive push to force the match into overtime, three consecutive goals from Caset, including his fourth penalty goal of the match brought Marques de Riscal within striking distance, but two final drives from Elizalde in the field and Pieres at the 30-yard line sealed Park Place’s 15-11 victory. 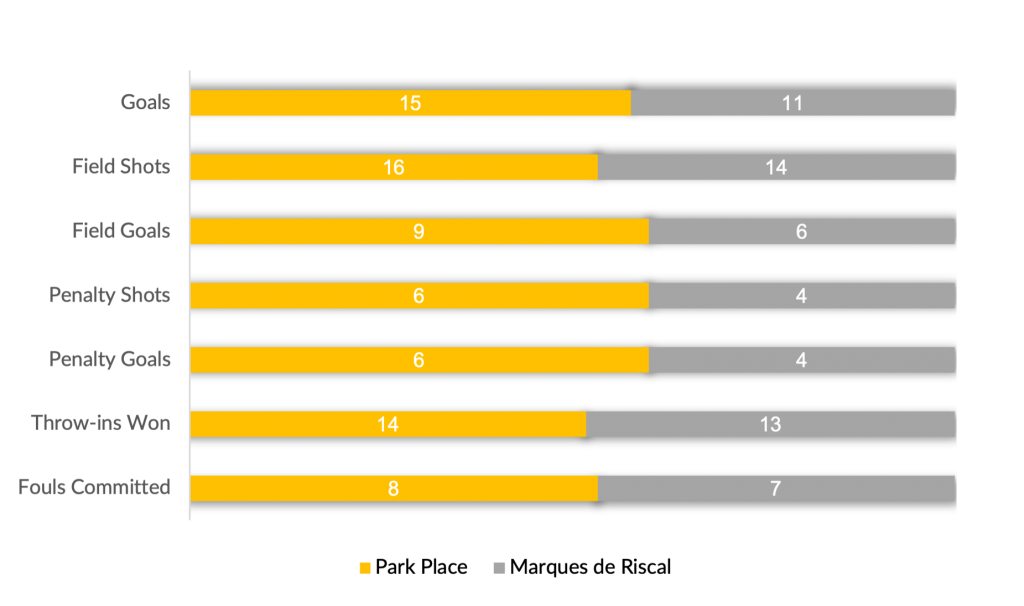 Attempting to claim a second victory on the day for the Park Place organization, Park Place Vaara also got out to a quick start, outscoring Talandracas 3-1 in the first chukka, with three goals coming from their 10-goaler Hilario Ulloa to set the tone in Park Place Vaara’s favour. Remaining firmly in control, Ulloa continued to have a significant impact in the early stages of the match, adding his fourth goal while assisting on a field goal to Santos Merlos as Park Place Vaara extended their lead to three. Despite the slow start, Talandracas began to find their rhythm in the third chukka behind the play of Pablo Pieres, who scored all three of his team’s goals in the chukka, but Park Place Vaara completed an exceptional first half with three goals of their own to hold an 8-5 lead at the half.

Holding their opponents scoreless for the first time in the match, a crucial shut-down defensive chukka allowed Talandracas to begin their comeback with two more field goals coming off the mallet of Pablo Pieres. However, Talandracas had the opportunity to surge into the lead in the dominant chukka, but three Penalty 4 attempts sailed wide, allowing Park Place Vaara to maintain a narrow one-goal lead. Holding the momentum, Talandracas drove forward in the fifth chukka as their defense changed the dynamic of the match, limiting Park Place Vaara to just one goal, while they added three more to enter the final chukka with their first lead of the game at 10-9.  Quickly extending their lead to two on another tally from Pieres, Talandracas had the victory in their sights. Trying to recapture their offense from the first half, Juan Britos brought Park Place Vaara back within one, but it was the only offense they could muster as Talandracas held the potent attack to just two goals in the entire second half. A final goal from Isidro Strada ensured the victory as Talandracas enters the semifinal after the 12-10 triumph over Park Place Vaara. 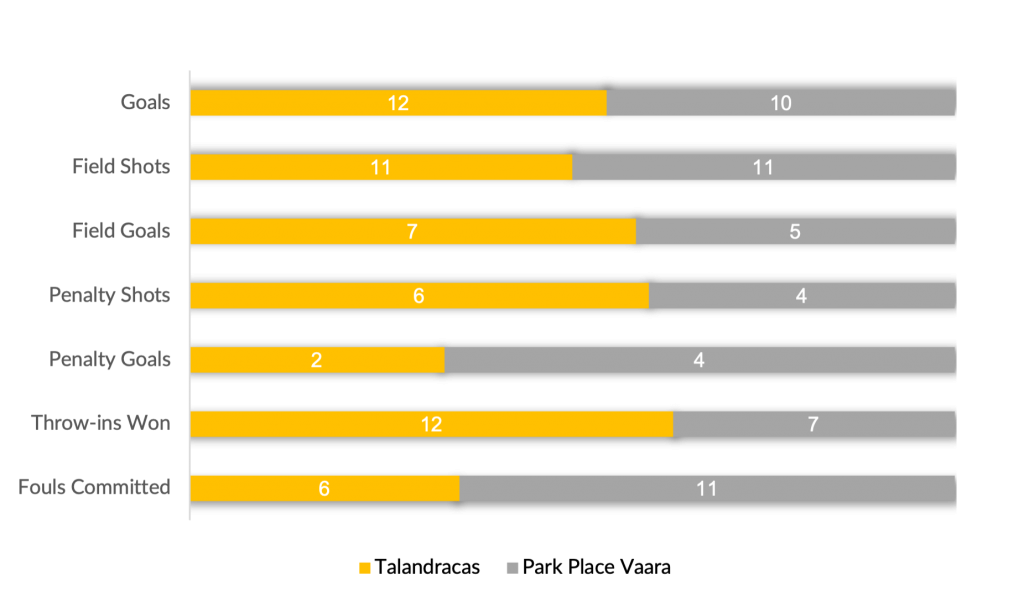