The much-anticipated semifinals of the 2022 British Open Polo Championship for the Cowdray Gold Cup descended on Cowdray Park Polo Club with undefeated Dubai Polo Team against Scone, followed by Park Place versus Talandracas to determine the final two teams with hopes of capturing the prestigious title.

The opening semifinal began with a leading performance from Scone’s Poroto Cambiaso, producing three unanswered goals to open the game. Playing in place of Adolfo Cambiaso, Juan Martin Nero joined the Scone line-up, contributing on the defense end in the early stages as two penalty conversions from Cambiaso showcased a Scone team that applied the pressure early against Dubai Polo Team. Matt Perry finished a pass from Camilo Castagnola to get Dubai Polo Team on the scoreboard, but the fourth goal of the chukka for Poroto Cambiaso resulted in a 4-1 lead. Dubai Polo Team established their rhythm in the second chukka, as they prevented Scone from finding the goal and received two field goals from Castagnola along with Jeronimo del Carril’s first to bring the game even at 4-all. It was evident the remainder of the match was featuring two evenly matched sides as they battled into halftime, but the tie score remained with the teams deadlocked at 5-all.

With a spot in the final on the line, play tightened to begin the second half and the result was five combined fouls between the two teams. While Scone’s Poroto Cambiaso sent a Penalty 2 through the posts, Dubai Polo Team missed all three of their penalty attempts to trail by one. Del Carril knocked a Penalty 2 in during the fifth chukka to break the drought for Dubai Polo Team, but it would be their only penalty conversion of the match as all remaining goals came from the field. The back-and-forth game had the spectators on the edge of their seats, but it was a three-goal chukka from Scone that suddenly put them ahead by two with just one chukka between them and the final. Moving forward in the game, Nero added his third goal to increase Scone’s lead further, but Dubai Polo Team stormed back with an impressive comeback. Collecting two goals and an assist, Castagnola raised his level of play to stun Scone and tie the game at 11-all and force overtime. Nearly three minutes into the extra chukker, a steal from Perry sprung Castagnola on a breakaway and he carried the ball through the posts to send Dubai Polo Team into the finals with the thrilling 12-11 victory. 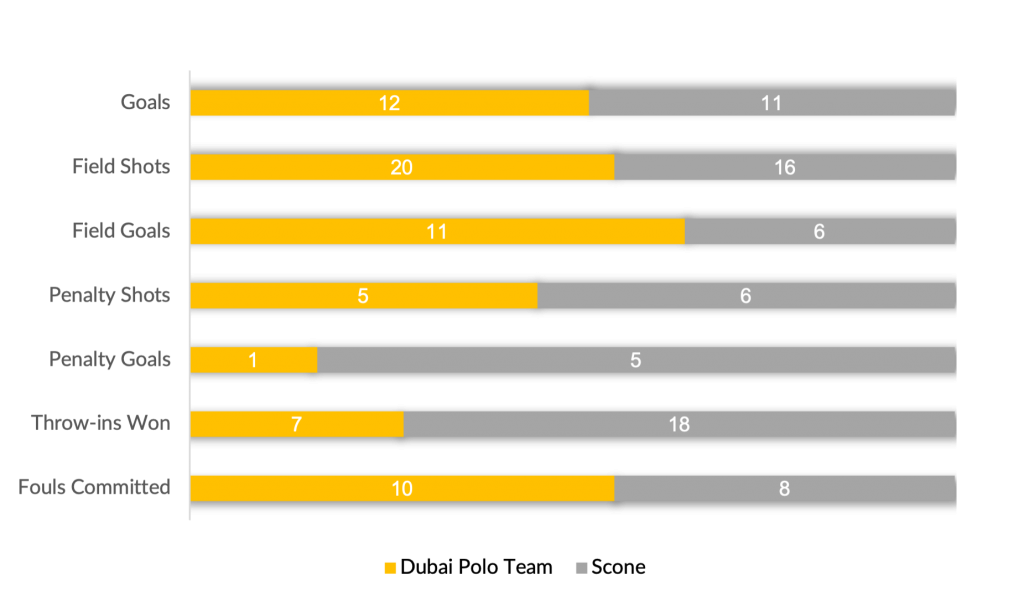 Coming off a convincing quarterfinals victory against Marques de Riscal, Park Place’s effective offensive duo of Facundo Pieres and Francisco Elizalde set the tone for Park Place in the second semifinal despite conceding a goal on handicap. Assisting on two-goals for Elizalde, while adding a Safety conversion in the opening chukka, Pieres helped guide Park Place to the early 3-2 advantage. Contributing Talandracas’ only offensive efforts in the opening frame, Alejandro Muzzio was back on the scoreboard in the second alongside a Penalty 3 conversion for Pablo Pieres to outscore Park Place and tie the match at 4-all. With each team determined to take the halftime lead, a fast-paced third chukka featured few whistles as Talandracas’ Pieres contributed two goals as part of a 3-2 chukka that went in favour of Talandracas, resulting in a narrow 7-6 lead at the break.

Park Place’s offensive came to life in the second half due to the exceptional play of 10-goaler Facundo Pieres. Displaying a dominant style of play, Pieres sent both shot attempts through the goal, added a Penalty 3 conversion, and assisted on an Elizalde field goal all in the fourth chukka to push Park Place into the lead 10-8.  Held without a field goal for the entire second half, Talandracas needed to produce from the penalty line as Pablo Pieres added his third penalty goal, but the momentum was firmly in Park Place’s favour. Extending their lead to three, Park Place was steps from victory and with an organized defensive effort that prevented a Talandracas run, young Louis Hine scored his first of the match to seal the 13-10 win. 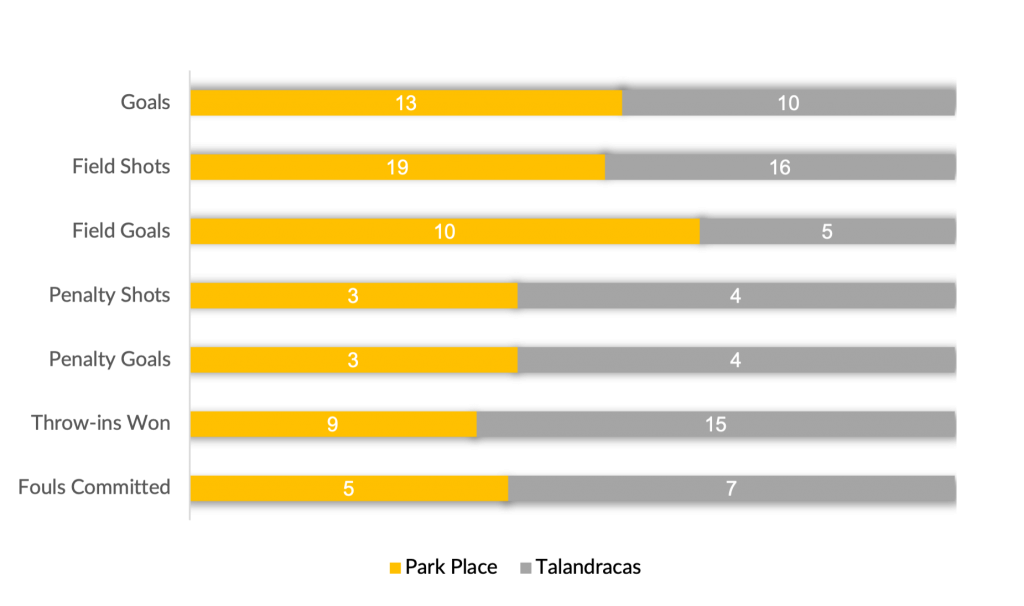