Trading scores to open the action, Cria La Dolfina’s Cavanagh was matched by efforts from La Irenita Clinova’s Facundo F. Llorente and Bayugar. Continuing to match each other stride-for-stride, Bayugar generated some separation in the third chukka on three consecutive goals, as Tomas F. Llorente and Strada added on from the field to give La Irenita Clinova a 7-2 advantage at the break.

Managing just two goals on twelve shots in the first half, Terrera got a struggling Cria La Dolfina back on the scoreboard for the first time since the third chukka. Utilizing the momentum established in the fifth, Cria La Dolfina began their comeback bid putting together a run of three goals that included key conversions from Panelo and Cavanagh to cut their deficit to four. Left scoreless in the sixth, La Irenita Clinova answered on back-to-back efforts from Bayugar and Strada, as La Irenita Clinova’s consistent defensive efforts successfully held Cria La Dolfina to one goal on five shots to secure the 11-9 victory. 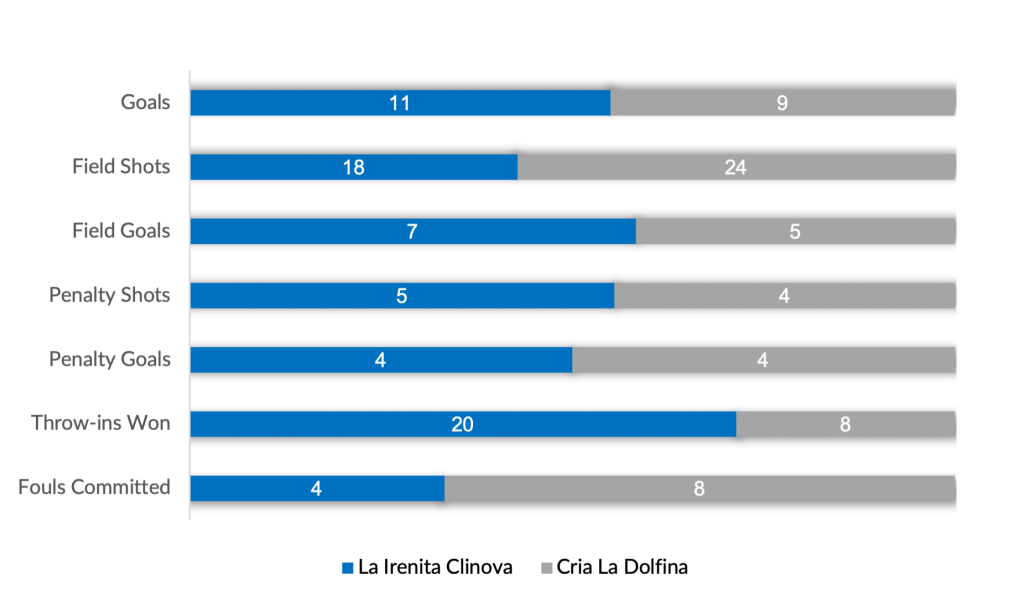 Unable to convert from the penalty line in the first half, La Irenita Gsquared’s scoring drought continued in the fifth, as Caset and de Carril increased La Ensenada RS Murus Sanctus’ commanding lead to seven. Finally getting La Irenita Gsquared back on the scoreboard since early in the first half, a field goal from Dabas led the way for Bocchino to add an additional two goals, but a final effort from Cernadas ultimately sealed the victory for La Ensenada RS Murus Sanctus 11-5. 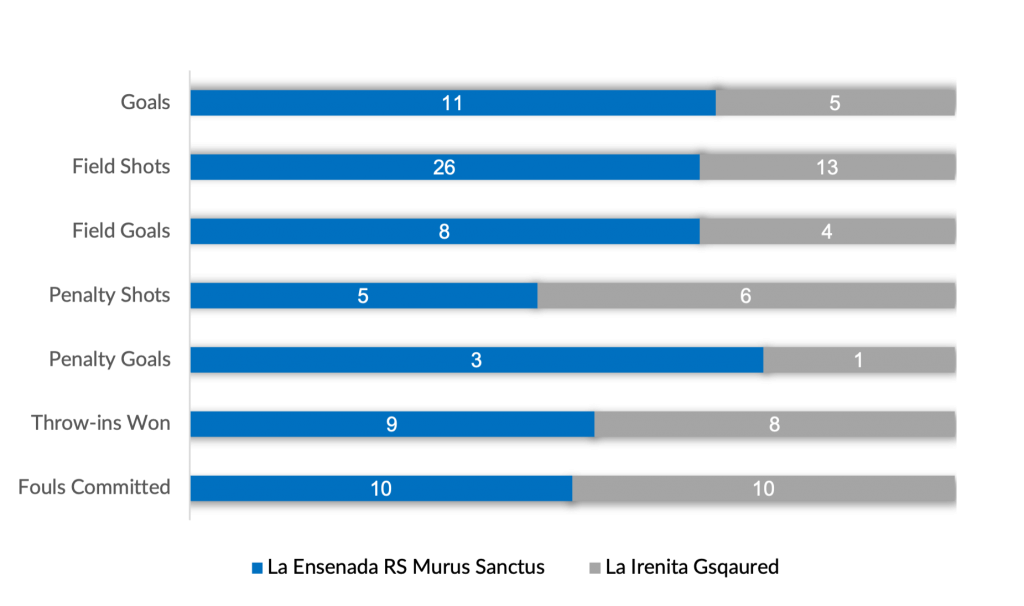