The second round of the 2021 Hurlingham Open began on Saturday at Pilar as RS Murus Sanctus remained undefeated with the 14-9 victory over La Irenita Polo Team, while La Dolfina Brava Polo Team upset Ellerstina Johor 10-9.

Leading from start to finish in the opening match, RS Murus Sanctus produced a strong showing that was led by the duo of Caset and Nero. Combining for an impressive eight assists, the duo highlighted an effective passing attack that resulted in RS Murus Sanctus heavily outshooting La Irenita Polo Team 29-11. Often on the receiving end of passes, Sola excelled at the front of the match, tying Caset with four field goals to lead all players. Although RS Murus Sanctus struggled with accuracy from both the field and the penalty line, the additional scoring chances led them to victory.

Applying pressure early in the game, RS Murus Sanctus took the 3-1 advantage on two field goals from Caset and one from Sola. Controlling possession, RS Murus Sanctus limited La Irenita Polo Team to just one shot through the opening two chukkas, allowing them to extend their lead further. Assisting on all three of their field goals in the second chukka, RS Murus Sanctus surged further ahead, receiving contributions from all four players, including a field goal from Facundo Fernandez Llorente, playing in place of the injured Pablo MacDonough. The five-goal difference carried through the third chukka until La Irenita Polo Team made a push before the end of the half, scoring four goals in a dominant fourth chukka. Receiving one goal each from all four players, La Irenita pulled within three, trailing 10-7.

Turning their focus back to defense, RS Murus Sanctus dominated possession in the second half, keeping La Irenita scoreless in the fifth and sixth chukkas while producing 11 shot attempts. Struggling with accuracy, RS Murus Sanctus converted just three of those attempts, but their defense proved to be a significant factor in the outcome as La Irenita was unable to reduce the deficit. Highlighting an exceptional performance in the back position, Nero added his fifth assist in the final chukka to ensure victory for RS Murus Sanctus, as they improved to 2-0 and moved to the top of Zone A. 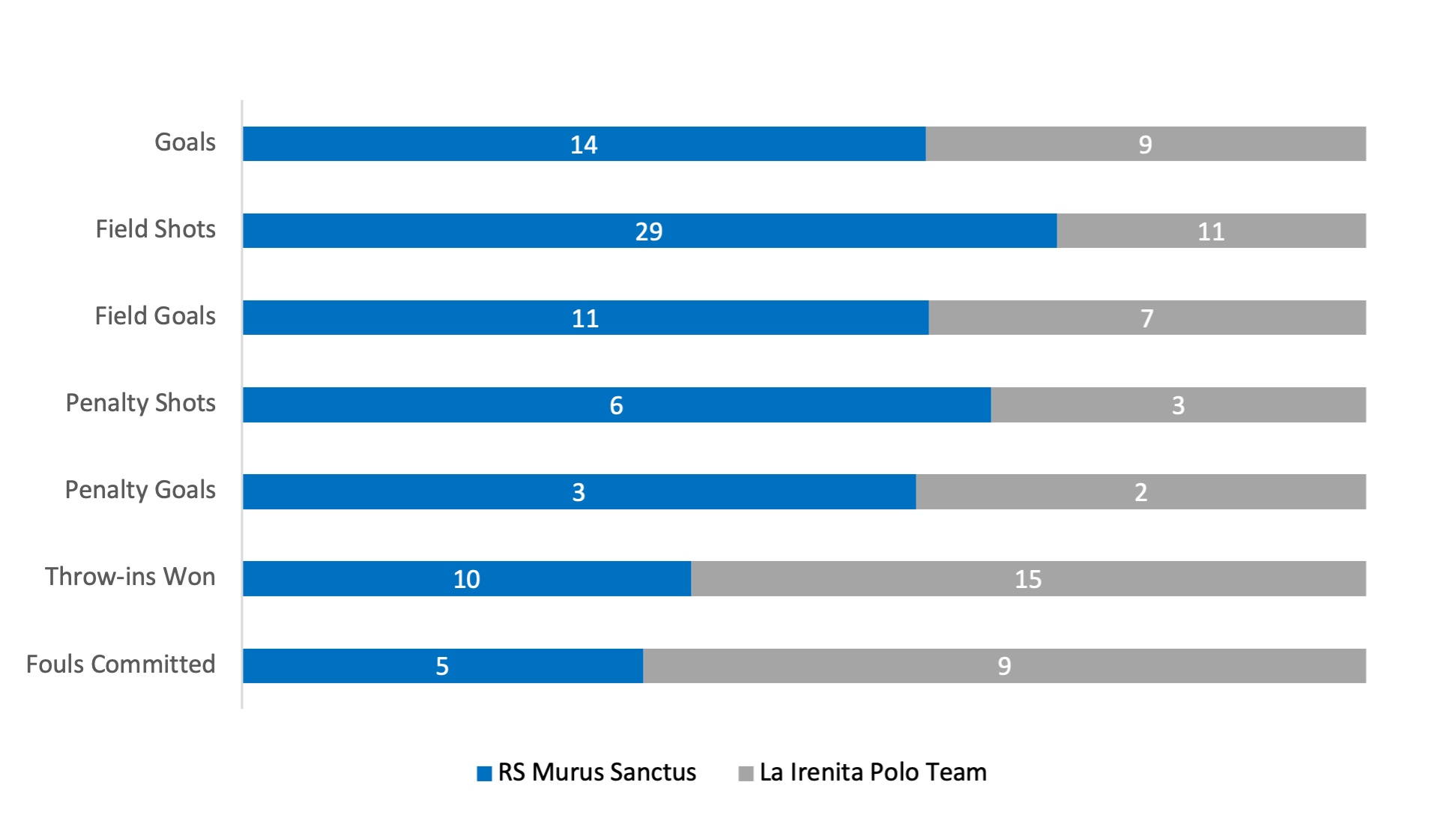 Ellerstina Johor was held without a goal in the opening two chukkas, providing La Dolfina Brava Polo Team with the opportunity to take the early lead. Cambiaso and Terrera provided a field goal each while a combined team effort kept their opponents scoreless. Exiting the game with an injury, Nicolas Pieres was replaced by Bautista Bayugar and he made an immediate impact in the third chukka, adding a goal and an assist to get Ellerstina Johor on the scoreboard. Carrying the momentum into the end of the half, Bayugar scored his second goal, while Facundo Pieres provided the rest of the offense in a three-goal chukka. Two penalty conversions for Cambiaso provided La Dolfina Brava Polo Team’s response to leave the score tied at 5-5 entering halftime. 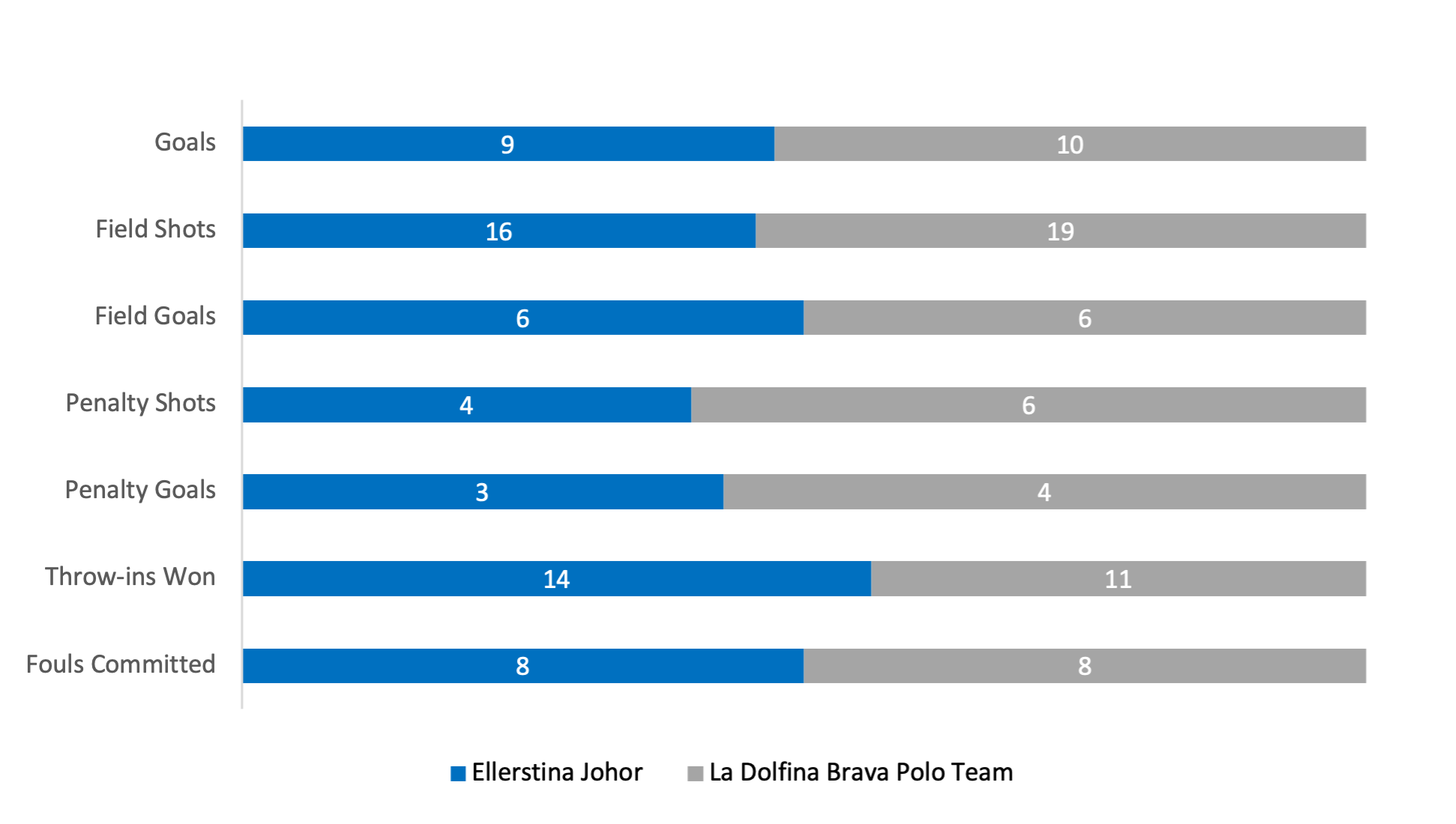 Facundo Pieres opened the scoring in the second half to give Ellerstina Johor their first lead of the game, but it was short-lived as Cambiaso received a pass from Terrera to restore the tie. Cambiaso continued to be a driving force for La Dolfina Brava Polo Team, adding a Penalty 2 conversion and field goal in the sixth chukka to leave his team ahead by one at the beginning of the seventh chukka. Drawing on their experience, Ellerstina Johor raced into the lead, scoring back-to-back goals from Facundo Pieres and Bayugar. With time ticking down, La Dolfina Brava returned to generating goals from the penalty line to tie the score. On the final play of the game it was Terrera who played the hero, scoring the game-winning goal to complete the upset and secure the 10-9 victory for La Dolfina Brava Polo Team.