Kicking-off the quarterfinals at International Polo Club Palm Beach (IPC), an undefeated Pilot faced SD Farms following their playoff victory against La Fe. Assembling at La Indiana, Pilot jumped out to a quick start, as a nine-goal performance from captain Facundo Pieres staved off a late SD Farms comeback to hold on for the 12-8 victory. Reconvening at Isla Carroll East, Tamera and Polo Training Foundation engaged in a highly contested battle that required overtime to settle the score, as Diego Cavanagh tapped in his fourth conversion of the day to seal the 10-9 win.

Initiating Saturday’s doubleheader at La Indiana, Pilot’s leading scorer Pieres began the match with a quick goal in open play. Following a substitution in Juan Vidal Dominguez following an injury to SD Farms’ Sayyu Dantata, Pieres continued to apply pressure to his opponents, striking from the 60-yard line and the field for an early 3-0 Pilot lead. Receiving his second yellow card of the match, SD Farms’ Felipe Vercellino was relegated to the penalty box giving an offensively dangerous Pieres the opportunity to score once more on the one-man advantage. Adjusting to the injury to Dantata and penalty to Vercellino, Felipe Viana eluded coverage to score a shorthanded goal to respond with SD Farms’ first goal of the match. Returning to the field following the expiration of the penalty, Vercellino would add a successful penalty conversion to the scoreboard for SD Farms, but the free-flowing offensive of Pilot remained in control to combine for another three goals, including the first for Matias Torres Zavaleta to take a commanding 8-2 lead into the break.

Starting to find their chemistry in the latter stages of the third chukker, Vercellino converted his second Penalty 4 to kick-start the second half, but the power of Pieres surfaced once more for Pilot. Scoring on back-to-back drives, Pieres drove in his ninety-seventh goal of the GAUNTLET and surpassed Park Place’s Hilario Ulloa for the prize spot of leading scorer. With Pieres’ eyes firmly set on reaching the hundred goal milestone, SD Farms’ double coverage of the 10-goaler opened some space on the field for them to finally claw back into contention. Igniting the comeback, Vercellino hit his third penalty conversion of the match, while Pedro Zacharias and Dominguez each grinded at the line to draw two Penalty 1’s. Trailing by just three, Viana sent his second goal on the day through the posts to bring SD Farms back into the fold trailing 10-8. Left off the scoreboard entirely in the fifth chukker, Pilot’s once comfortable lead was challenged by the effective defensive coverage of SD Farms, however two consecutive goals from Pieres and Zavaleta ended the match 12-8 to send Pilot soaring into the semifinals. 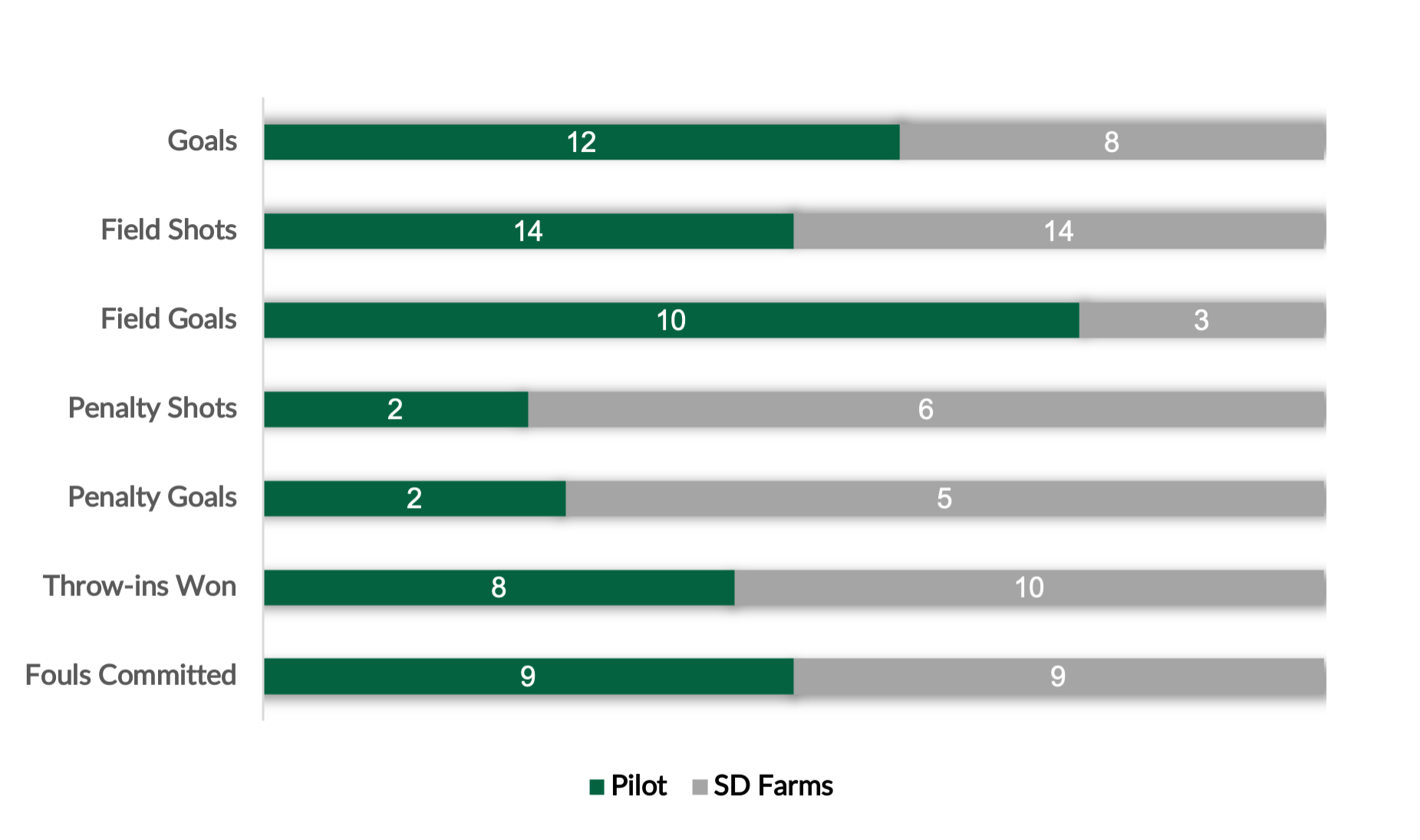 Capping off the day’s events at Isla Carroll East, Polo Training Foundation’s Nic Roldan wasted no time getting his team back on the scoreboard to begin a back-and-forth battle with Tamera. Responding immediately, 9-goaler Cavanagh sent two back-to-back goals sailing from the 60-yard line across the goal to give Tamera a 2-1 advantage. Reorganizing from the field, contributions from Jesse Bray, Roldan and Matias Gonzalez pushed Polo Training Foundation ahead of their evenly matched opponents 4-2. Dialing up the offensive efforts from Tamera in the third chukker, one more goal from Polo Training Foundation’s Bray was offset by field goals from Magoo Laprida, Segundo Saravi and Cavanagh, as Tamera ended the half with a slim 6-5 lead.

Continuing to battle in the field, both teams saw multiple chances in the fourth, however it would be Roldan to tap in a Penalty 2 to account for the only scoring in the chukker and tie the match 6-all. Trading goals in the fifth chukker between Roldan at the 60-yard line and Carlitos Gracida drawing a Penalty 1 for Polo Training Foundation, Laprida found his second in the field while Cavanagh responded with a Penalty 4 of his own to keep the match deadlocked 8-8. Matching each other stride for stride, offsetting Penalty 2’s from Saravi and Roldan ended regulation tied 9-all. Clamping down on defense in overtime, Polo Training Foundation were unable to convert in a frenetic extra chukker, as a final Penalty 2 was awarded to Tamera following a back-and-forth battle for possession. Stepping up for his team, Cavanagh rolled his team leading fifth goal across the line to capture the 10-9 victory for Tamera’s hard-fought semifinal berth. 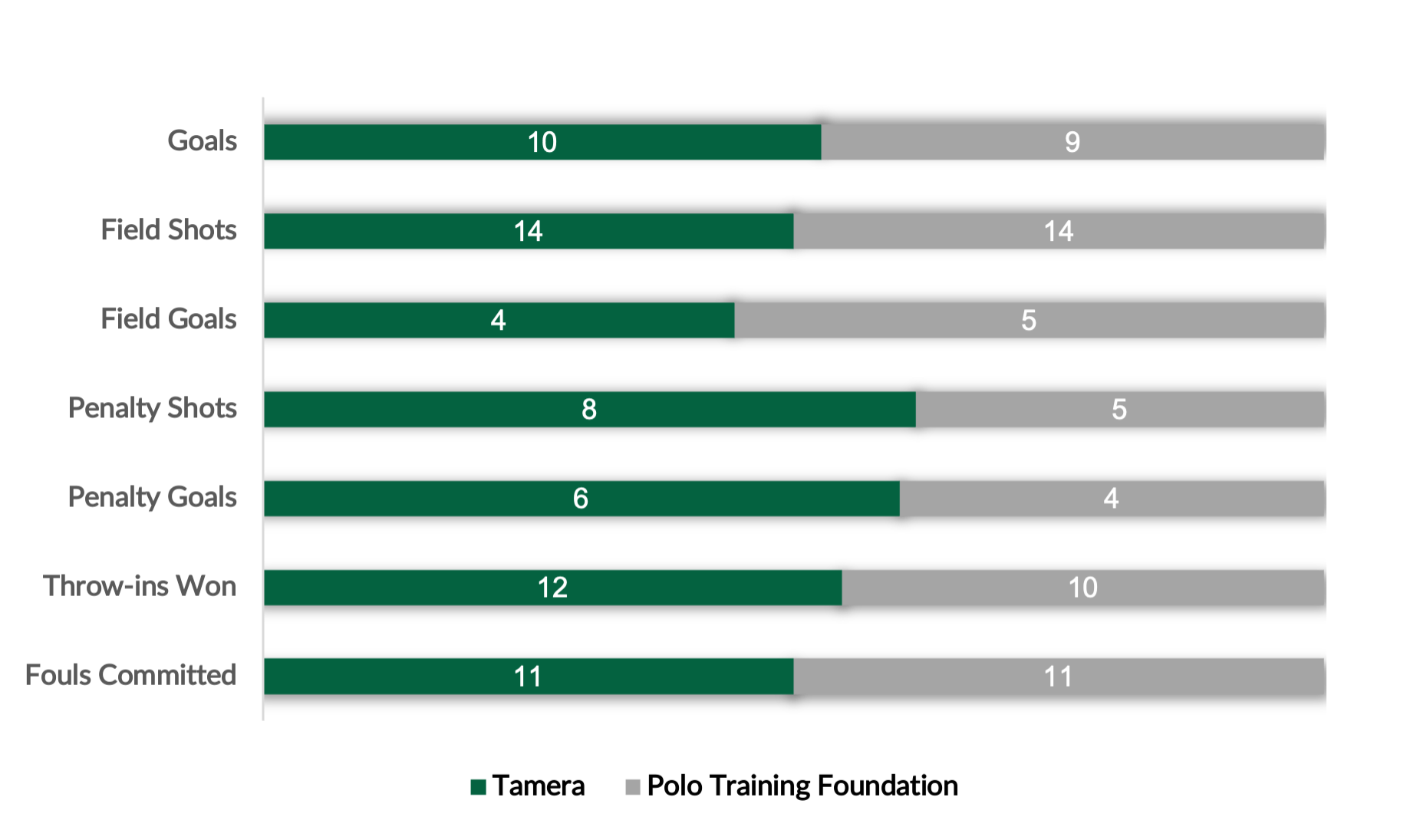 Quarterfinal action in the U.S. Open Polo Championship® concludes April 18 at IPC, with Park Place facing Scone at 11:00am ET on Field 4, followed by Aspen Valley Polo Club and La Elina in the Featured Game of the Week at 3:00pm ET on U.S. Polo Assn. Field 1.