Entering Saturday’s U.S. Open Women’s Polo Championship® final at the International Polo Club Palm Beach as the only undefeated team, Hawaii Polo Life completed their impressive run through the tournament with the 8-3 victory against Blue Water for the third title in four years.

Leading from start to finish, Hawaii Polo Life controlled possession from the opening throw-in to outshoot Blue Water 17-6. With few penalty shots for either team, the game was primarily decided in open play where 10-goaler Hazel Jackson excelled with three goals and four assists to contribute on all but one of her team’s goals. Utilizing exceptional horsepower, Hawaii Polo Life’s built a large lead behind a defense that was equally as strong, limiting Blue Water to just one field goal in the game. With the dominant performance, Hawaii Polo Life completed the five-goal victory to return to the winner’s circle at IPC.

Asserting themselves in the opening moments of the final, Hawaii Polo Life’s elite duo of Hazel Jackson and Mia Cambiaso connected for their team’s first goal of the game. Outshooting Blue Water 6-0 in the first chukker, Hawaii Polo Life kept their opponents pinned in their own half and added two more goals, the last coming on a Penalty 2 conversion from Jackson to hold a 3-0 lead. Drawing attention from the Blue Water defense, Jackson utilized the pass to set up consecutive goals for Cambiaso and Pamela Flanagan, extending Hawaii Polo Life’s lead to five at the end of the second chukker. Breaking through for their first goal of the game on a Penalty 2 from Izzy Parsons, Blue Water found their first rhythm of the game, but the difference on the scoreboard remained at five with two chukkers remaining. 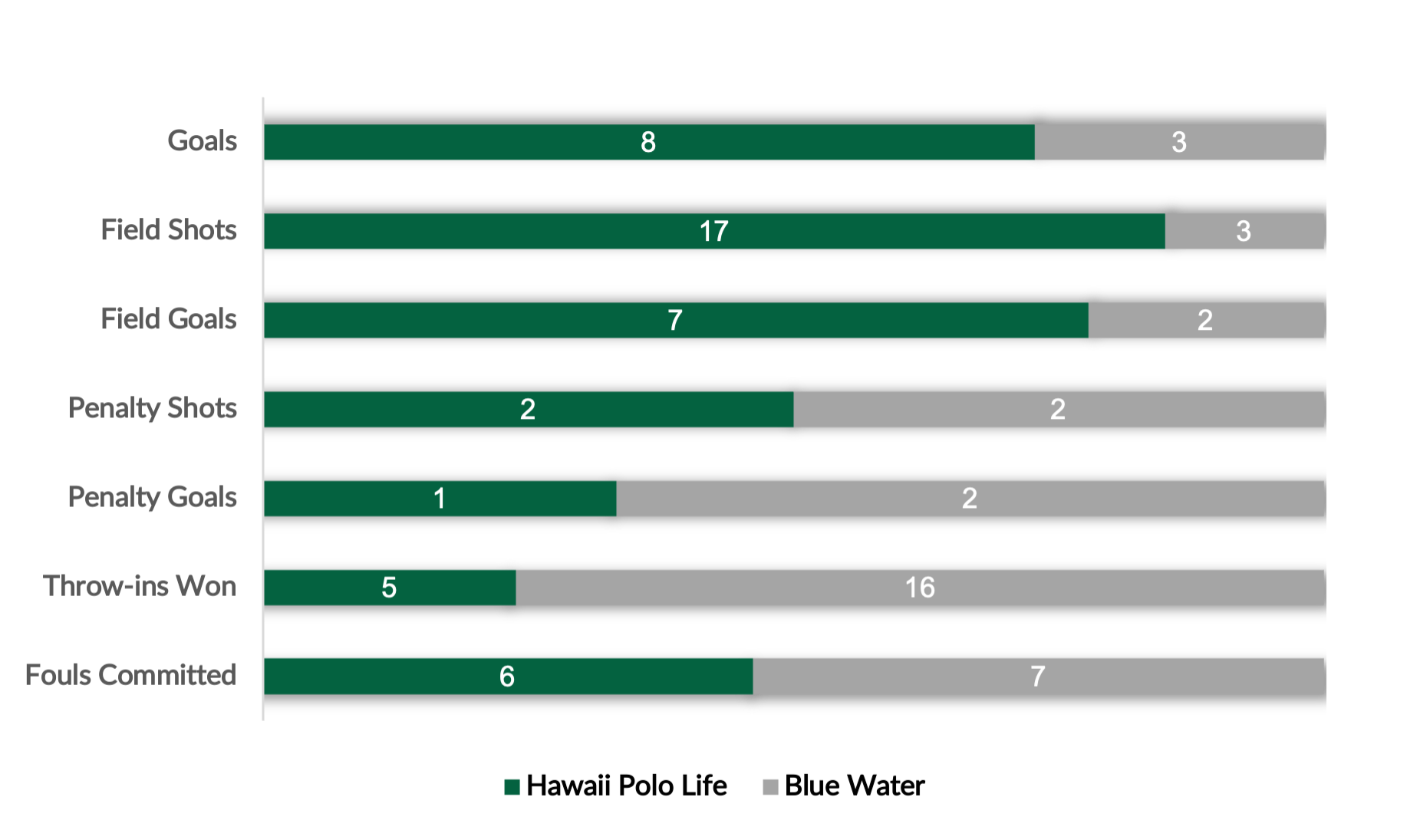 Turning to their defense to begin the second half, Hawaii Polo Life held Blue Water scoreless for the third time in four chukkers, preventing a comeback from the hard-working Blue Water team. Hawaii Polo Life’s fourth member Cecily Coors scored her first goal of the final on a pass from Jackson as time ticked down and their sights were set on finishing their strong performance. Despite conceding goals to Parsons and Kylie Sheehan in the final chukker, Hawaii Polo Life’s Jackson showcased her 10-goal ability with her third goal to secure the 8-3 victory and raise the U.S. Open Women’s Polo Championship® trophy.

Tournament scoring leader Haze Jackson was named Most Valuable player, while Best Playing Pony was awarded to Bionica, played by Mia Cambiaso and owned by J5 Equestrian and La Dolfina.