Wrapping up the quarterfinals of the USPA Gold Cup® at International Polo Club, Sunday’s tripleheader began with Tamera defeating Old Hickory Bourbon 14-8. Resuming play for the second game of the day at La Indiana, a dominant Pilot led by captain Facundo Pieres topped Dutta Corp/Show+ 13-7, while the Feature Game of the Week on U.S. Polo Assn. Field 1 saw reigning Gold Cup Champions® Scone take the field against Coca-Cola. Led by father-son duo of Adolfo and Poroto Cambiaso, Scone built an early lead, but as heavy rain began fall, the match was rained out at halftime with Scone ahead 7-3, leaving the remainder to be played on Monday.

Each holding a 1-2 record, Old Hickory Bourbon/Airstream and Tamera kicked off the action on Field 5, with Stevie Orthwein striking first for Old Hickory/Bourbon/Airstream in the opening minute of play. Following a strong response from Tamera’s Magoo Laprida and Segundo Saravi, the two teams began a heated back-and-forth battle trading five goals for a slim 5-3 Tamera lead. Despite Old Hickory Bourbon/Airstream committing ten fouls in the first half of play, Tamera was only able to capitalize twice on six penalty shots, keeping their opponents in contention as Tamera took a narrow 5-4 advantage into the break.

Opening the second half with Matias Magrini’s second successful conversion from the line, Old Hickory Bourbon managed to tie the game 6-all, but despite another goal in the fourth off the mallet of Magrini, the chukker firmly belonged to Tamera. Finally breaking the contested match open from the field, Tamera’s Segundo Saravi, Alejandro Poma and Laprida combined for four goals to create much needed separation from Old Hickory Bourbon/Airstream with a three-goal lead. Following an injury to Santino Magrini and substitution of Martin “Facha” Valent, Old Hickory Bourbon/Airstream was suddenly faced with the task of readjusting their strategy on the fly against a firing Tamera.

Carrying their momentum into the final chukkers of play, Saravi hit his fifth goal of the day, while 83% field shooter and team captain Diego Cavanagh capped off a successful day with his fourth. Getting his name on the scoreboard for the first time in match, Joaquin Panelo answered for Old Hickory Bourbon/Airstream on a Penalty 2 conversion and a field goal late in the sixth chukker. Despite Panelo’s final push, the dominance of Tamera doubling Old Hickory Bourbon/Airstream in both field shots and goals made the difference, as Tamera took their place in semifinals with the 14-8 victory. 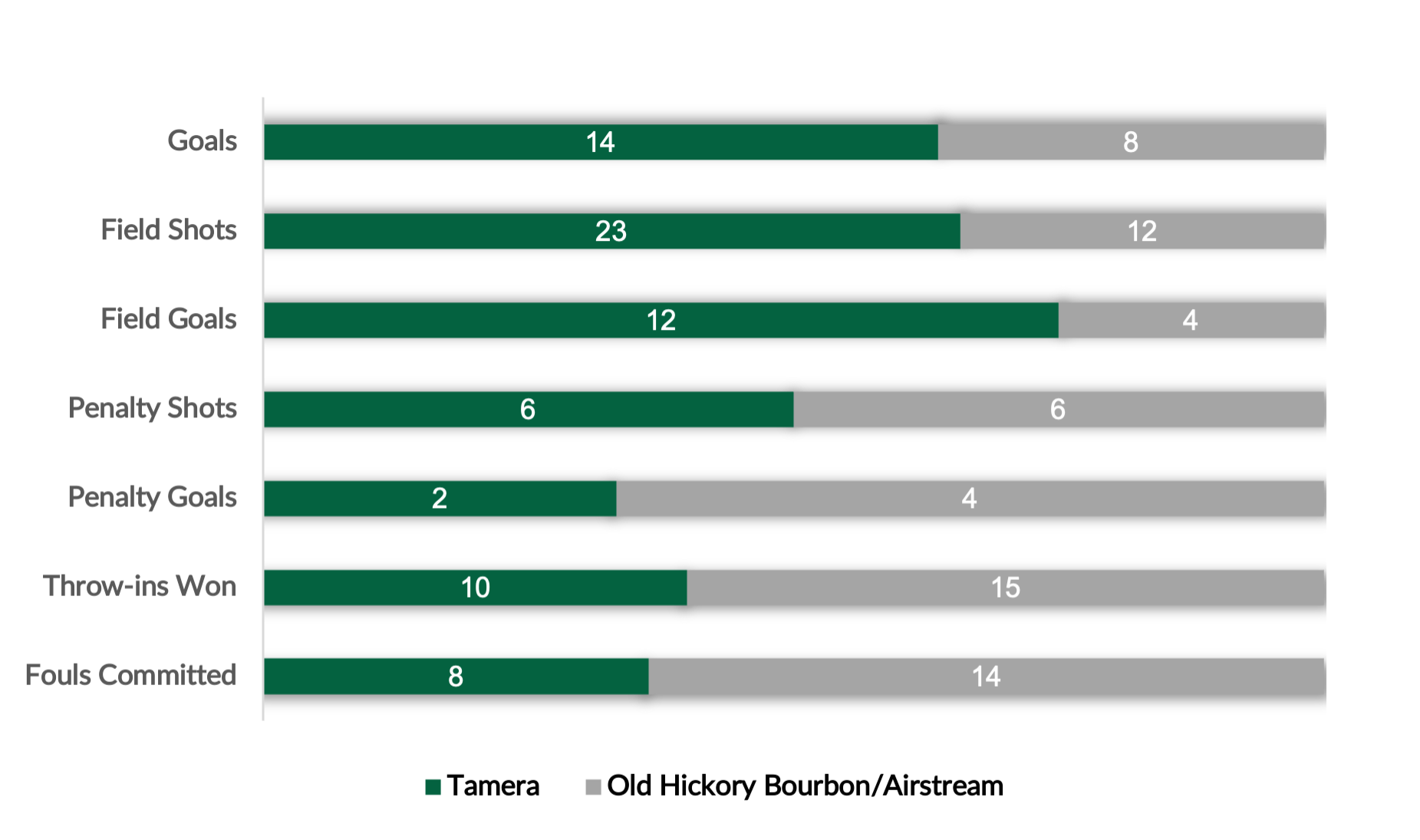 Playing the second match of the day at La Indiana, two undefeated teams in Pilot and Dutta Corp/Show+ battled in a high-scoring contest. Inaki Laprida found the posts first for Dutta Corp/Show+, however, the early back-and-forth match resulted in a quick answer from Pilot’s 10-goaler Facundo Pieres and Mackenzie Weisz. Leading Pilot with forty-eight goals and only second to Park Place’s Hilario Ulloa in the GAUNTLET for top scorer, Pieres’ early success saw him find the goal twice more in the first half. Answering in stride for Dutta Corp/Show+, a team effort from Joaquin Avendano, Tomas Garcia del Rio and Timmy Dutta pulled the score to within one goal, to trail Pilot 5-4 at halftime.

Remerging with a charge, Facundo Pieres dominated the fourth chukker scoring three consecutive goals from the field to provide Pilot with their first separation of the game and a four-goal lead. Temporarily stopping the run for Pilot, Laprida managed to hit the posts for his first goal since the opening chukker, however the momentum had shifted firmly in Pilot’s direction, as Weisz and Pieres worked in tandem once again to double up their opponents 10-5. Committing only five fouls between the two teams, Pilot’s ability to keep Garcia del Rio off the line resulted in a match decided largely on the strength of Pilot in the field, resulting in two more goals between Matias Torres Zavaleta and Weisz. Capping off a successful day in the field with five goals on eight shots, the power of Pieres and strong team play throughout the match allowed Pilot to capture the 13-7 win and remain undefeated entering the semifinals. 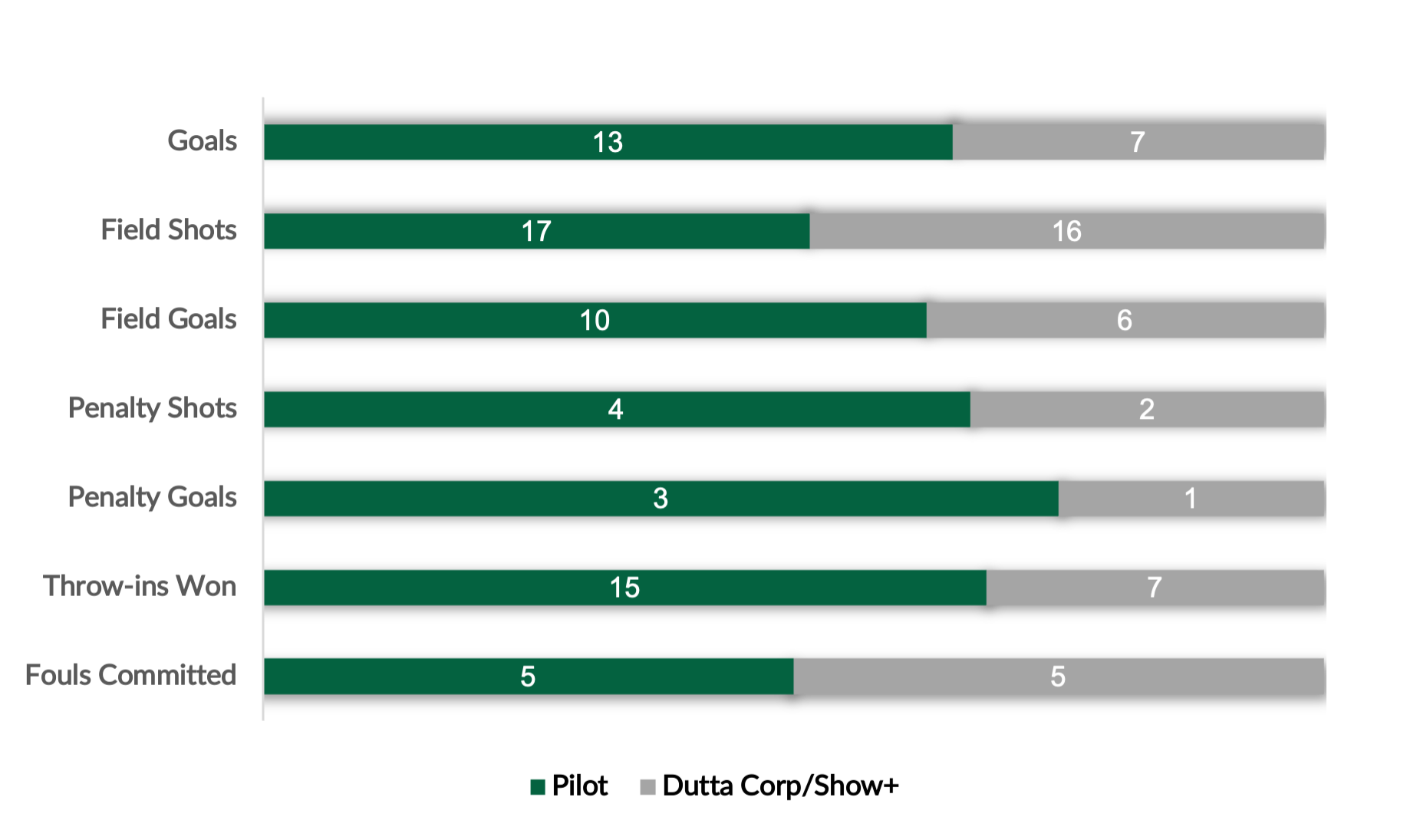