Following the excitement of the C.V. Whitney Cup® final, the USPA Gold Cup® kicked off on Tuesday at Everglades with Cessna and Coca-Cola needing overtime to determine a winner. Just moments into overtime, Cessna’s Gringo Colombres scored the golden goal for the 13-12 win, their first of the season.

A game featuring multiple swings in momentum, Cessna began with an accurate attack to build a lead and needed two key conversions late in the game to force overtime. Led by seven goals from Colombres, Cessna shot 50% from the field while finishing a perfect 5 for 5 from the penalty line. Coca-Cola had 9-goaler Nico Pieres in the line-up for the first time this year and he produced an exceptional debut, finishing with 10 goals but inaccurate shooting late in the game allowed Cessna to force overtime and claim the eventual 13-12 victory.

Beginning the game with one-goal on handicap, Cessna raced out of the gate with three consecutive goals, two from Colombres and one from Miguel Novillo Astrada to hold a 4-0 lead just minutes into the game. Resetting after the slow start, Pieres found the goal before the end of the first chukker and built momentum for Coca-Cola into the remainder of the half. A field goal from de Lusarreta and penalty 3 conversion from Pieres quickly restored the one-goal difference from the opening throw-in, but after a scoreless second chukker, Cessna surged back into the lead. Converting both penalty opportunities, Cessna scored the three of the final four goals of the first half to enter halftime with the 7-4 advantage.

The fourth chukker featured the emergence of Pieres as he singlehandedly contributed four goals on perfect 3 for 3 penalty shooting, along with one field goal to quickly turn a three-goal deficit into a tied 8-8 game. Limited to just two shot attempts over the fourth and fifth chukkers, Cessna struggled to keep pace with Coca-Cola in open play, but Colombres found the goal on consecutive Penalty 2 attempts to keep Cessna within reach. Finishing the fifth chukker with his ninth goal of the game, Pieres gave Coca-Cola their first lead at an opportune time, entering the final chukker with a narrow 11-10 lead.

With time ticking down and Coca-Cola clinging on to their one goal lead, Cessna took a Penalty 5 down the field and Astrada found Colombres on the end of a pass to send the game into overtime. Turning to their set play attack to begin overtime, Cessna took a knock-in the length of the field and it was Colombres who secured Cessna’s first win of the season with the game-winning goal for the 13-12 victory. 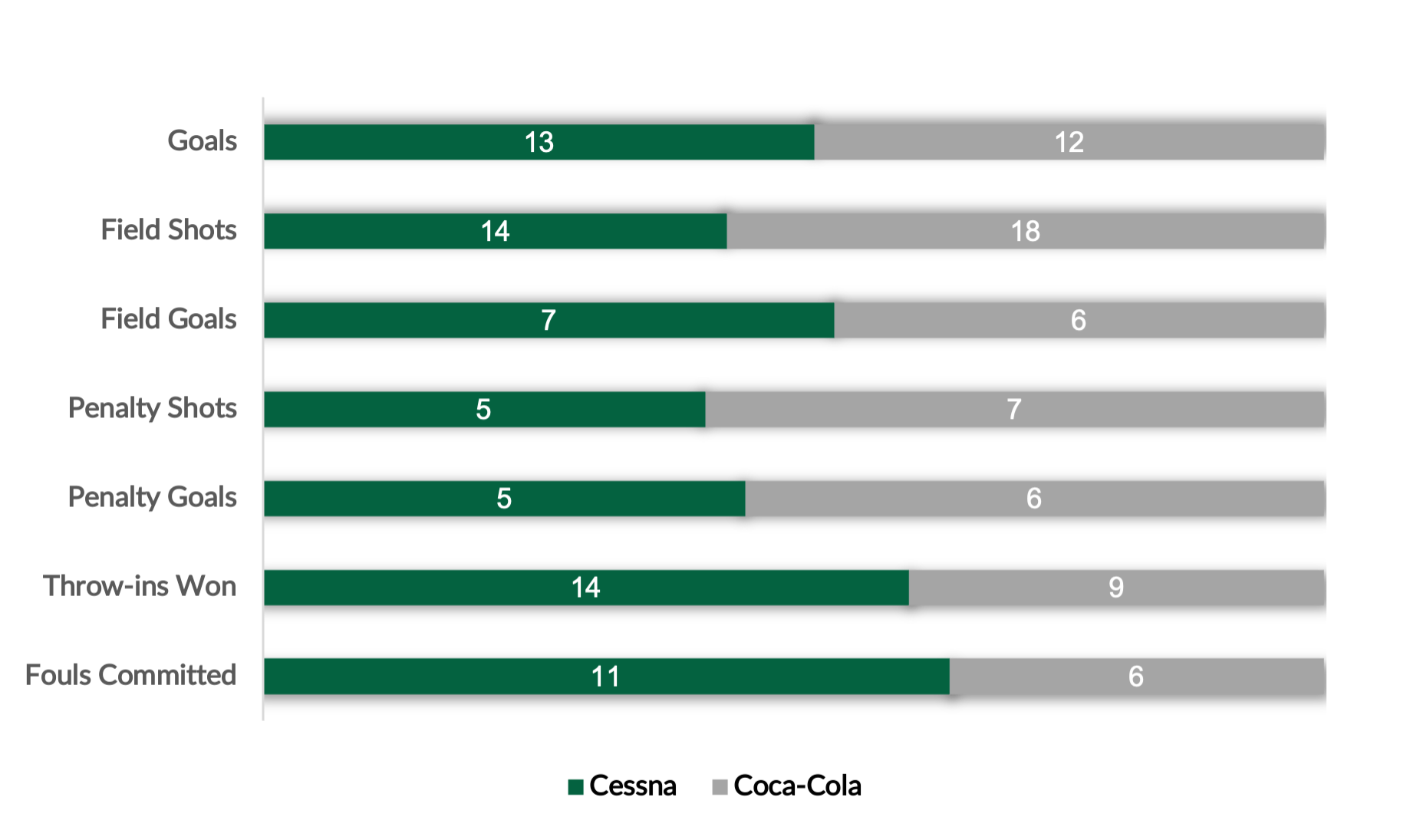 Play resumes in the USPA Gold Cup® on Wednesday with two new teams making their debut in the Gauntlet of Polo®. La Fe faces CK Shack at 10am ET, while SD Farms is challenged by newcomer Old Hickory Bourbon/Airstream at the International Polo Club Palm Beach.