An exciting conclusion to the 2019 King Power Gold Cup at Cowdray Park Polo Club produced an overtime thriller, with Dubai’s Camilo Castagnola scoring the winning goal to capture the prestigious title in the 13-12 victory over VS King Power.

In front of a full capacity crowd, Dubai and VS King Power battled until the final second, with brothers Bartolome and Camilo Castagnola proving to be a formidable duo, combining for 13 goals and seven assists in a memorable performance. A fast pace was set between the two teams, resulting in Dubai running toward goal, but VS King Power’s efficiency from the field allowed them to match Dubai’s offensive output. Finishing 67% from the field, including the final five shots of regulation, VS King Power was led by a seven-goal performance from Polito Pieres, but a relentless Dubai counterattack in the late stages of the game was ultimately the difference as Dubai celebrated the overtime victory.

VS King Power weathered an early storm from Dubai, who received two early penalty attempts, converting one to take the lead after Marcos Di Paola jumped on an unforced error to put VS King Power on the scoreboard. Pieres quickly followed with a goal on the following throw-in to give VS King Power the early 2-1 lead to end the first chukka. Camilo Castagnola responded with an impressive second chukka, converting a Penalty 2, while contributing on both goals from the field to push Dubai into the lead. VS King Power were kept on the defensive to end the first half, producing just two shots on goal over the second and third chukkas, but foul trouble from Dubai led to three penalty attempts in the third chukka. Converting just one of the three attempts kept VS King Power trailing as Dubai held the 6-4 lead at halftime.

In a decisive chukka of the game, VS King Power came out invigorated to begin the second half, winning all four throw-ins in the chukka to dominate possession and keep Dubai pinned in their own half. Perfect shooting from the field for VS King Power, led by two goals from Top Srivaddhanaprabha turned a two-goal deficit into a two-goal lead, changing the tone of the game with two chukkas remaining. A determined Dubai team responded with five shots in the following chukka, but inaccurate shooting produced just one field goal, while their indiscipline led to two penalty goals for Pieres, extending VS King Power’s lead to three. The potent attack of Dubai came alive to begin the sixth chukka, scoring three unanswered goals, two off the mallet of Bartolome Castagnola to tie the score at 11-11, much to the excitement of the spectators. Pieres’ seventh goal of the game left VS King Power minutes away from the victory, but Dubai’s Camilo Castagnola scored the tying goal inside the final 30 seconds, sending the game to overtime. A missed opportunity for VS King Power to begin overtime allowed Dubai to build an attack, with Camilo Castagnola attempting multiple runs until finding space inside the 60-yard line to send a neckshot through the goal and complete the thrilling comeback to capture the 2019 King Power Gold Cup. 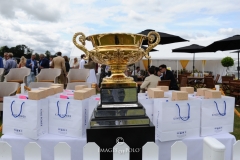 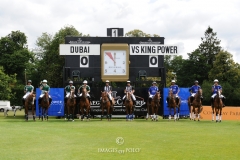 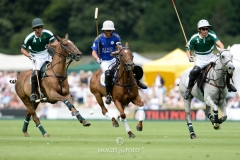 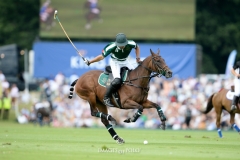 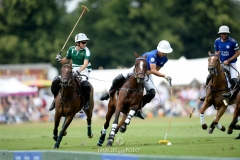 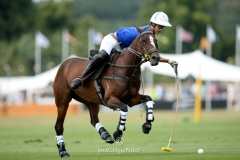 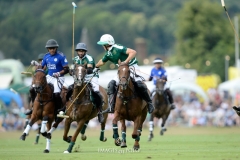 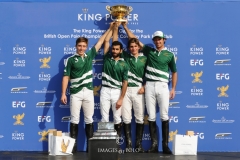 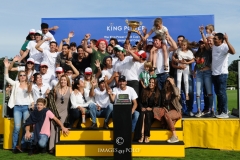