A thrilling semi-final day in the 2019 King Power Gold Cup at Cowdray Park Polo Club treated spectators to two exciting matches, with VS King Power narrowly defeating Park Place 11-10, while Dubai displayed a strong performance to reach the finals after the 14-10 victory over Scone.

The first semi-final between VS King Power and Park Place was decided in the final chukka, with the two teams battling until the final minute. A back and forth game saw the score tied after four of the six chukkas, but VS King Power found a slight edge late in the game behind their performance from the throw-in line, winning 16 of 24 throw-ins. Polito Pieres and Hilario Ulloa led their respective teams with seven goals each, but foul trouble late in the game for Park Place gave VS King Power the edge they needed to convert two penalty goals in the final chukka to claim victory.

Even from the opening throw-in, Park Place fought to take the early lead behind the efforts of Juan Britos, who contributed a goal and an assist in the first chukka, but three fouls gave VS King Power the extra possessions they needed to leave the score tied at 2-2. Losing 7 of the final 8 throw-ins of the half, Park Place were forced to protect their own goal, but produced an organised defence that led to a strong balanced attack to hold a slim one-goal lead. VS King Power countered with a balanced attack of their own, with perfect 3 for 3 shooting from the field in the third chukka restoring the tie as Juan Martin Zubia, Marcos Di Paola and Polito Pieres all found the scoresheet.

With a spot in the finals on the line, 10-goaler Hilario Ulloa and 9-goaler Polito Pieres displayed their elite status, trading goals throughout the second half. Park Place continued to fight foul trouble, committing five fouls during the fourth and fifth chukkas, but conceded just one Penalty 2 to remain tied at 8-8. Neither team was able to find breakaway runs to goal in a tightly contested game, leaving the result to the final seven minutes. Scoring all four goals for his team in the second half on perfect 100% shooting from the field, Ulloa gave Park Place the 10-9 lead, leaving VS King Power desperate for late offensive chances to tie the game. After Pieres’ second penalty conversion of the chukka tied the game at 10-10, VS King Power took the lead on the following throw-in with Di Paola finding Zubia who finished the run to secure the victory, sending VS King Power into the finals of the King Power Gold Cup.

With one spot remaining in the final, Dubai looked to prevent Scone from reaching their second consecutive final with a relentless attack that was led by Camilo Castagnola. Producing 13 shots at goal, Camilo Castagnola highlighted a Dubai attack that was accurate throughout the second half, shooting 70% compared to just 22% for Scone in what proved to be the difference in the game. Bartolome Castagnola was effective utilising the pass, assisting on numerous Dubai goals in the 14-10 victory.

Scone came out in the first chukka with a quick attack that set up a first chukka of end-to-end action, but converting just one of their five attempts prevented them from taking the early lead. Rashid Albwardy ended the opening chukka with his first goal of the game, giving Dubai the one-goal advantage while Scone struggled to contain the pace set by the Castagnola brothers. Continuing his strong play, Camilo Castagnola produced three goals in second chukka, including a Penalty 2 conversion, that propelled Dubai into a three-goal lead by forcing the defence of Scone to be stretched in an attempt to cover all facets of the Dubai attack. Fouls committed by Dubai before the end of the half provided Scone with the opening they needed, as Nico Pieres scored three goals, two of which coming from the penalty line to turn a three-goal deficit into a 6-6 tie, leaving the second half to determine the second finalist.

After an even fourth chukka that saw the score remain tied, the fifth chukka was ultimately the deciding chukka in the game, as Dubai grabbed control of the game. Perfect 3 for 3 shooting from the field along with a Penalty 4 conversion for Dubai kept Scone pinned in their own territory, fighting to slow a Dubai attack that was taking advantage of each opportunity throughout the second half. Bartolome Castagnola stepped into the spotlight, scoring three goals to give Dubai the commanding four-goal lead, with one chukka standing between them and a spot in the finals. Ignatius Du Plessis and Camilo Castagnola quickly added to the lead, completing a run of seven unanswered goals for Dubai to all but secure the game. Nico Pieres added his sixth and seventh goals in the late stages, but Dubai finished with a commanding 14-10 victory to advance to the finals, where they will face VS King Power for the prestigious King Power Gold Cup. 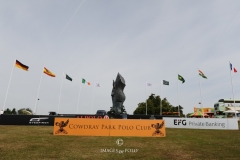 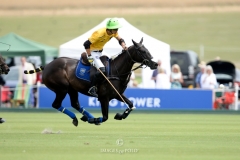 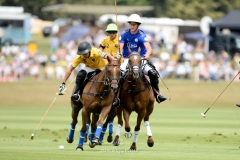 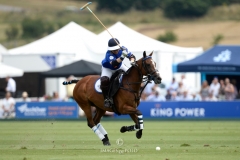 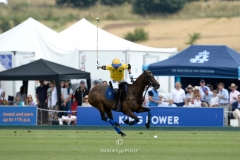 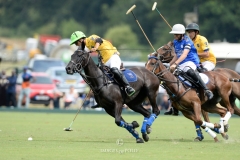 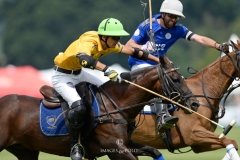 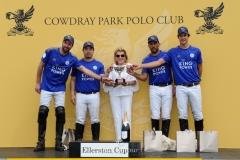 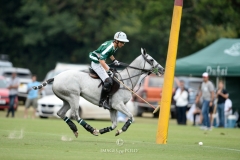 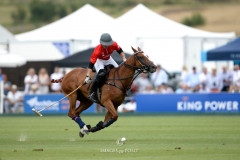 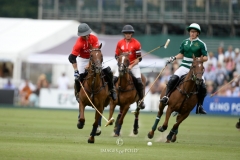 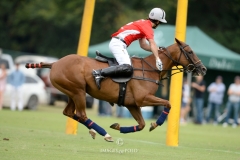 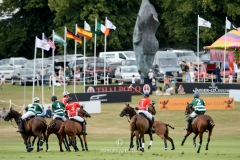 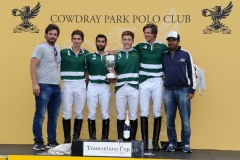